Though she managed to make her mark on Hollywood, the actress' journey wasn't always easy

Priyanka Chopra is one of the few celebrities who’ve managed to successfully make the move from Bollywood to Hollywood and become a household name in not only her home country of India, but all around the world. But in her new memoir, the actress reveals that it wasn’t always smooth sailing for her in the US.

After growing up with her parents in India, Chopra moved to the US aged 12 to live with extended family in New York. Ahead of the release of her first book Unfinished, which comes out on February 9th, Chopra detailed the racist bullying she experienced while in the country, revealing that after three years of enduring the torments from her American peers, it got so bad that she ultimately decided to return home to India to finish high school in India.

It was at school in Massachusetts where Chopra endured the worst bullying with her classmates yelling things such as, “Brownie, go back to your country!” and “Go back on the elephant you came on” as she walked down the hall (per People).

“I took it very personally. Deep inside, it starts gnawing at you,” Chopra said of the experience. “My confidence was stripped. I’ve always considered myself a confident person, but I was very unsure of where I stood, of who I was.”

“Now, at the other side of 35, I can say that it probably comes from a place of them being insecure. But at that time, I took it very personally,” she said.

Once Chopra got back to India, she regained her confidence and started experimenting with acting. In 2000, aged 18, Chopra won Miss World, before going on to become one of Bollywood’s most famous actresses. In 2015, she made the move to Hollywood, after landing the lead role in Quantico. In 2018, she famously married musician Nick Jonas, whom she celebrated two years of marriage to in December. 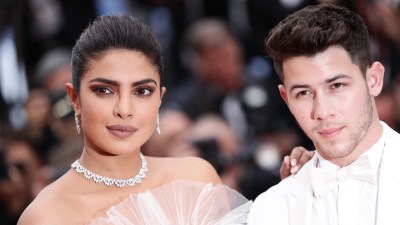