Though the royals are adamant that they don't watch the show, Princess Diana's brother definitely does

It’s easy to forget when you’re midway through a lengthy binge of The Crown that the people you’re watching are not only real, but most of them are still alive today.

Imagine for a second how weird it would feel to have the entire world watching your private family drama, speculating about the ins and outs of affairs, marriage breakdowns and feuds and feverously consuming any and all media available once all 10 episodes of The Crown season four have been exhausted – (personally, I’d recommend the podcast series You’re Wrong About or the Diana: In Her Own Words documentary). But that’s exactly what not only the royals are dealing with right now, but also Princess Diana’s family, the Spencers.

Last week, it was reported that the royals are none too happy about the show’s portrayal of Prince Charles amid his messy divorce with Diana – and that they think the way the future king has been depicted on screen is “cruel and unfair.”

Now, Princess Diana’s brother, Charles Spencer, has added his own thoughts, namely that he wants viewers to remember that The Crown is a work of fiction.

According to People, during an appearance on Love Your Weekend with Alan Titchmarsh, Spencer said, “You can hang it on fact, but the bits in between are not fact.” He also said that the new season of the show, which focuses on his sister joining the royal family and the subsequent marriage breakdown, is filled with “a lot of conjecture and a lot of invention.”

When asked whether he felt any unease watching the recreation of his sister’s story on the Netflix series, Spencer replied, “There is a bit. Actually, The Crown asked if they could film at Althorp [the Spencer family’s ancestral home], and I said obviously not. The worry for me is that people see a program like that and they forget that it is fiction,” he said. “They assume, especially foreigners, I find Americans tell me they have watched The Crown as if they have taken a history lesson. Well, they haven’t.”

Diana’s brother also noted that he’s speaking out about his sister’s role on The Crown because he “very passionately” wants to “honor [Diana’s] memory.”

He explained, “I feel it is my duty to stand up for her when I can … She left me, for instance, as guardian of her sons, so I feel there was a trust passed on. And we grew up together. If you grow up with somebody they are still that person—it doesn’t matter what happens to them later.” 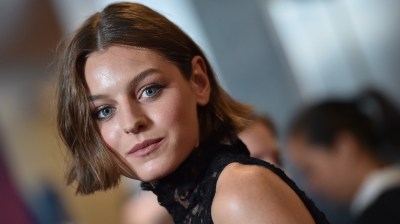 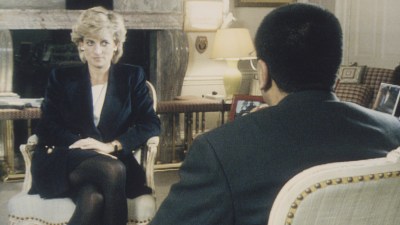