It’s not often the creative director of a major fashion house sets out to humble her label through her next collection. But that’s exactly what Miuccia Prada decided when it came to Resort 2020. Post-show, yesterday in New York, she described this mid-season collection as “the opposite of pretentious”. In a kind of renegade earthing, she stripped back any ostentatious gravitation she might have had and used “simplicity as a protest against too much.” Mrs. Prada reasoned that she is “sensitive to the political situation” so she opted for a a collection that she listed as being intentionally “naïve, cotton, simple.”

Perhaps this deprecation is apt in both meaning and for its refreshing takeaway, but in practicality, this is still a beautiful collection offering exactly what resort should: attractive wearability that spans a wide range of customer. Overall, the look was a layered, vintage type of man-repeller. Suit jackets and coats were intentionally mismatched with smocked, folk art blouses then given hints of Mrs. Prada’s autumn winter grunge aesthetic with the addition of tube socks and trekking boots. Loosely, it formed an image of a kind of reckless Heidi of Swiss mountains fable. A chic woman proficient with both a yodel and latte.

Prints were ripe, too, as we see an overall seasonal shift to op-shop quantities of anything-goes textiles. Pinstripes, checks, plaids, grandma knits, brightly coloured satin saloon skirts and a décor of kitschy scarves formed a melting pot of style in a decidedly convincing show. It was a show with thoughtful styling, not just key pieces, one the best things about the resort collections. Due to their more casual nature, layers and ideas need to be high on the agenda for designers, they cannot rely purely on show-stopping garments. Mrs. Prada’s styling is always a source of inspiration and this show was no different. Her resort wardrobing this year sees us already finding reasons to duplicate. To form art-class-esque ensembles of men’s shirts, vintage knits, ankle-length pleat skirts and a healthy yet unexpected menu of waxy Liberty prints.

In an era of over-offering, its understandable that Mrs. Prada is feeling a responsibility to lead by example. Easy cotton pieces that don’t pigeonhole via narrative, but get back to what clothes should be – wears for the wearer. But however general she may have purported this collection to be, it is still Prada (featuring Gigi, Kaia, Adut and Freja) offering bucketloads of sartorial imagination.

Here are our top 5 takeaways 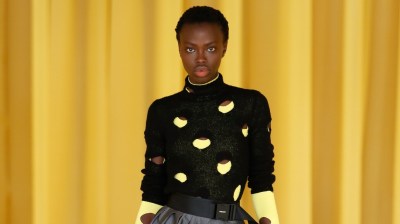 When Miuccia Met Raf: The Official Unveiling Of Prada 2.0 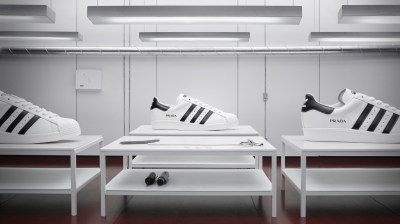 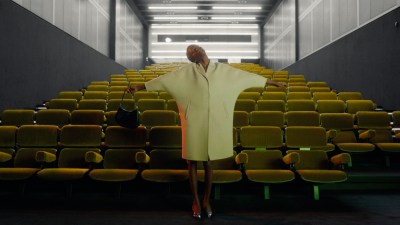 The Show That Never Happened. Prada’s Simple Take On A Complex World 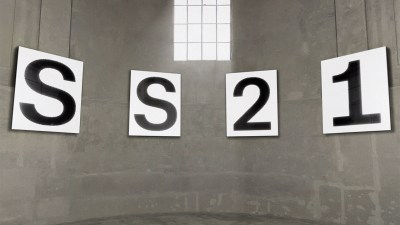 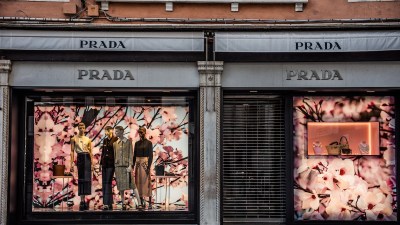 Prada, LVMH And Kering Are Making Millions Of Masks And Medical Equipment To Aid The Coronavirus Crisis 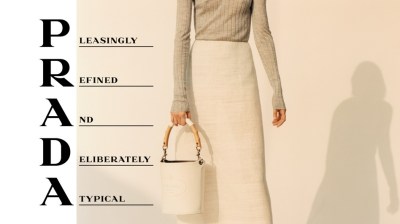