Take the plunge on a hotel nonpareil

Pier One Sydney Harbour – a hotel every bit deserving of its incidental acronym – straddles the divide between past and present, showmanship and discretion 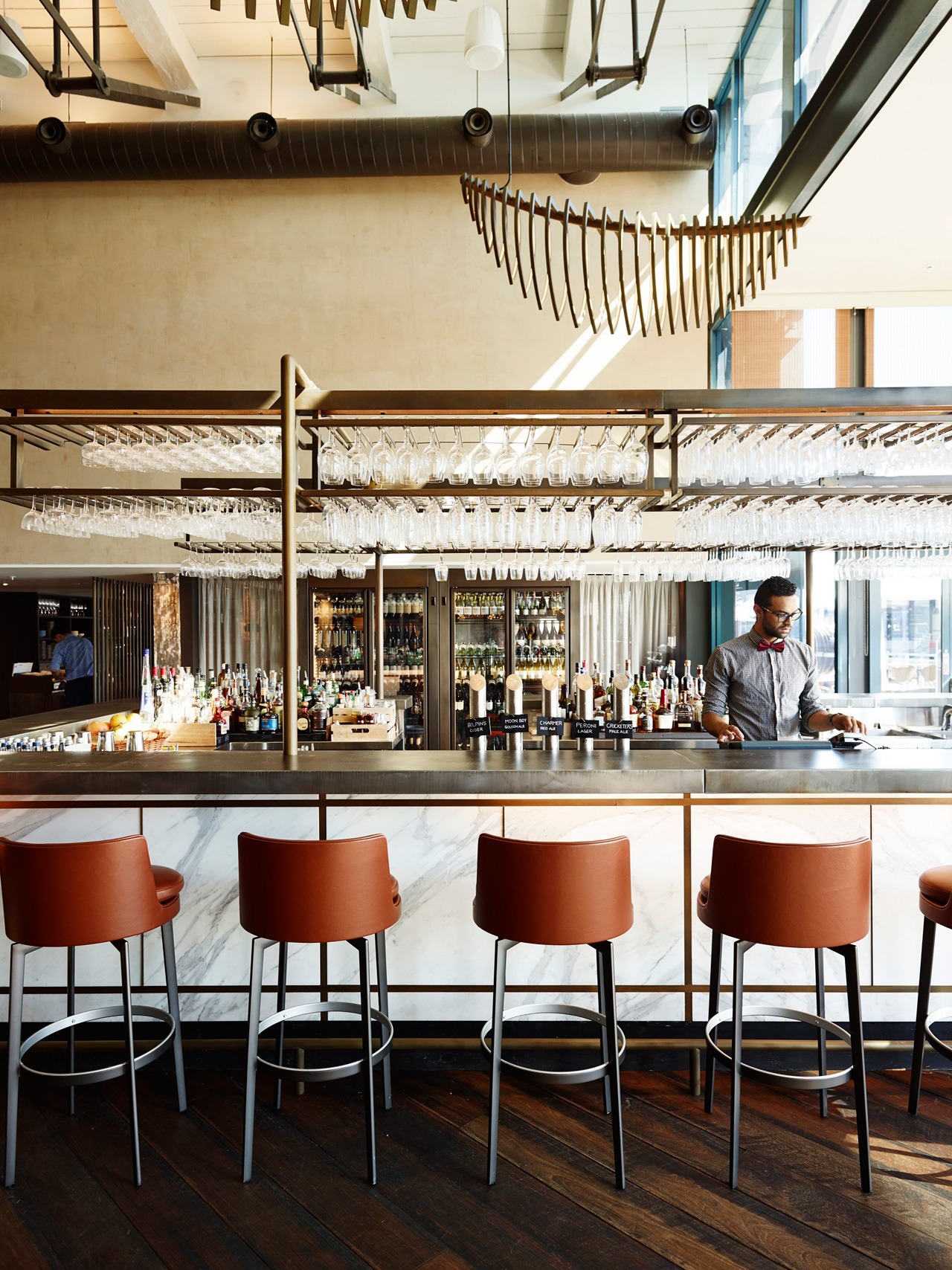 The bar at The Gantry, Pier One Sydney Harbour's flagship restaurant 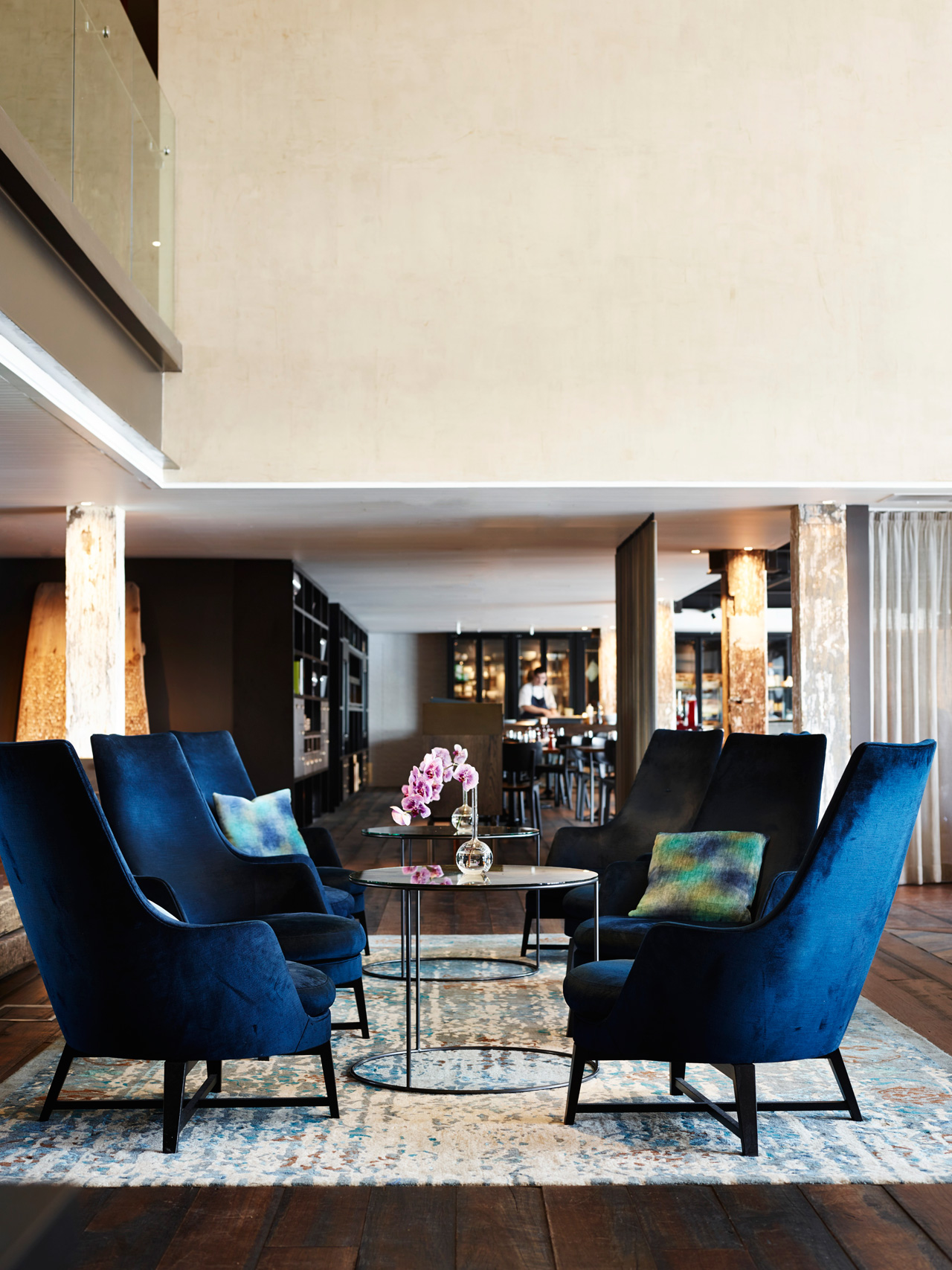 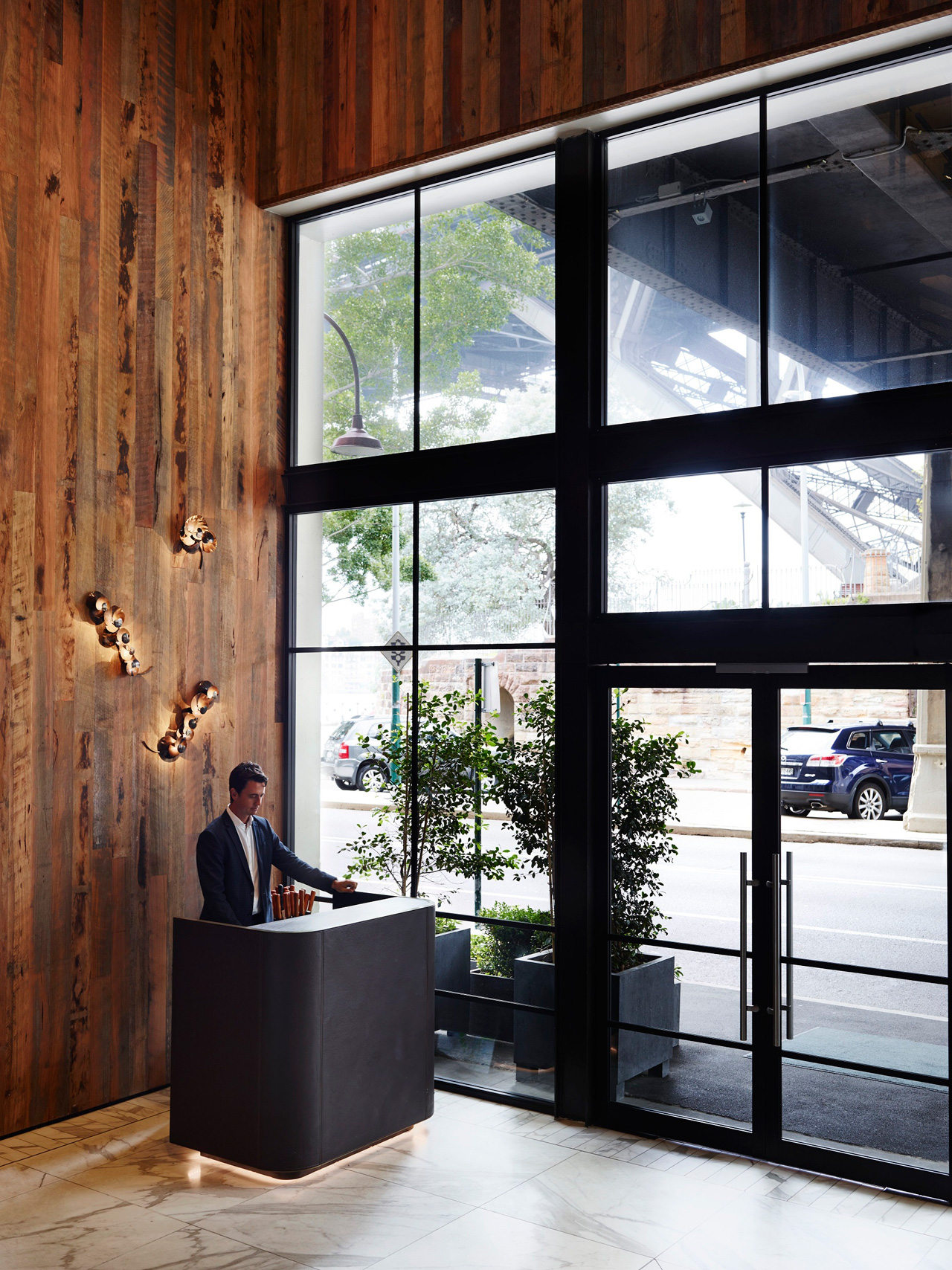 On a recent summer evening, Pier One is positively humming with life and a friend with whom I’ve arrived to attend a function is nothing short of gobsmacked. ‘How did I not know about this?’ is a recurring refrain – from a lifelong Sydney resident, mind you – as we survey the scene. Guests arrive laden with hard-shelled suitcases, greeted not only with champagne on arrival, but a tray of chocolate encased strawberries. Ample spaces in both the bar and its adjacent restaurant are abuzz with end-of-year festivities, temporary visitors to the hotel revelling as much in the golden hour glow as they are in each others’ company. An Australian-born and US-based editor, feted overseas as much for her savvy as her humour, holds court at a nearby table. Pier One is, allegedly, the only place she’ll stay when in town.

Across the way and strung between the former shipping wharf, built in 1912, and its neighbouring pier, three nimble-footed tightrope walkers navigate their perilous hobby in carefully measured increments. Passing back and forth, they straddle the divide between Pier One and the neighbouring Walsh Bay Arts Precinct, between air and water, balance and abandon – their hair and barely-there activewear slick with evidence of failed attempts to traverse the gap before plunging into the harbour below.

In a similar fashion, Pier One Sydney Harbour – a hotel every bit deserving of its incidental acronym – straddles as many, if not more, worlds. The city’s past and present, its showmanship and its discretion. It’s a dynamic that, as a guest, you find playing out throughout each of the 189-room hotel’s spaces, public and private alike. And did I mention that it’s dog friendly?

Where better to start than with the Harbour View Balcony Suite? The suite, positioned at the farthest end of the pier, doesn’t simply overlook Sydney Harbour and bridge as much as it’s as deeply ensconced within that iconic vista as possible. That view, one you’d be hard pressed to grow tired of, encompasses both the whirring of Luna Park and the frenzy of activity taking place on the street below.

The wedding parties assembled to capture their happiest day against the unmistakable vista, whatever the weather. Those in the grips of a post-work workout, their intensity petering out momentarily as the allure for an irresistible photograph grows stronger the nearer they draw. The rubbernecking tourists staring skyward for a glimpse of the best room in the house, their gaze shielded by a furnished balcony that’s wide enough that it could fit them all comfortably should you feel inclined to invite them all up for a look inside through the floor-to-ceiling windows that wrap around the pristine interior within, from the living room to the decadent bathroom.

And about that interior: it’s spacious, naturally, at 62 square metres and every inch is equipped in a fashion befitting its pedigree from the well-stocked marble top wet bar to the Bose sound systems and two LED TVs, one in particular rising up from the foot of your king size bed. The arsenal of pillows is a nice touch, as are the Dyson appliances in the bedroom and bathroom; better yet, the selection of Everleigh Bottling Co. cocktails stocked in the mini bar. While it would be tempting to work your way through each, preferably in the standalone bathtub, the pull of Pier One’s bar and restaurant below proves impossible to resist.

Chef Joel Bickford’s menu at The Gantry, the hotel’s moodily lit restaurant, employs a kind of culinary Morse code that’s as impenetrable as it is alluring (and, if you listen to many a critic, divisive). Dishes are simplified (though never simple) to a roll-call of their key ingredients: think ‘Pork belly – seagrapes – saffron – morcilla – squid’. Those willing to put their faith in Bickford would do well to order the seasonal degustation with matching wine pairing. Those more inclined to forging their own path, however, should opt to go off-road and sample an array of à la carte plates paired with something selected from an extensive wine list that manages to be both accessible while also catering to those inclined to more esoteric choices.

An appetiser of crab with trout roe sheathed in wafer thin kohlrabi is beautiful, as fresh as it is light. A dish of sweetbreads with black garlic and radicchio is just as intriguing – a paté-like garlic cream hidden beneath folds of the chicory, the unctuous sweetbreads cut through with its bitterness. But it’s to a dessert of ‘Lemon – mangosteen – liquorice – juniper’ that we would return, with Bickford’s pastry team once again achieving feats with liquorice that would convert even the most staunch aniseed objector.

Earlier this month, Pier One cut the ceremonial ribbon on The Pool, the first ever plunge pool in Sydney Harbour now open to both hotel guests and those dropping by in the pursuit of a good time alike. Adjoining a private pontoon moored to the pier, The Pool offers a full-service summer experience replete with barbecue fare courtesy of the hotel’s resident food truck and on-site smokery, The Kerrigan, and nostalgia laden poolside cocktails. For those not keen on wetting their feet (and more) or whetting their appetite, the option to simply recline or take to the waters on paddleboards or water bicycles is also there.

Or perhaps, if you ask nicely enough, you could try your hand at tight-rope walking. After all, the world of Pier One is your oyster, whichever way you like it: ‘natural – fingerlime – or mignonette’.

It’s a peculiar, though nonetheless extraordinary, problem to encounter when you’re being kept awake late into the night by the lights that line the Harbour Bridge or, hours later, when you rise prematurely with the sun as it breaks over Kirribilli and the city blushes at the embarrassment of its riches. Sleeplessness is never a welcome state, but it’s one to which I would happily subject myself again and again were that view the cause.

topics: ONE AND ONLY, CULTURE NEWS, Pier One, Hotels, SYDNEY, Summer, Events 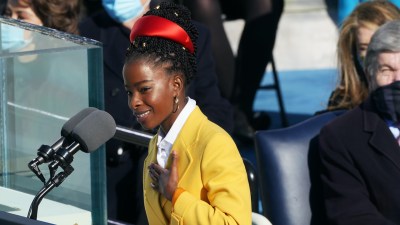