PFW: And As The Snow Fell, Chanel Bid Farewell To Its Legend Karl Largerfeld

Another enriched transportation into the imagination of Mr Largerfeld. The late designer's final collection was everything and more

There’s something intoxicating about a leader that takes the reigns, changes the guard and blocks out the noise. It can be bolshy and arrogant, yes, but to truly make a change in a subjective, speculative business, how else can one be? But its not only groundbreaking and a stealth show of character, it’s a lesson that legendary status takes time. That having stubborn, gun-sticking, blinker-vision is sometimes the only way to see a dream through. All the way through.

Last night, Chanel presented its autumn winter 2019 collection and, as the most talked about event within fashion month (and even on a global news scale) it was to be Karl Largerfeld’s posthumous final bow.

In 1983 he took the reigns at the house of Chanel. So in-demand was the designer at the time that he continued to split his time between Fendi and Chloé and host of other clients. Largerfeld told Women’s Wear Daily at the time that he was “delighted to be working 16 hours a day.” An ethic he maintained until his final days. He ruffled more than a few feathers (and starchy collars) in his debut period, however. In the same article in 1983 he preached his position for change within Coco’s fabled establishment “A very static image has emerged based on Chanel’s last years. So, I’ve looked over her whole career and found something much more interesting.”

And interesting, at the very least, it has been. Largerfeld’s Chanel-vision for more than 35 years has been the antithesis of static. Confident, creative and unapologetically certain about how things were to be done, his collections were the source of constant inspiration for celebrities, models, editors and even, controversially, many other designers. Over the years, and particularly in the last few, Chanel shows have come to be not only a runway of covetable wears, but a transcendence to a glorious, dreamed-up setting. Last February his Fall collection was a recreated trans-seasonal forest full of autumn leaves and deciduous trees. By spring, he had brought La Plage to the Grand Palais, complete with sandy beach and lapping tide. For the couture show in January he imagined us into a movie-type Italian villa decorated with terracotta urns, palm trees and a chic lap pool, and this past December he presented a decadent, artisanal pre-Fall Metiers D’Art Egyptian-themed masterpiece at the Metropolitan Museum of Art in New York. All this inspiration, all this character, all this work…all in one year. His final year.

So, it’s little surprise that last night, for his last journey, (which many allude to the fact he just knew would be so) yet another whimsical Chanel narrative took us on a whirlwind romantic escape. This time? To a classical snow-capped chalet in a faux-alpine village, recreated again within the Grand Palais. After a haunting, but beautifully apt, voice-over taken from Largerfeld’s recent Chanel podcast, the designer lyrically described the collection in French before vibrantly exclaiming in English “It’s like walking in a painting!” How suitable for a man whose whole life was an envisioned painting brought to life. Cara Delevigne was the first to stride the soft replica snow. Her chequered jumpsuit gave inkling to the fact that more eighties notes were on their way, while her black and white overcoat signified the definite return of houndstooth. The happy-clashing of opposing prints continued throughout the first part of the show, with the heavy woollen ensembles playing into the season’s obsession with oversized trousers and overall excess volume. Each look finished with perfectly costume-y accessories in the form of leather wrap belts, lanky jewellery, shearling snow boots and textural brimmed hats. Fair Isle prints in knitwear and outerwear were an appropriate addition to Largerfeld’s log-cabin princess who also happily played the part of winter cowgirl. One whom resides in cozy ochre cardi’s and kitted skirts tucked into vintage ornate gold belt buckles. Not to mention the even more overtly eighties offering of fuchsia, aqua and rouge-y red knits-and-leather combos that further added cult-status to roomy hide trousers.

Finally, ‘twas the snow bunnies who rounded out the collection. Pretty, fluffy tulip skirts paired with sophisticated knits laced with snowflake crystal sparkles were worn by Kaia and Adut and, most notably, Karl’s muse Penélope Cruz. Cruz’s preppy, prettiness was symbolically accessorised by a single white rose. A sweet, polished tribute to the man whose influence on fashion is insurmountable. The sometimes controversial and always opinionated genius who sought beauty in everything. The legend who won the hearts of most everyone who crossed his path (Catherine McNeil’s and Mariacarla Boscono’s tears during the finale spoke volumes) and journeyed through life, through his career and through fashion with an insatiable energy for grand, elegant, sophisticated style. 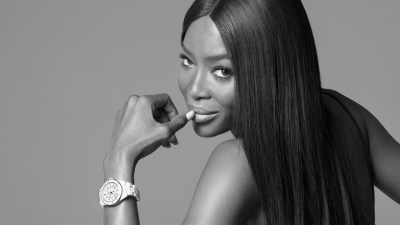 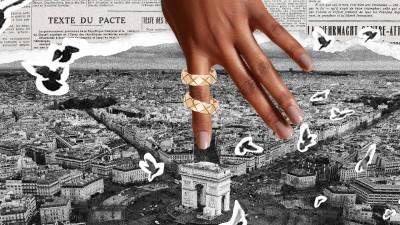 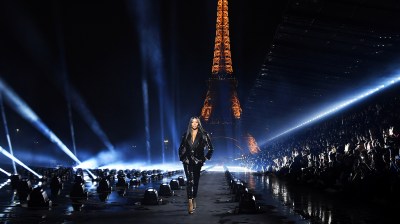 Chanel At The Cinema. Watch Gabrielle Chanel On The Small Screen While You Distance
Next page