According to the Little Mix member, Malik called off their relationship via text Just last year, a few months after news broke that Little Mix member Perrie Edwards and her then-One Direction fiancé Zayn Malik broke off their engagement, I interviewed the girl band. Inconspicuously asking LM member Jesy Nelson what love advice she’d give Edwards, she told her to focus on herself. “I would say, in life you have to do what makes you happy,” she told Edwards. “Because it doesn’t matter what other people think, they’re not living your life and as long as you’re happy, that’s all that matters.”

Edwards instantly began tearing up. “She makes me really emotional!,” she said.  “It makes me feel warm and fuzzy. We’re always there to pick each other up. I’m so sorry, I’m not normally like this.”

I remember wanting to turn my recorder off, reach out to her and tell her I thought the way she handled the extremely public break-up with Malik was commendable and she should be proud. But publicity teams, and the threat of ever landing an interview with that music label again, prevent such happenings.

Now, almost a year on, Edwards has had her say. In a leaked excerpt from Little Mix’s new book Our World, she reveals that Malik actually broke up with her after four years via text. “It was horrible, the worst time in my life,” Edwards wrote. “A four-year relationship, two year engagement ended by a simple text message. Just like that. Even though things in my career were going really well, it was incredibly difficult for me.”

“The girls were amazing, we’d have sleepovers and they’d get my favourite desserts and do everything they could to cheer me up,” she continued. “I surrounded myself with friends and family… I didn’t want to be alone because when I was I’d start thinking about things and get upset.”

Malik, of course, moved on with supermodel Gigi Hadid but not before famously telling Fader in November 2015 that he most certainly didn’t end his relationship over text message.

“If you could word it exactly this way, I’d be very appreciative,” said Malik. “I have more respect for Perrie than to end anything over text message. I love her a lot, and I always will, and I would never end our relationship over four years like that. She knows that, I know that, and the public should know that as well. I don’t want to explain why or what I did, I just want the public to know I didn’t do that.”

The revelations come just one day after Little Mix debuted their new single Shout Out To My Ex on X Factor, a telling message to Malik with lyrics, sung by Edwards, that include This is a shout out to my ex/Heard he in love with some other chick/Yeah yeah that hurt me I’ll admit/Forget that boy I’m over it/I hope she gettin’ better sex/Hope she ain’t fakin’ it like I did, babe/Took four long years to call it quits/Forget that boy I’m over it. 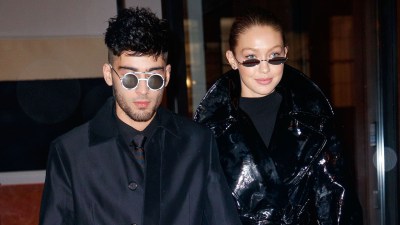 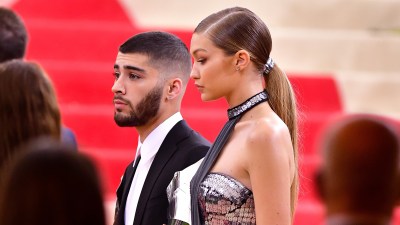