On the (cobblestone) ground in Milano, GRAZIA brings you the best of Milan Fashion Week Spring Summer 2020

From shredded skirts to straight jacket-chic, Milan served up more than burrata and bucatini this week, producing some of the mightiest moments of Fashion Month thus far. Surviving on salumi and Spritz and very little sleep, GRAZIA brings you the highlights from the week that was Milan Fashion Week.

Prada’s Quirky Detailing
We may have missed the show due to a delayed flight, but we enjoyed it up close and personal the next day, its eclectic detailing a treasure trove of bulbous shell chokers, transparent square-framed shades and artful, folded bucket hats even better up close than from afar. Yet another Prada collection to whet the appetite of fashion’s elite.

Fringe Benefits
Shredded and delicious, fringing was seen trimming Fendi’s new floral Baguette bags and at the hem of Sportmax’s plaid print two-piece. But it was MSGM’s shredded one-shoulder shirt and midi skirt in a kind of delicious liquorice all-sorts print that took the sartorial cake. 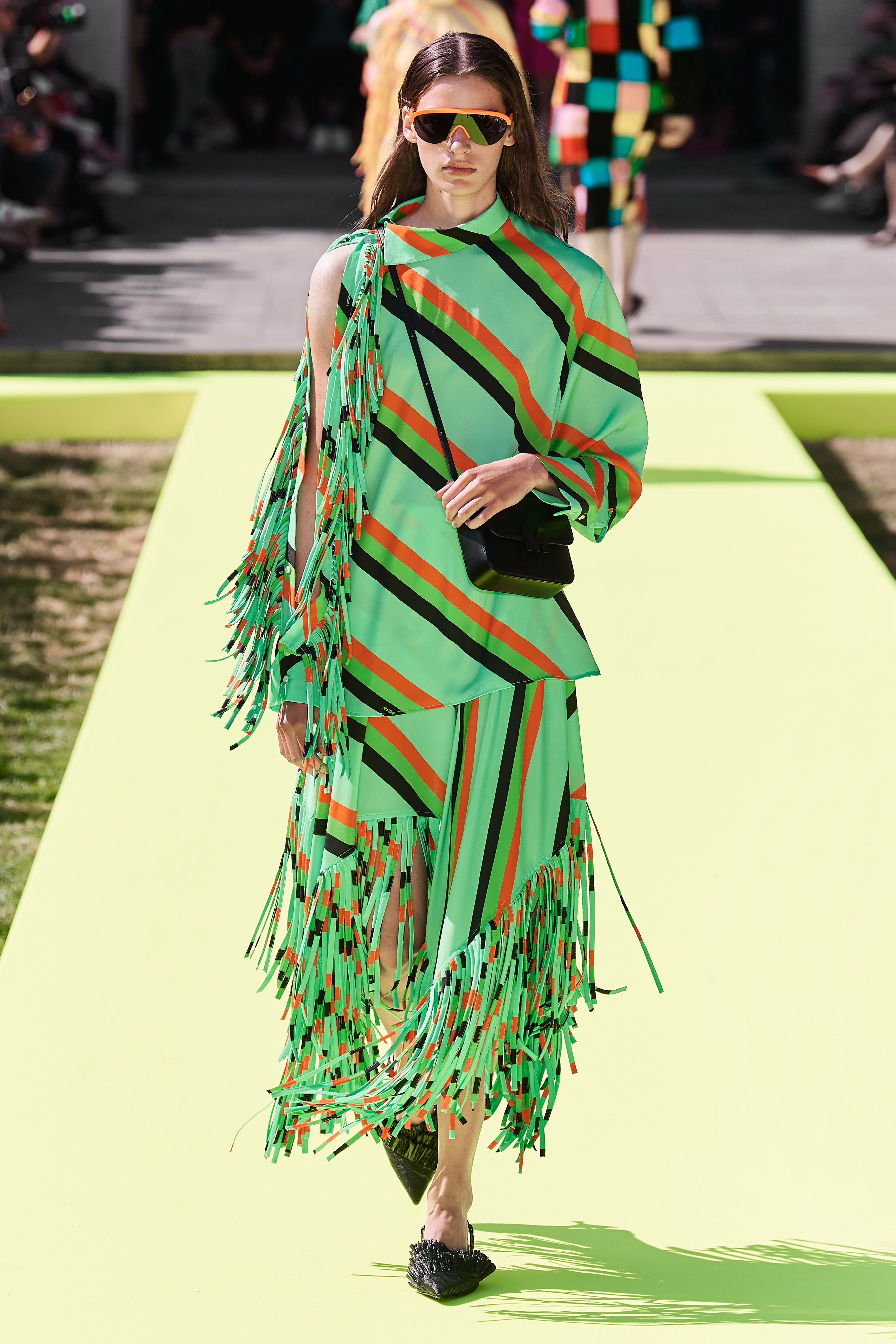 Sportmax’s Smooth Sailing
A spectacular, goosebump inducing show, Sportmax’s refined minimalism was a breath of fresh air in a week which ran the gamut of all-encompassing colour. 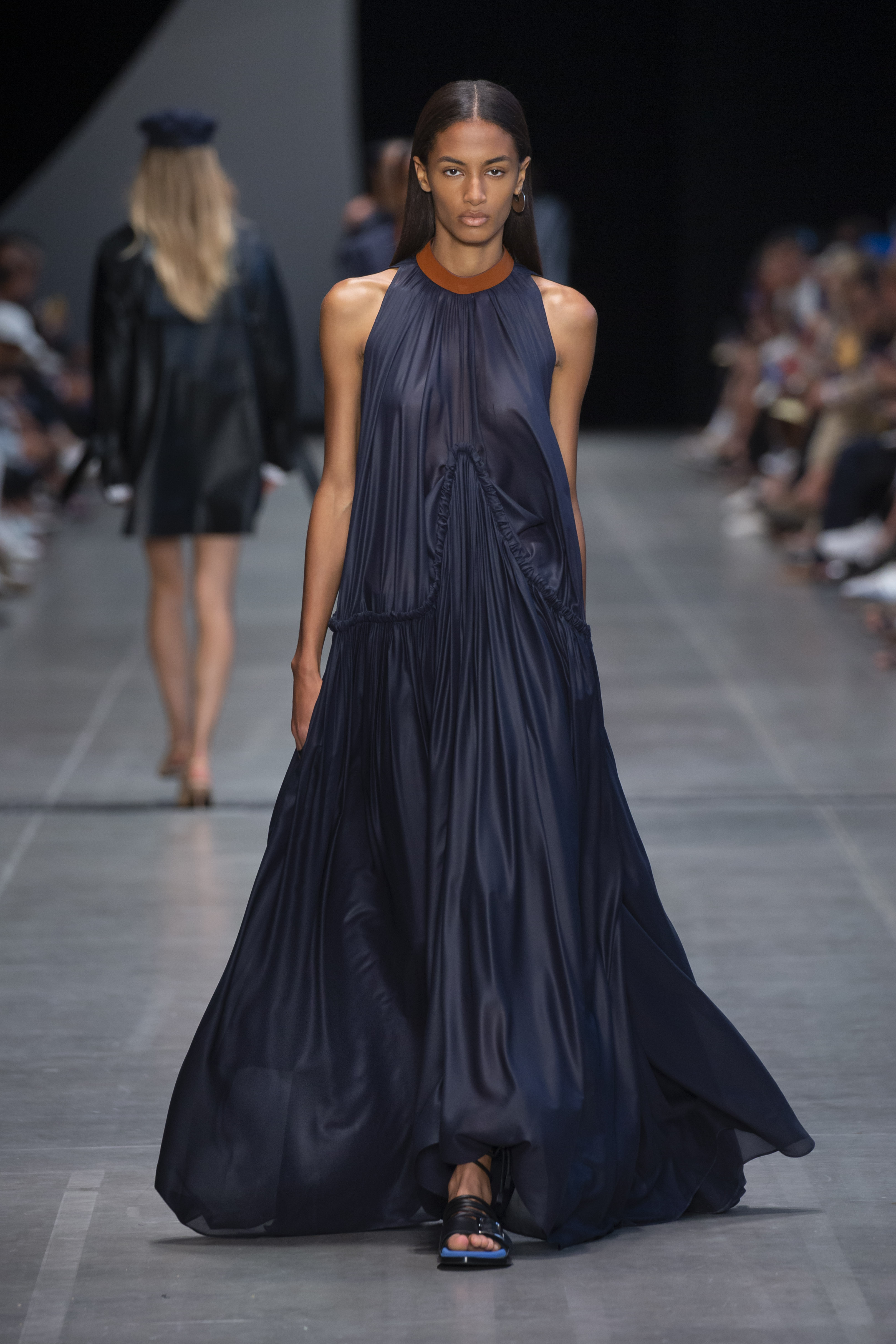 retro revival
Fendi’s retro florals recalled the ’60s and ’70s, while at Emporio Armani, Mr Armani revived the crushed stateen of yesteryear for a series of languid skirts and shirts that shone gloriously under his starry canopy.

That J.Lo Moment At Versace
The strut that was regrammed a million times over. That body. That dress. That walk. Without question, it was the week’s most talked about moment. Vive Versace!

Monochrome Colour
It was the biggest trend in New York and London, and Milan too dialled up the pigment. Head-to-colour was seen everywhere from Fendi to Max Mara, Hugo Boss and Gucci, both deeply saturated and softer in its articulation. Basically if there’s one trend to try, it’s this.

leather lover
Despite its summery sensibilities, almost every show featured thick, robust leather which had been fashioned into trenches and tailoring and dyed with brilliant colour. Hourglass Shape
Pin-up proportions were played up at Versace, Agnona and Boss, with both shoulders and hips exaggerated and waists nipped revealing fashion’s new womanly form. 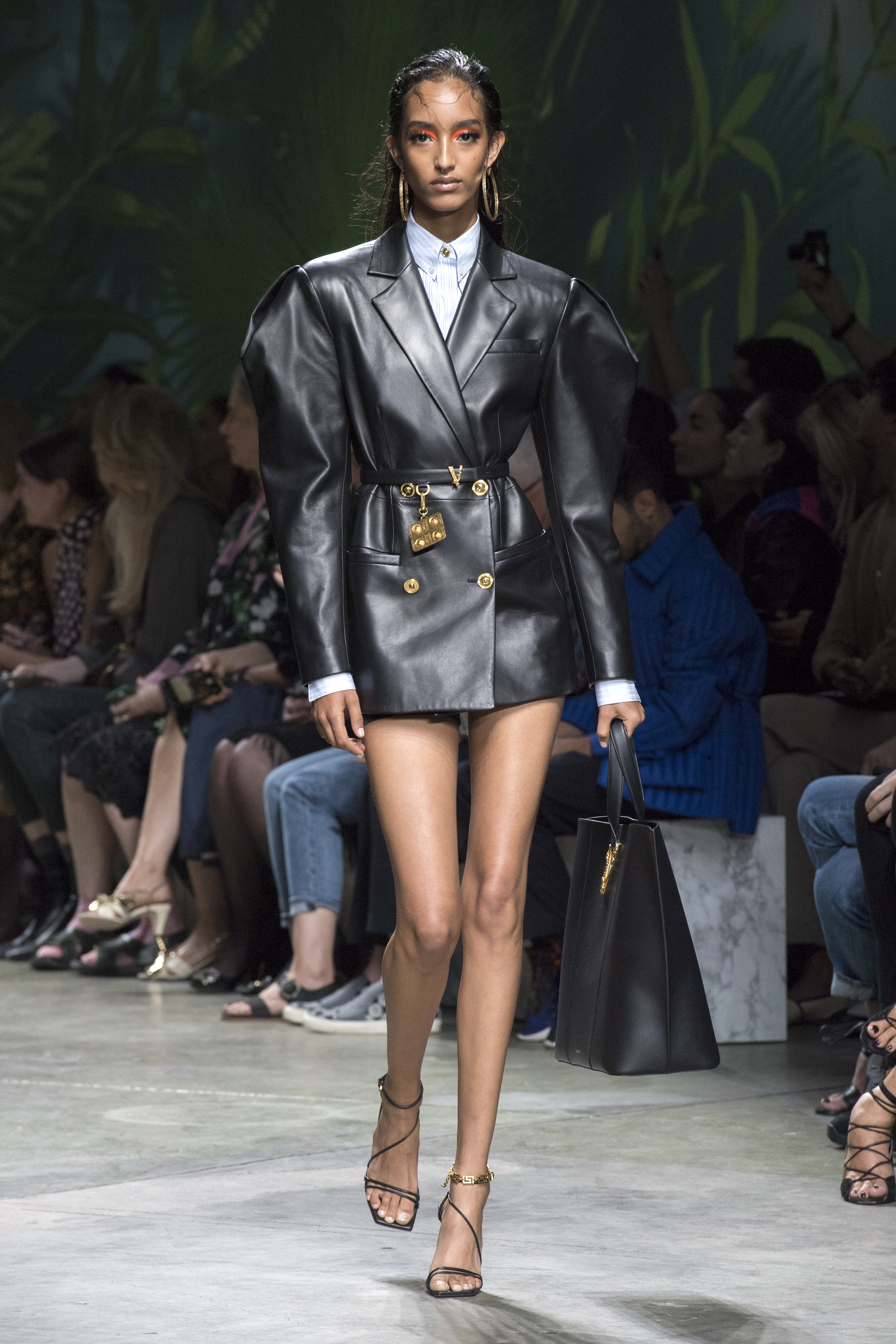 Pageboy Caps
Or are they newsboy caps? Either way, model heads were toped with peaked pageboy caps, with Max Mara, Sportmax and Fendi serving up variations in leather and soft sorbet colour. Is this 2020’s bucket hat?

The Bottega Invasion
If you were wondering why you couldn’t get your hands on a pair of the mules or stretch sandals, it’s because every single fashion week attendee had bought them all. Along with the shoes, the Pouch – big, small and micro – was also seen on just about everyone, proving Lee’s unyielding power in our world – not to mention his new collection which was as sublime as ever.

Flat and Stacked
For the most part, footwear has been of the bare variety lately, but the forthcoming season reveals a chunky, even clunky aesthetic. While the wrap-around style remains, it has been souped-up and stacked, with MSGM, Hugo Boss and Sportmax all serving us bulky, ornate versions of the gladiator sandal. 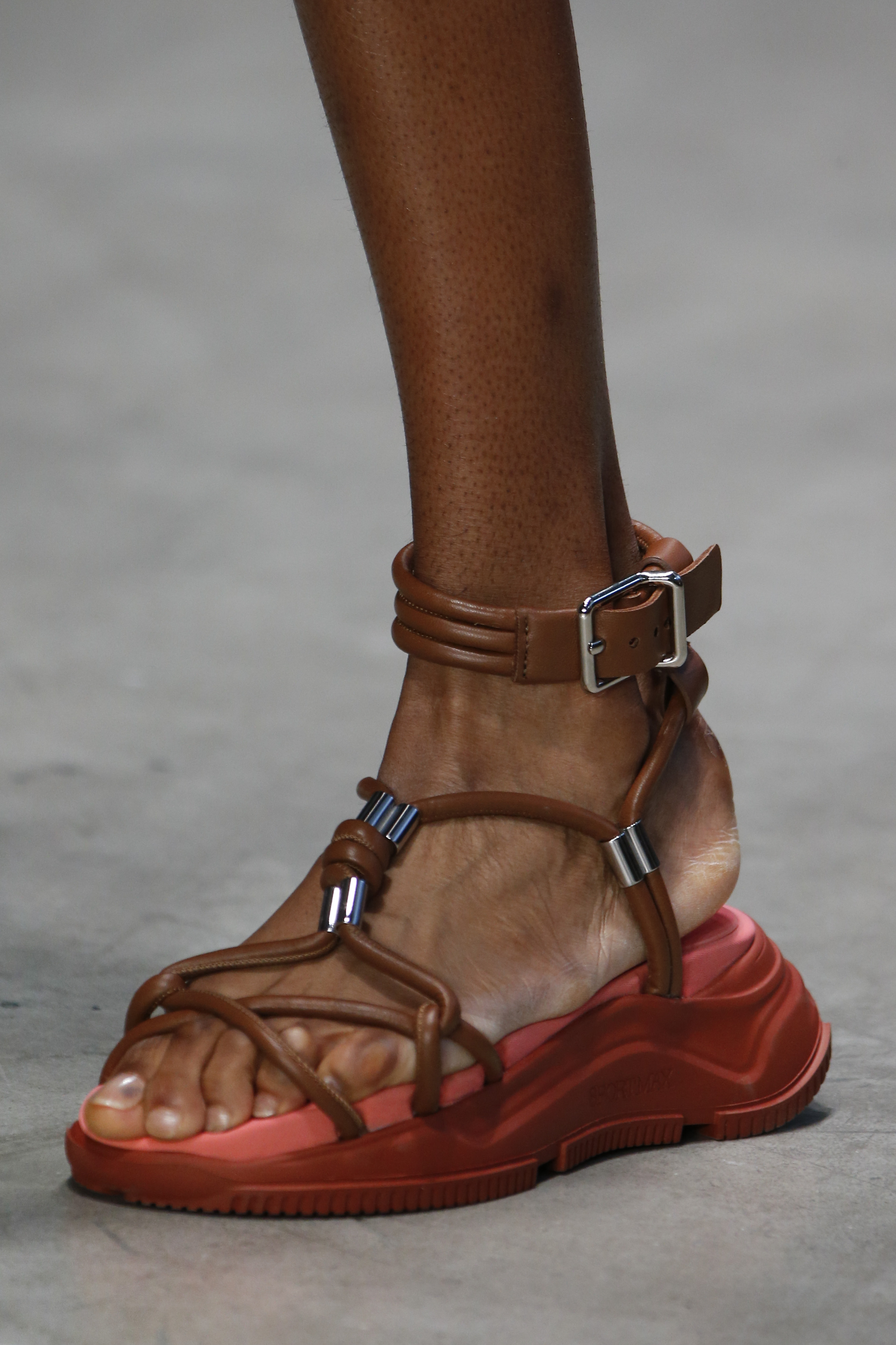 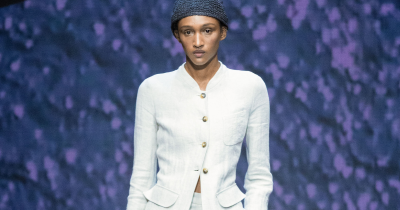 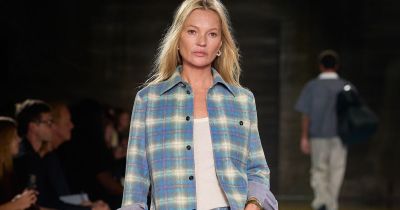 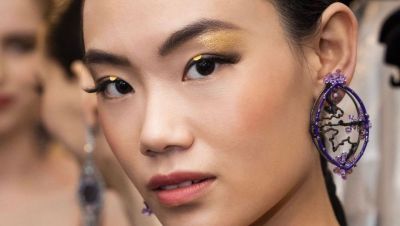