It is well-known by now that if an acceptance speech runs for too long at the Academy Awards – 45 seconds to be exact – you will essentially be played off the stage. If that doesn’t work, the stage lights will be cut out. That rule was introduced in 2010, now and in the COVID era, a new stipulation has been included for the 2021 Oscars ceremony.

According to Variety, talent have been told acceptance speeches over Zoom are not possible and you must be at the event to deliver the usual thank you’s.

In a letter to this year’s Oscar nominees, the show’s producers, Emmy nominee Jesse Collins, Oscar nominee Stacey Sher and Oscar winner Steven Soderbergh said, “We are going to great lengths to provide a safe and enjoyable evening for all of you in person, as well as for all the millions of film fans around the world, and we feel the virtual thing will diminish those efforts.”

The letter also included the dress code and aims to be “a fusion of inspirational and aspirational”. In short, it means dress to impress and no Jason Sudeikis, you can’t wear a rainbow hoodie to the acclaimed affair.

The newly-introduced requirements may appear a little harsh, especially for those stars who cannot attend due to scheduling or uneasiness of coronavirus. But as the event organisers noted, “the virtual thing” and casual dress takes away from the special event.

Golden Globes is an example where technical glitches distracted from the evening (though we think Jane Fonda nailed it). The 2021 Grammy Awards were largely held in person through a rooftop, scaled-back format where talent, plus-ones and presenters were the only people in attendance.

The Oscars will air on Sunday, April 25 on ABC in the US and on Monday, April 26 for Australians on Channel 7. Yesterday it was announced that Dua Lipa would headline the 29th annual Elton John AIDS Foundation Academy Awards pre-party special. 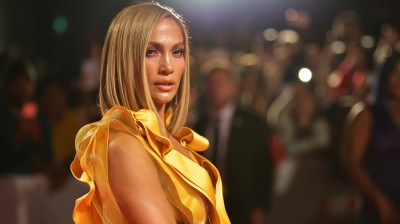 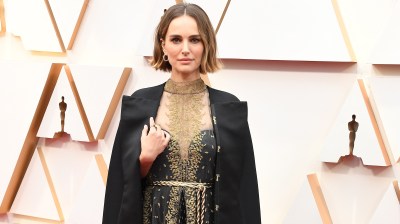 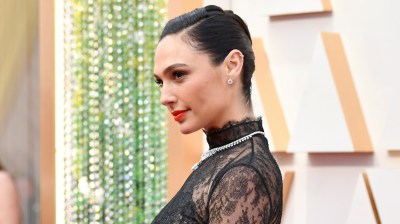 ‘G’ Is For Gal Gadot In Givenchy
Next page