Heaven is a place on earth

The ‘Open Sky’ is the limit for artist Phillip K. Smith III, who moved heaven and earth to unveil his latest breathtaking installation 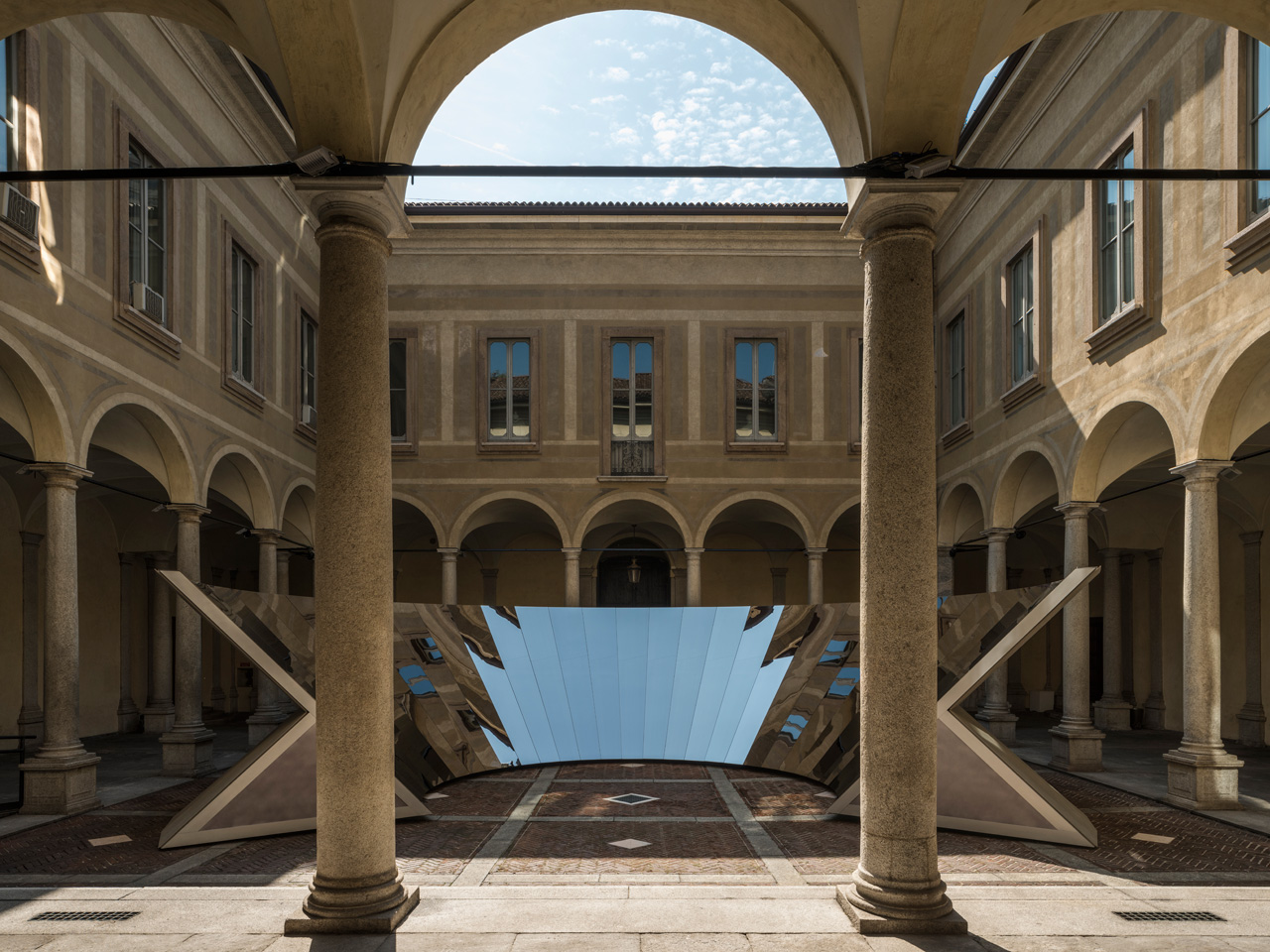 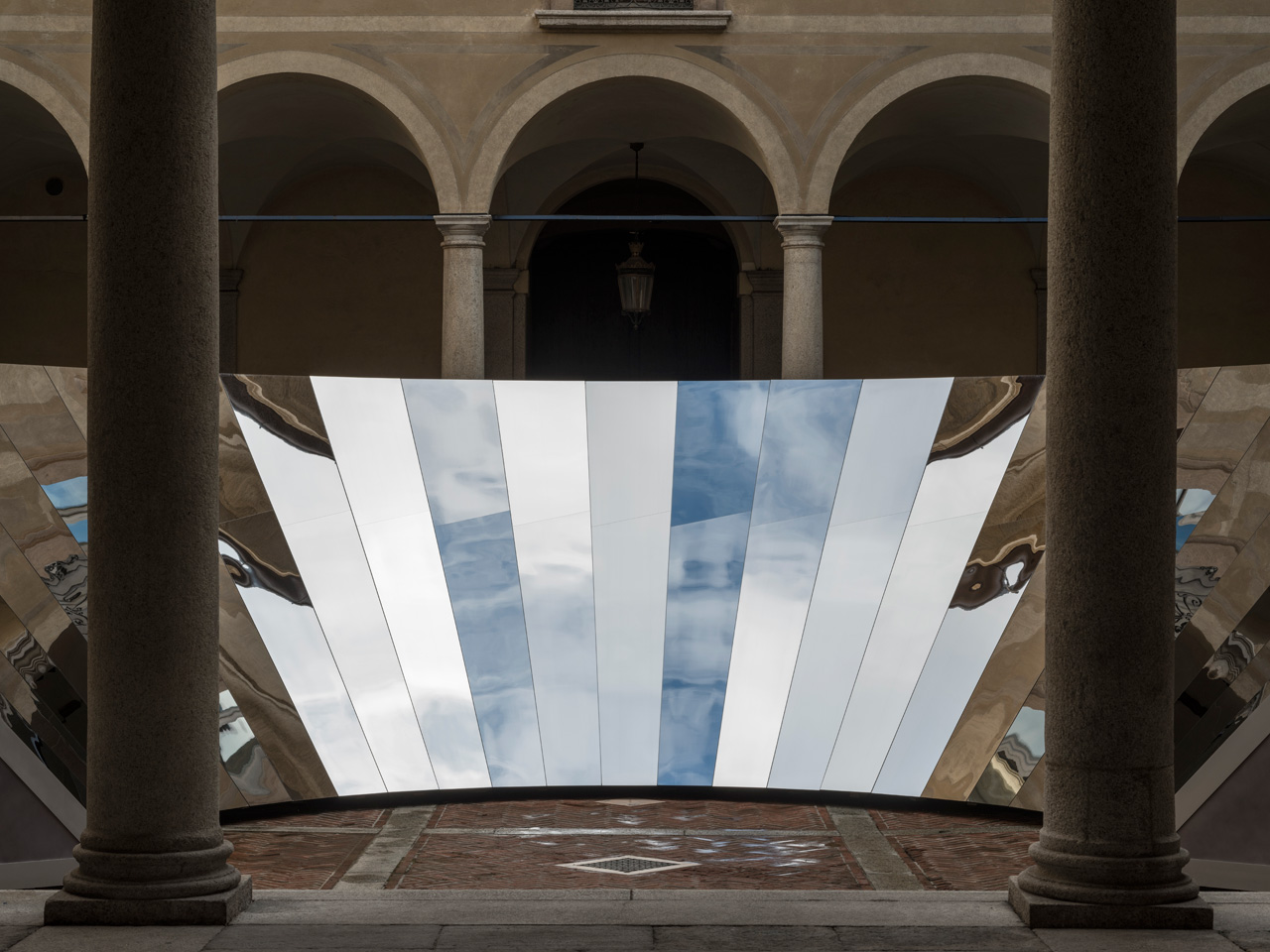 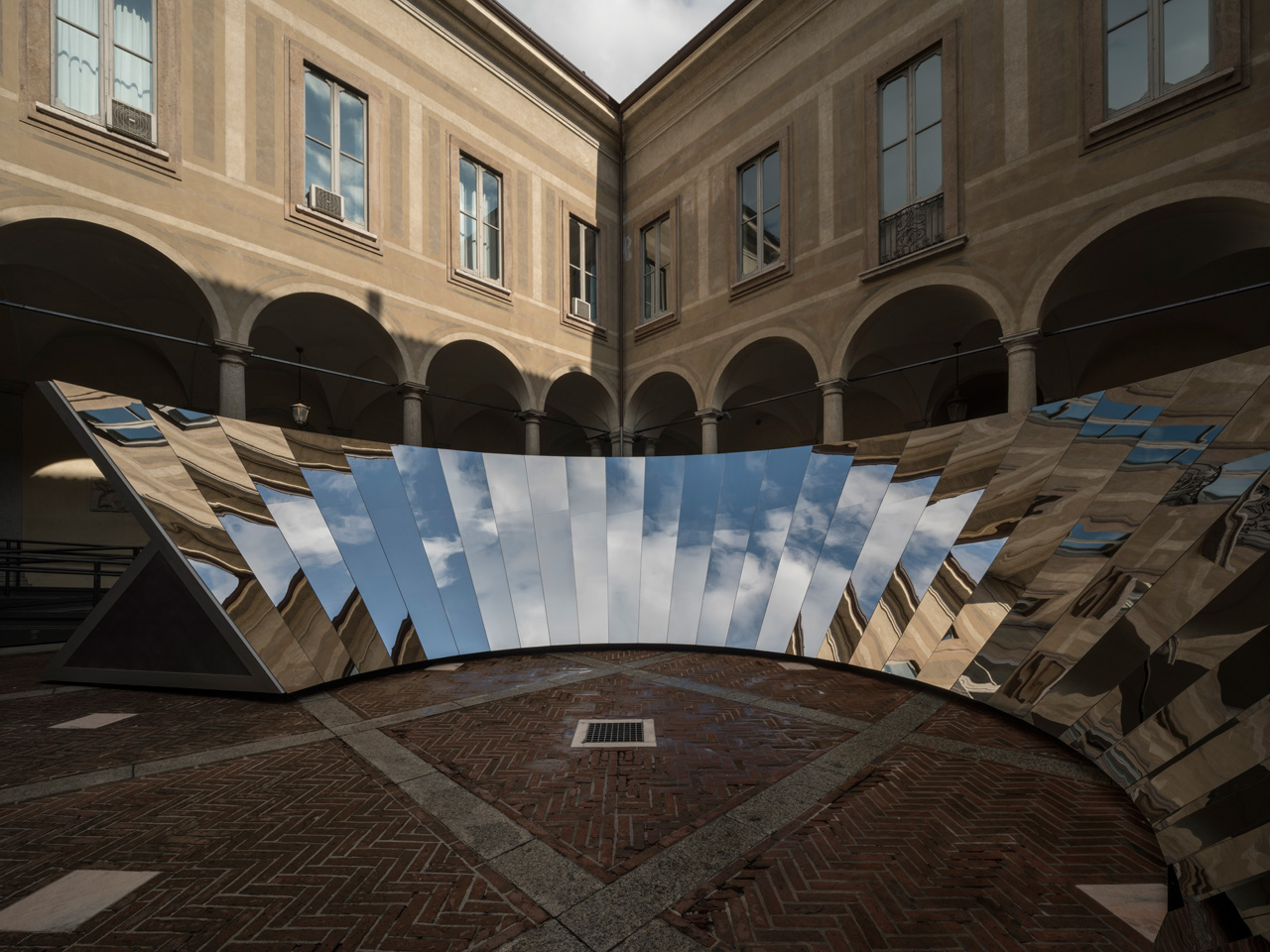 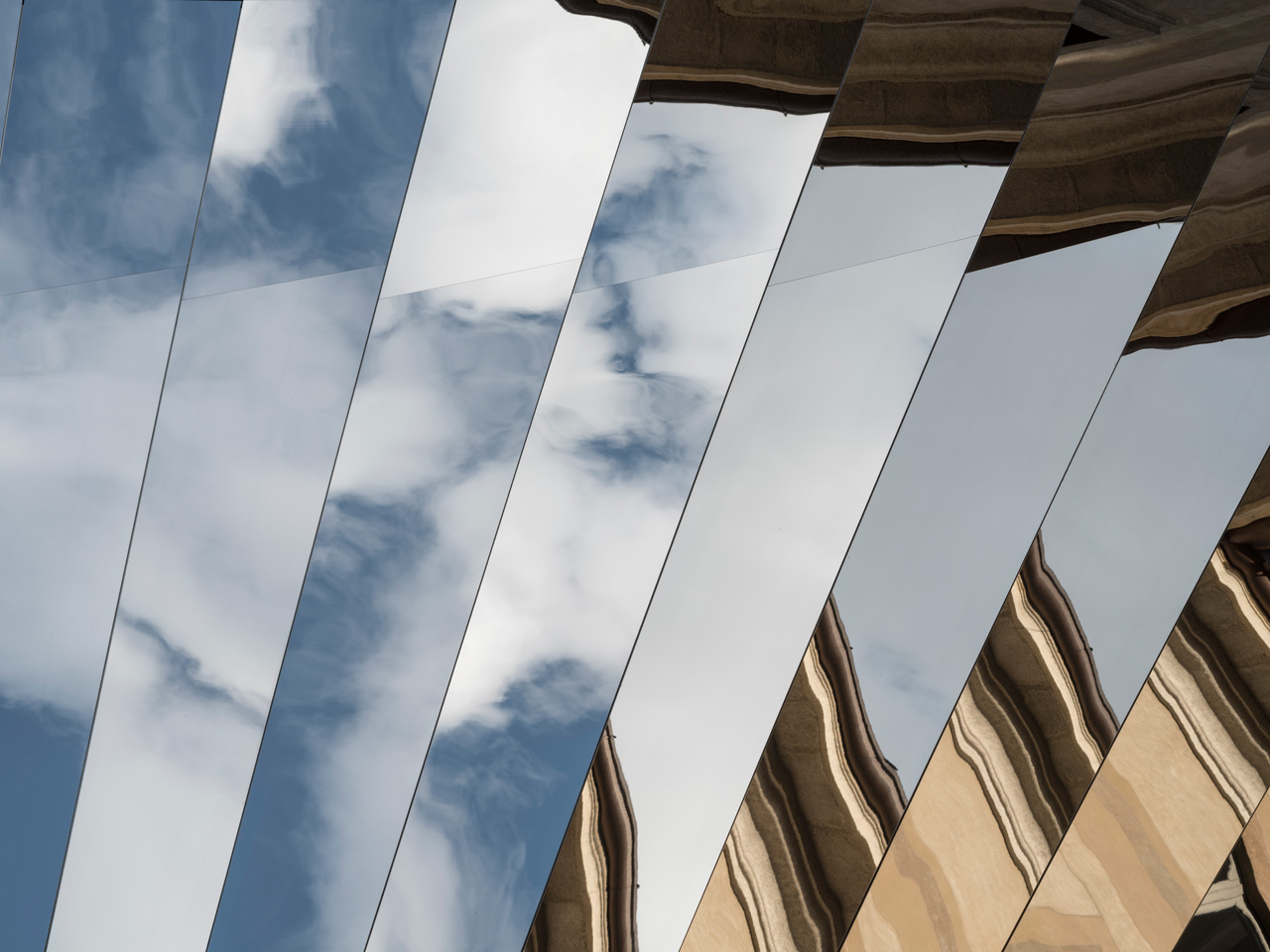 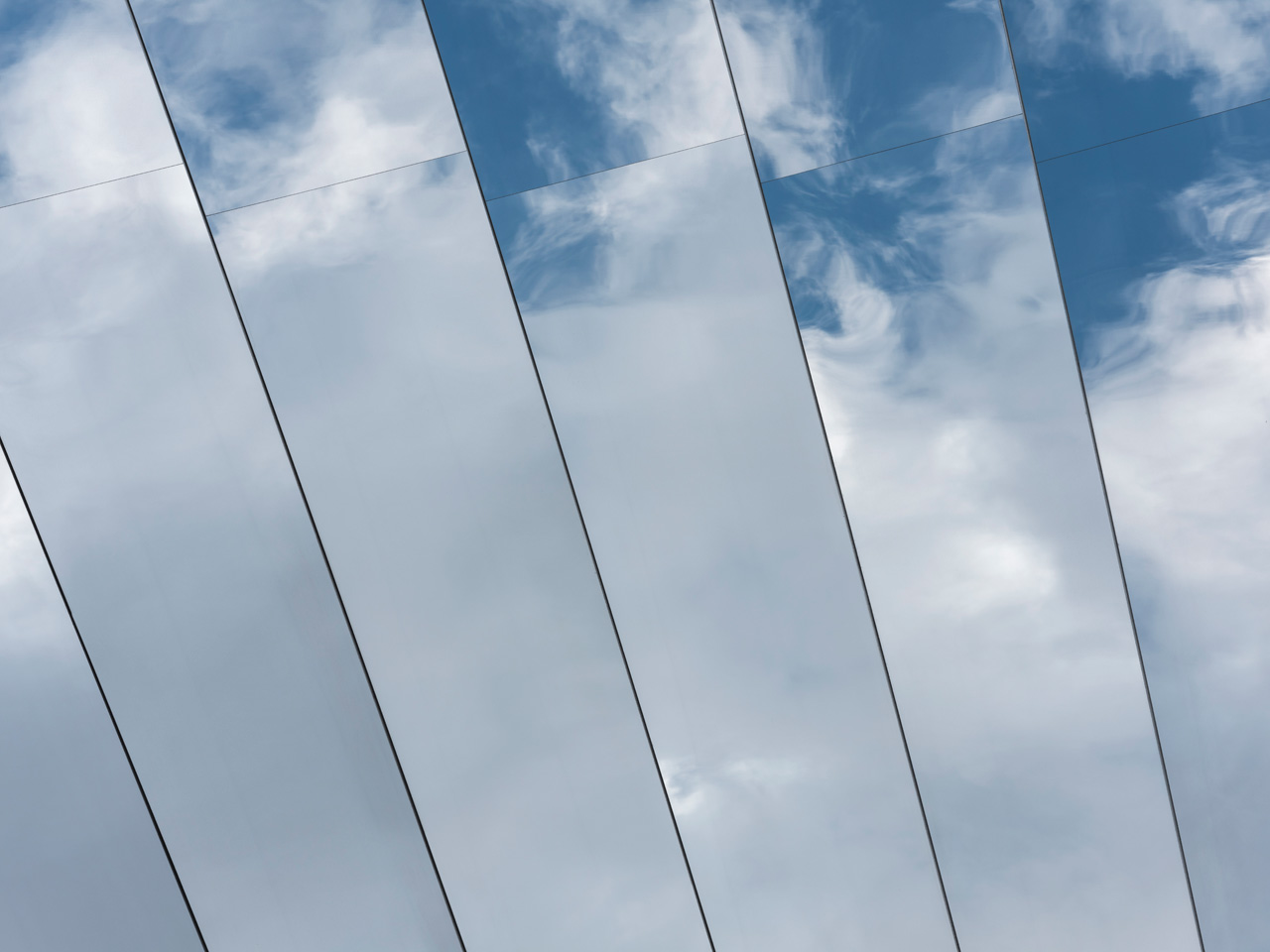 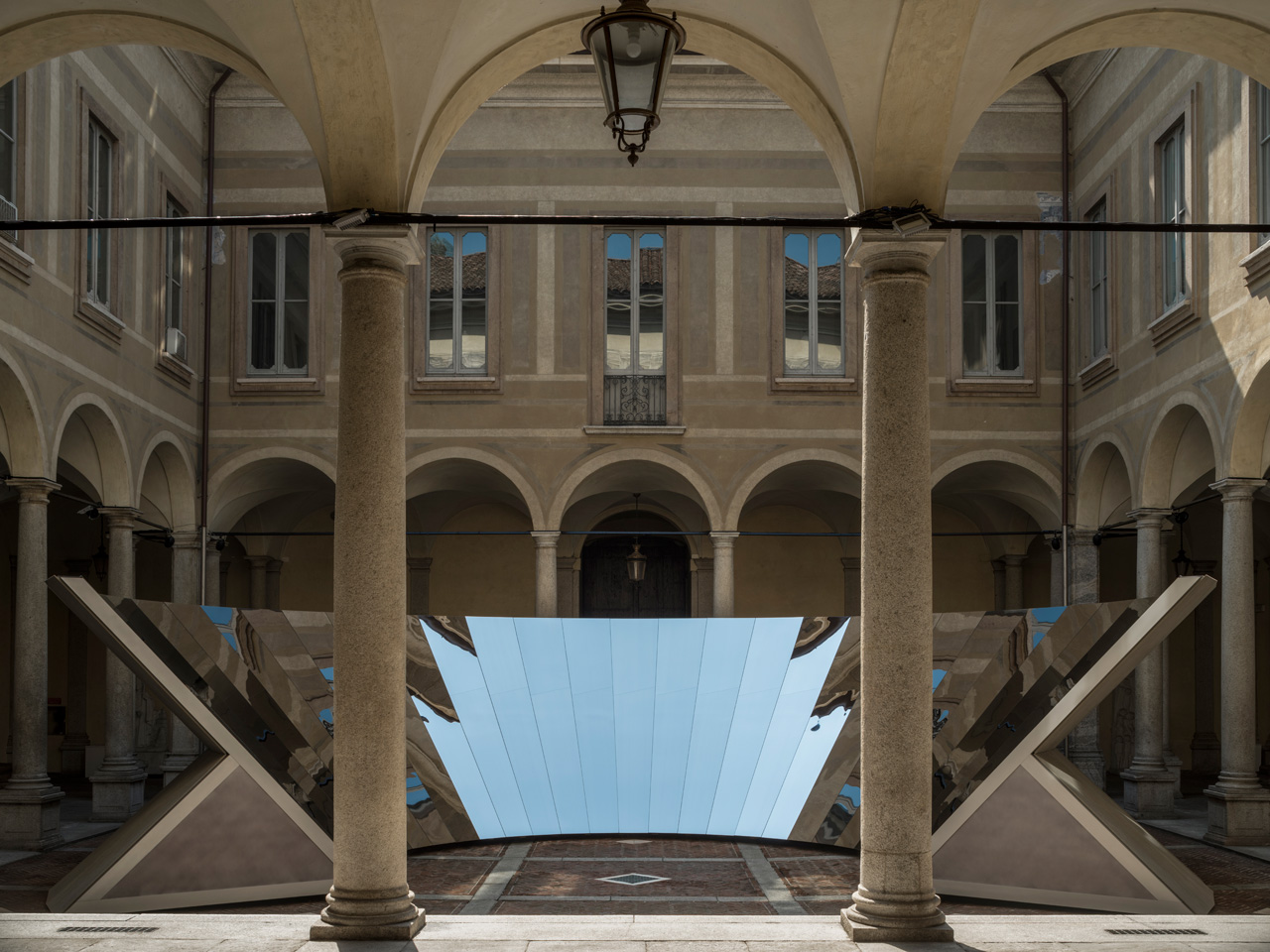 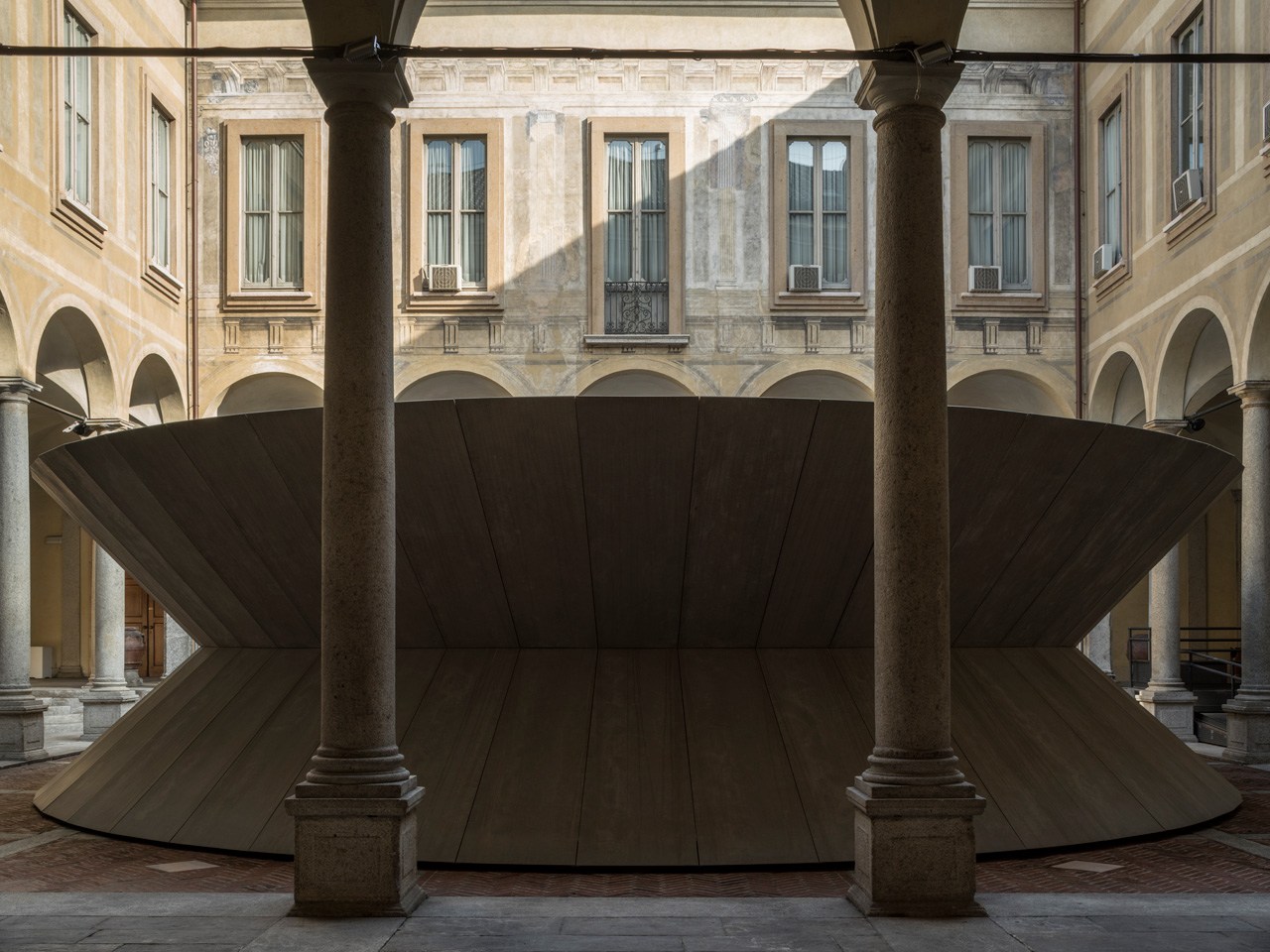 The American artist Phillip K. Smith III is perhaps best known for his site-specific installations that bridge the divide between arid earth (often sandy deserts or beaches) and limitless sky. Think of his contribution to the Desert X biennale, Circle of Land and Sky – a kind of millennial Stonehenge installed in the desert outside Palm Springs that was as memorable for its ambitious scale as it was for its ubiquity on Instagram (the installation of Smith’s 300 mirrored posts coincided with the annual Coachella festivities).

Open Sky, a recent commission that figured prominently as part of the recent Salone del Mobile (or Milan Design Week), contended with an environment entirely removed from those associated with Smith’s past works. Set amidst the grandeur of the 16th century Palazzo Isimbardi, Open Sky consists of a concrete shell inlaid with 34 stainless steel, mirrored panels angled to face upward at 43 degrees in order to reflect the sky. Contributing to the sense of awe Open Sky invokes through materiality and the discord it strikes with its baroque built environment is its sheer scale: the installation stands some 11 feet tall, dwarfing its viewers in the round and subsuming them in an experience that is entirely their own, thanks to the constantly changing, unpredictable conditions of the Milanese sky overhead.

Open Sky was created in collaboration with the fashion label COS. According to Karin Gustafsson, creative director of the Swedish-owned, London-based brand (a subsidiary of H&M), Smith’s work first presented itself to her design team in 2013 when Lucid Stead (an installation based in Joshua Tree, California, resembling a hut built of equal parts mirrors and timber) featured on a collection inspiration mood board. Work on their collaborative venture began almost directly after last year’s fair concluded at a manufacturing facility in Long Island, United States, before the project was shipped to Milan for installation on site.

“Phillip’s work looks towards the natural world for subtle shifts in light and colour that encourage new ways of seeing,” Gustafsson tells GRAZIA. “His works are simple and minimal, yet majestic and constantly evolving with the world around them. The concepts his work [embodies] are reflective of our aesthetic and inspire us to grow, evolve, and stay innovative.”

Open Sky is the direct result of COS’ seventh consecutive year at Salone, beginning in 2012. Initially, the brand did not host the site-specific drawcard attractions that have become de rigeur for the past few years. Their first venture, a collaboration with the British set designer Gary Card, doubled as a pop-up shop modeled around the interactive possibilities of a cube. Successive installations have erred more toward the side of the conceptual and away from those early retail skewed offerings. Last year, Studio Swine created a multi-sensory experience built to resemble a blossoming tree that emitted mist-filled bubbles; the year prior, the Japanese architect Sou Fujimoto constructed a Forest of Light from motion sensitive spotlights and infinite mirrors in an abandoned theatre. As visitors to the design fair have grown in their numbers, so too has the scope of the brand’s projects with multidisciplinary creatives with whom they share an affinity (past collaborators also include Snarkitecture and Nendo).

“We feel an aesthetic kinship to all of the artists we commission, but it is always enlightening to witness the way in which they respond to our shared values and how they innovate and evolve through their own practice”, adds Gustafsson. “For example, Phillip’s previous work has been centred on subtle, often monumental gestures to harness the beauty and vastness of the sky and reframe viewer’s perception of light, shape, colour, and form.

“We feel it’s so important for our visitors to be able to interact with the installations. Tactility is key to our brand DNA and is present in everything we create, from our clothing to our artist installations.”

Though touching the chemically polished mirrored surfaces was presumably discouraged, for her part Gustafsson says that the tactility of the glassworks medium in both Smith’s work and that of others featured at Salone is not a sensation strictly limited to the realm of physical contact. “I like the bond between traditional craftsmanship with contemporary design and glass is such a unique material to work with,” says Gustafsson, citing another personal highlight of the design fair, Kosmos, the work of designers Ronan and Erwan Bouroullec for the London-based WonderGlass.

“[Glass is] something which is also altered by its surroundings and bears a strong relationship with light and the way it is reflected.”

Tile and cover image: Courtesy of the artist/COS