And an entire panel of thought-leading women, to discuss the future of gender equality 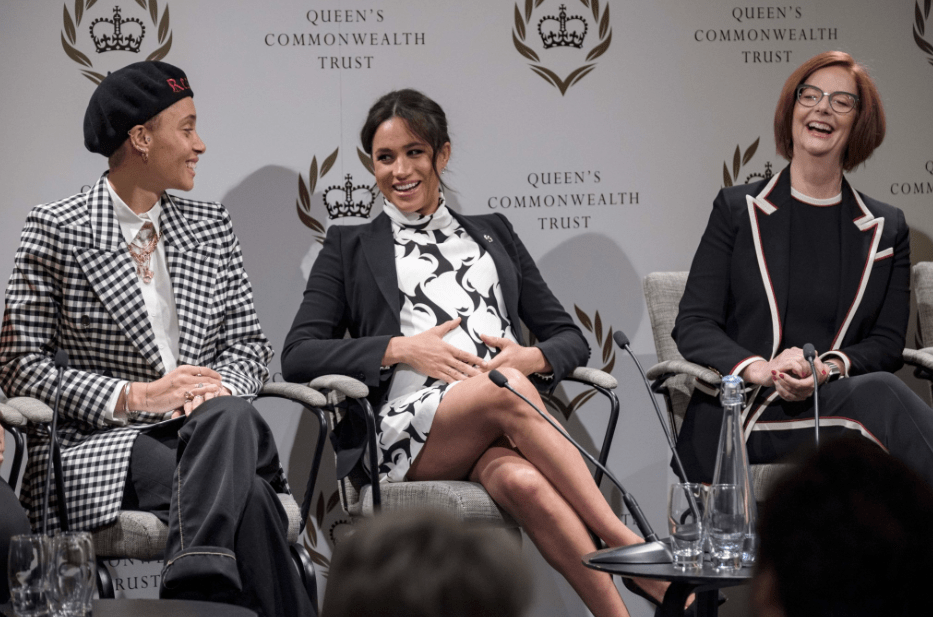 International Women’s Day 2019 will not, I repeat not, be overshadowed by Prime Minister Scott Morrison’s mind-blowingly ignorant comment that sadly got the attention of the entire world.

No. This International Women’s Day, we’ll be focusing our attention on the powerful, all-female panel led by Meghan Markle which happened to include Julia Gillard, Australia’s first female Prime Minister (who earned global attention for a good reason with her 2012 ‘misogyny speech’). 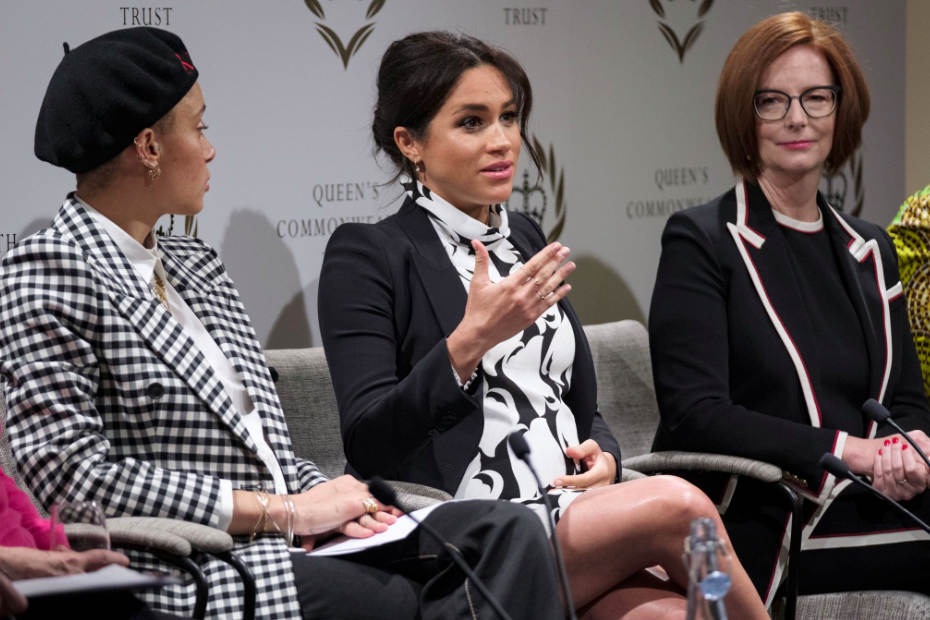 The panel discussed the challenges for gender equality, feminism and women’s rights in general. Central to the conversation was the empowerment of girls and women through education, a life-long passion Meghan and Julia share, and also how to make feminism more inclusive for men and boys.

You can watch the entire conversation below. But if you only have time for one take-away, it has to be the Duchess discussing her hopes for her yet-to-be-born child, due in April/May.

“I’d seen this documentary on Netflix on feminism and one of the things they said during pregnancy was, ‘I feel the embryonic kicking of feminism,”‘ the Duchess said.

“If things are wrong and there is a lack of justice, and there is an inequality, then someone needs to say something” — The Duchess of Sussex on #InternationalWomensDay @QueensComTrust #IWD2019 pic.twitter.com/p5Dojn2Upw

“I love that. So boy or girl or whatever it is, we hope that that’s the case, our little bump.”

The panel marked not only International Women’s Day, but Meghan being given a new role by Queen Elizabeth: Vice President of The Queen’s Commonwealth Trust.

The organisation supports young leaders promoting social change, bettering their communities and providing work opportunities and hope for others across the globe.