On A Work Trip To Paris, This Little Sanctuary Saved Me

How an Airbnb oasis remedied the perils of Paris fashion week

Though it has long been an idyll for those seeking rest and relaxation, there’s a certain kind of tension that exists at the heart of hotel life. Tension between the competing desires of display and discretion, quietude and atmosphere, good wifi and logging off. Sure, there are many lovely luxurious (room service, for one), but when traveling for work, particularly for protracted periods of time, there is nothing quite like your own space. Your private, homely domain of which you can make entirely your own. I had this experience on a recent trip to Paris for work.

Weary and worn-out from a week in Milan for Fashion Week (a seemingly glamorous exercise on the surface yet truly tiresome deep down), both the city and the Italians – with their unyielding passion – had worn me down. I was done with the “ciaos”. Done with the constant negotiation, done (unbelievably) with the burrata, done with the lack of Ubers. I was ready for the bonjours and baguettes and brie. I was ready for croissants. But I also had another 10 days of Paris Fashion Week ahead of me. More extravagant shows, more fabulous parties, more designer interviews, more being “on”.

I had booked an Airbnb in Saint-Germain-Des-Prés on the Left Bank. Although fond of its intellectual mood, gallery-lined streets and historic coffeehouses, I was always a mere visitor, sauntering over for a tarte aux framboises in the Jardin du Luxembourg, or a spot of shopping at my spiritual home, Le Bon Marché, before making my way back to the le Marais or the 9th (where I have always stayed). But with much of fashion week staged on this side of the Seine and with a newfound desire to explore, I took the plunge and booked an apartment close to the legendary Café de Flore. 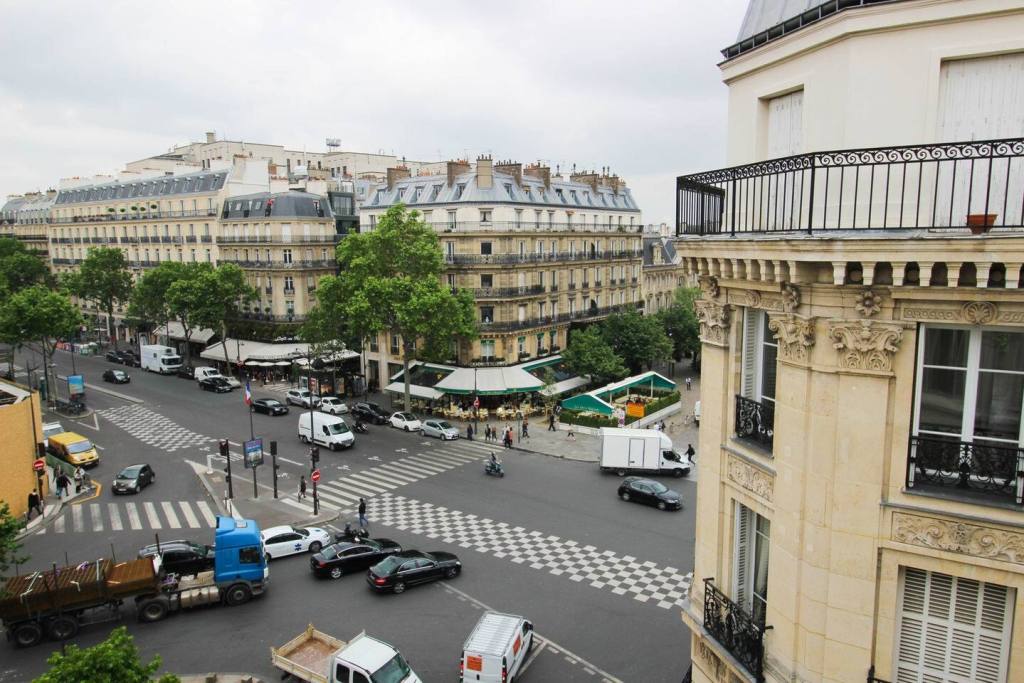 I had stayed in an Airbnb once before in Paris. It was an incredibly large loft-style apartment in the 2nd, which by Parisian standards, was quite simply huge. The home of a chanteuse who was on the road as musicians so often are, the sprawling space was peppered with curious objets d’art, old French prints and of course, musical instruments – a piano, guitar picks and a music stand. I couldn’t believe my luck stepping inside; high ceilings, a long gallery kitchen, a sprawling open-plan dining and living room and of course, that quintessential terraced Juliet balcony – parfait, as the French would say.

This stay, however, was a little different. As a work trip, I used the company’s business-led offering, Airbnb for Work. A work trip, of course, demands different things of a traveller. It’s not skipping down the Rue Saint-Honoré baguette in hand, beret on, Édith Piaf playing. It’s deadlines and meetings and bad wifi and navigating strange labyrinth-like cities (with lagging Google Maps thanks to bad wifi). And this particular work trip was very taxing; commanding a kind of marathon-level endurance at all hours – day and night. But in saying that, it’s also Paris. Of course a quick pit-stop at Brancusi’s Studio or a glass of Côtes de Provence Rosé is necessary (particularly when dealing with fashion folk). In fact, according to Airbnb data, almost 70 percent (two in three) of Australians who travel for work combine their business trips with leisure stays. Basically, we need the yin and the yang.

After an aggressive Milanese taxi, a missed train and a new route via Switzerland (yes, Switzerland), I arrived at my Airbnb late. Café de Flore’s iconic lights flickered as they had done for centuries before, now entertaining the likes of keen Instagrammers and models instead of Proust and Picasso (perhaps an indicator of what society has become). Locals sipped wine and solved the world’s problems, as plumes of cigarette smoke danced above them. The maître d’ of the neighbouring café – a lovely woman with little English but helpful gestures – helped me find the key which was hidden in a lockbox outside the apartment. The entrance was a beautiful blue door, lofty and grand, but like all Parisian architecture, it beheld something much greater – one of the most beautiful apartments I’d ever seen.

Like something out of a glossy design magazine, its architecture was modern and minimal; clean lines, exposed beams, hanging glass bulb lights. But its interiors were artful and considered and curious, pieces you’d likely see in a nearby gallery or flea market; mod chairs, rows of records, glass vessels, even an old-fashioned tennis racquet suspended on the wall. Art was in abundance – prints, paintings, photography – as too flourishing foliage, which made the space feel green and fresh and alive. At its doorstep, the heart of Paris – Notre Dame, Le Bon Marché, the Jardin du Luxembourg, the Panthéon, the Louvre and the banks of the Seine.

This was the sanctuary I craved; somewhere to retreat to after the sartorial hullabaloo of fashion week.

But perhaps above all else, the space fostered a certain level of creativity, a certain work ethic. Unlike the hotel room I ended up in at the conclusion of fashion week – ultimately an attic with a bed, shower and toilet – this space inspired me, not stifled me. It provided a sense of belonging and freedom, while still being “at work”.

Better still, there was a dedicated office space replete with desk, lamp and ample power boards (very important). But there was also the capacity to work from bed, or the couch, even the dining room table – while soaking in Paris in all her glory. My Airbnb bridged the gap between professional and leisure, a portal perfect for business but equally perfect for play. I was happier, and in turn, more productive (a win-win for all).

Enjoying a coffee and croissant on the balcony, if only all workplaces were like this, I thought. I’d definitely get much more done.

To book your next business trip, visit Airbnb for Work here. 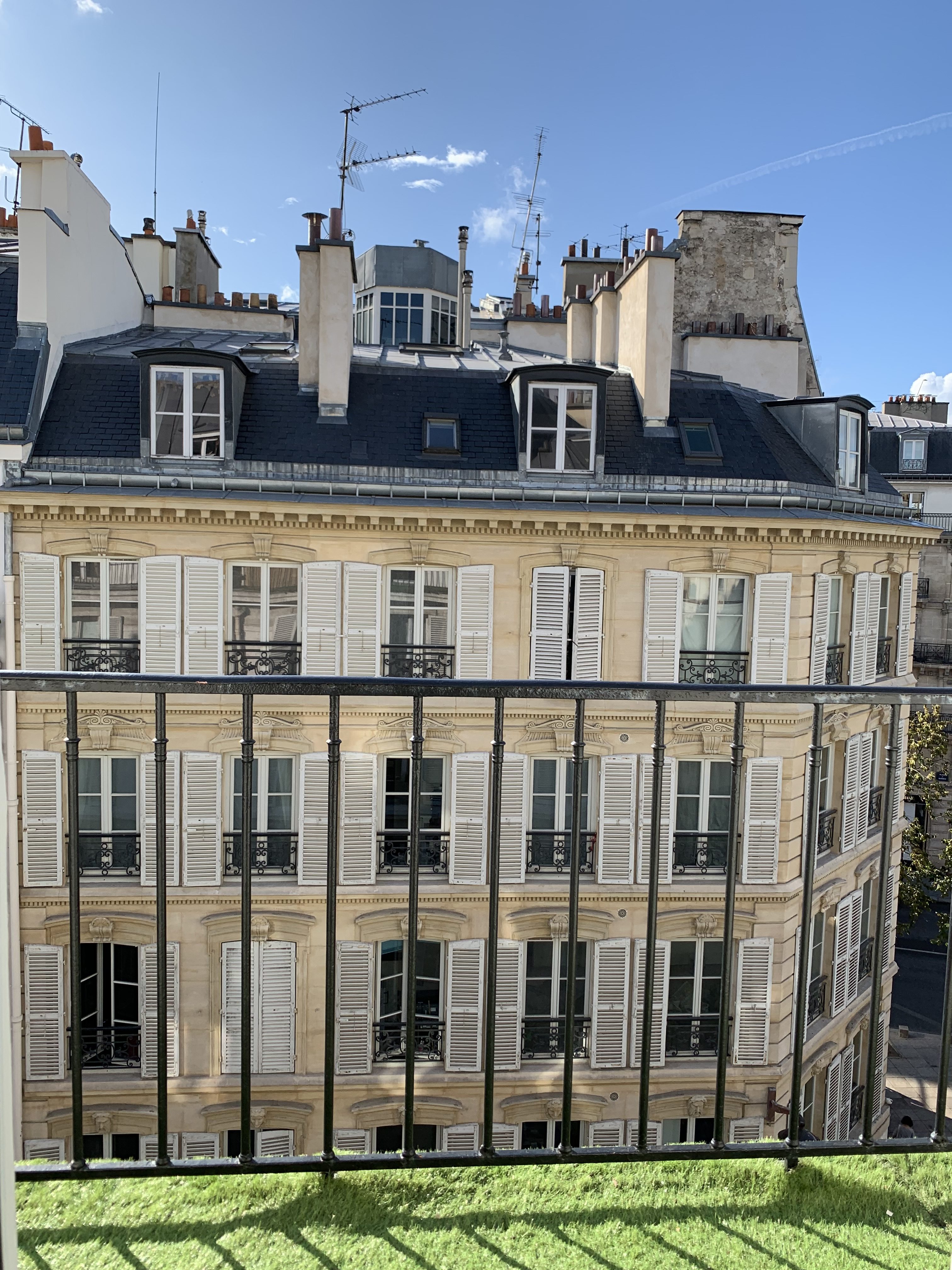