Pearls get the girls

While other celebrities are papped for the first time kissing beside rubbish bins in the dark (Selena Gomez and The Weeknd) or sneaking out of clubs and into taxis together at 3am (everyone else), Olivia Wilde and Harry Styles’ romance was debuted to the world in the most Harry Styles way ever: with stunningly beautiful photos of the power couple holding hands while dressed to the nines in matching Gucci ensembles on the way to a Californian wedding. But of course.

Given that both Styles and Wilde are known for their fashion sense, this new pairing is a match made in designer heaven – just imagine for a minute the red carpet appearances we could be in store for! And they’re wasting no time perfecting their couple’s wardrobe: After co-ordinating their Gucci outfits and Vampire’s Wife face masks last week, now the new lovers are already wearing the same jewellery as each other.

When spotted leaving her LA home earlier this week with overnight bags, Wilde was photographed wearing Miami-based independent jewellery brand Éliou, which her musician beau has been sporting almost non-stop in recent months.

Wearing a powder-pink sweatshirt, black jeans, a wide-brim hat and white Converse trainers, Wilde topped off her relaxed outfit with Éliou’s colourful Senna necklace, which was first worn by Styles in his “Golden” music video, which was released last November.

Other than the Senna necklace, Styles also owns an All The Feels freshwater pearl necklace which reads, “GOLDEN”, the rainbow Thaia style, and an electric-blue glass beaded version, which has aptly since been renamed the Harry. 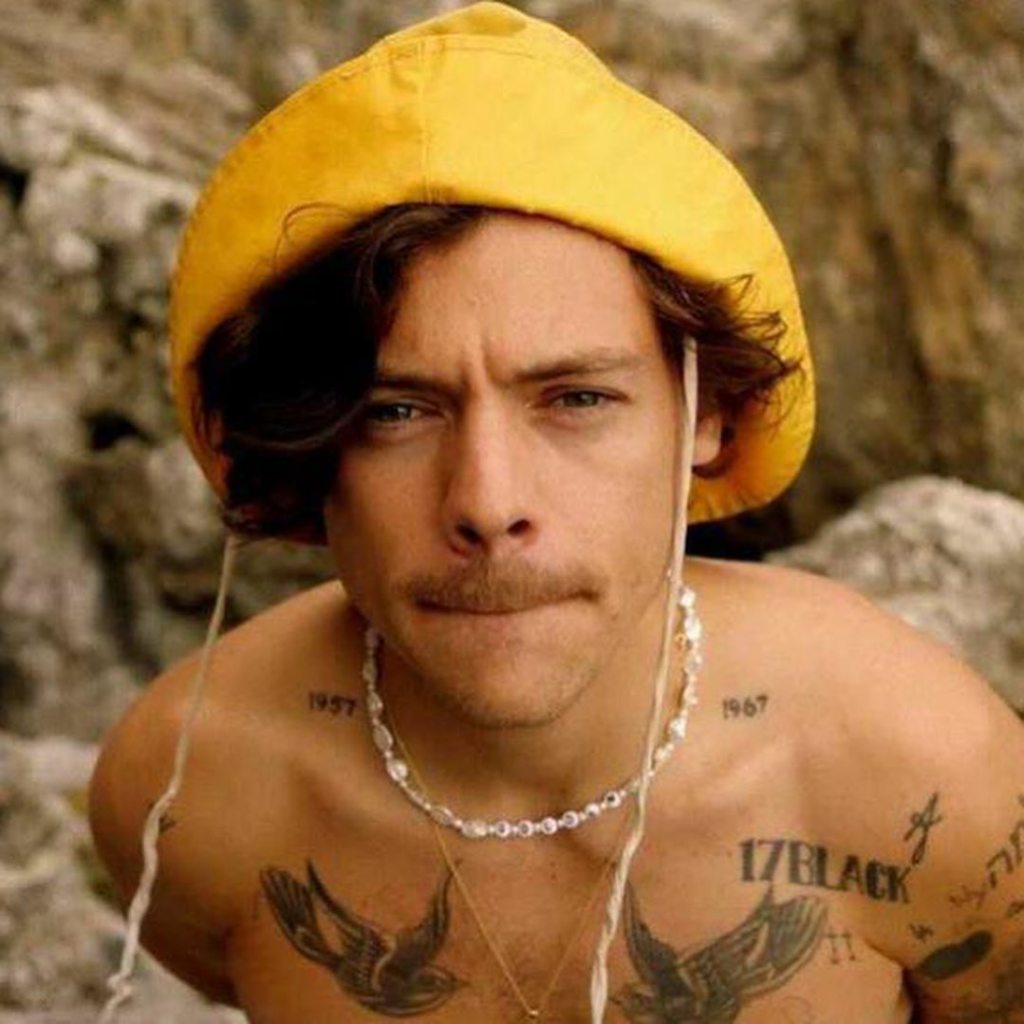 The 26-year-old has been spotted numerous times wearing the label recently, including during concerts, when photographed out and about with fans and in photoshoots. Plus, last week when Styles was spotted with Wilde the day after the pair’s wedding debut in Santa Barbara, he was wearing the brand’s grey logo sweatpants, too. 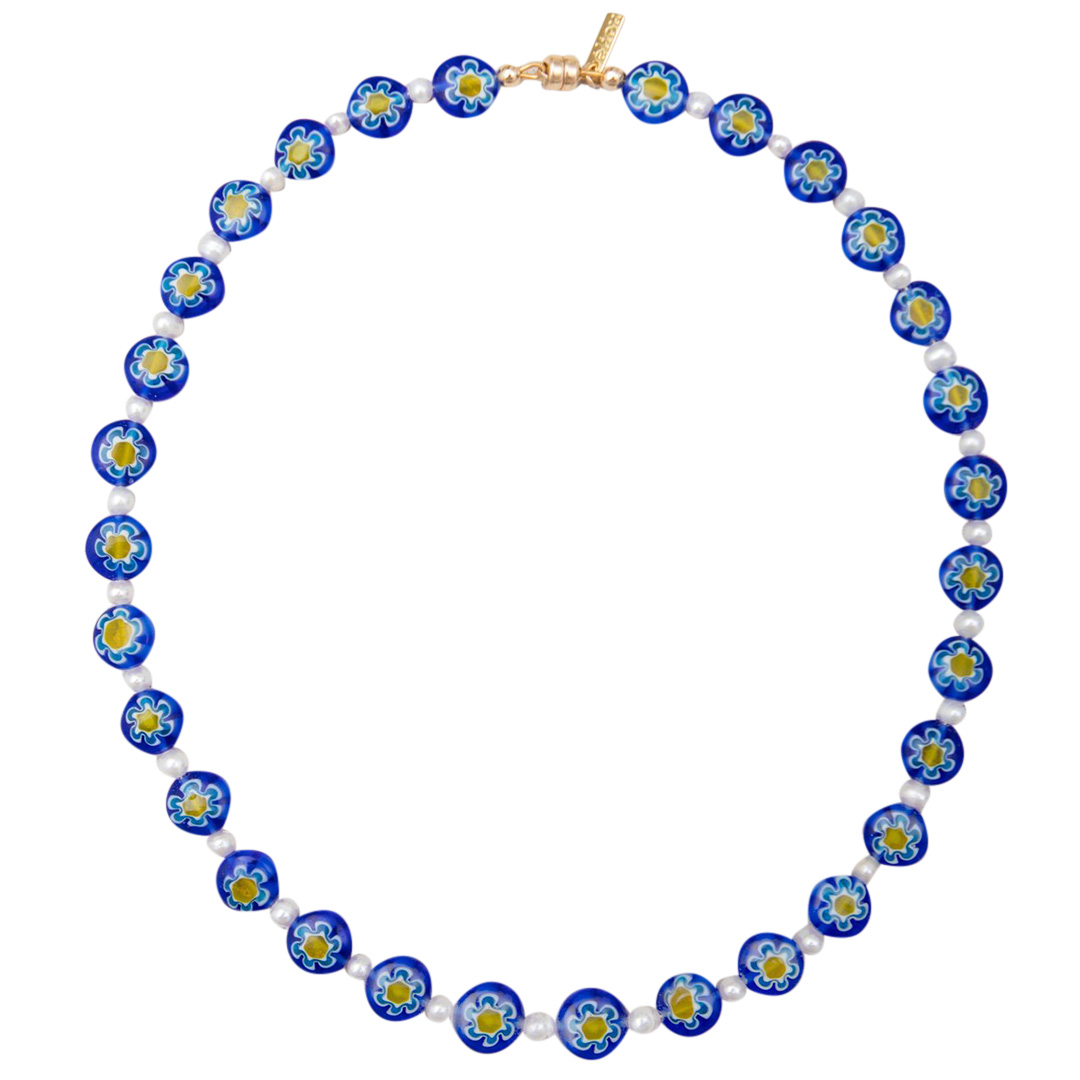 Credit: The Harry Necklace by Eliou

It’s hard to say whether Styles lent Wilde one of his fave pieces of jewellery over the weekend, or if he quickly got his girlfriend hooked on the label and they now have matching jewels, a la Harry and Meg. Either way, we’re buying pearls today, how about you? 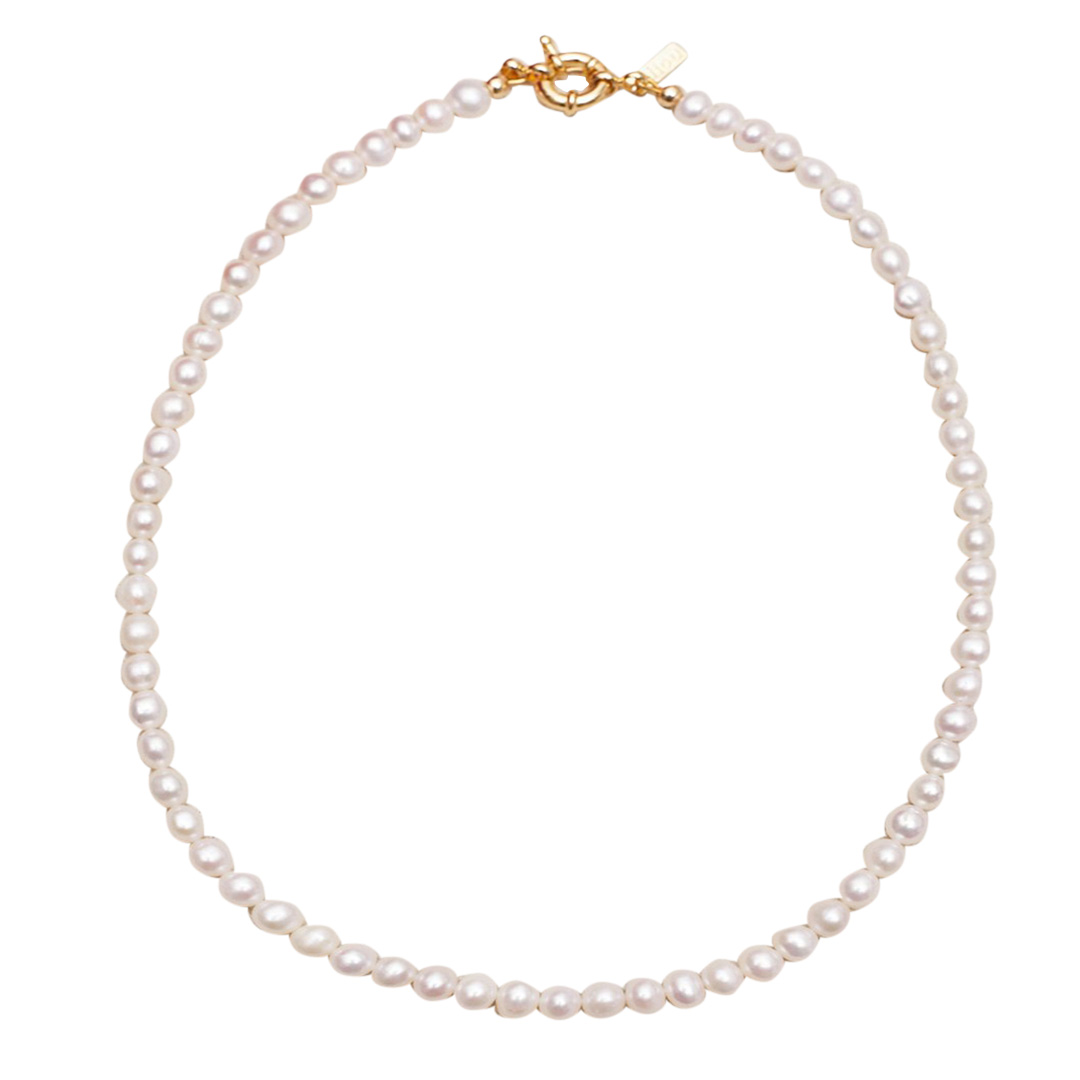 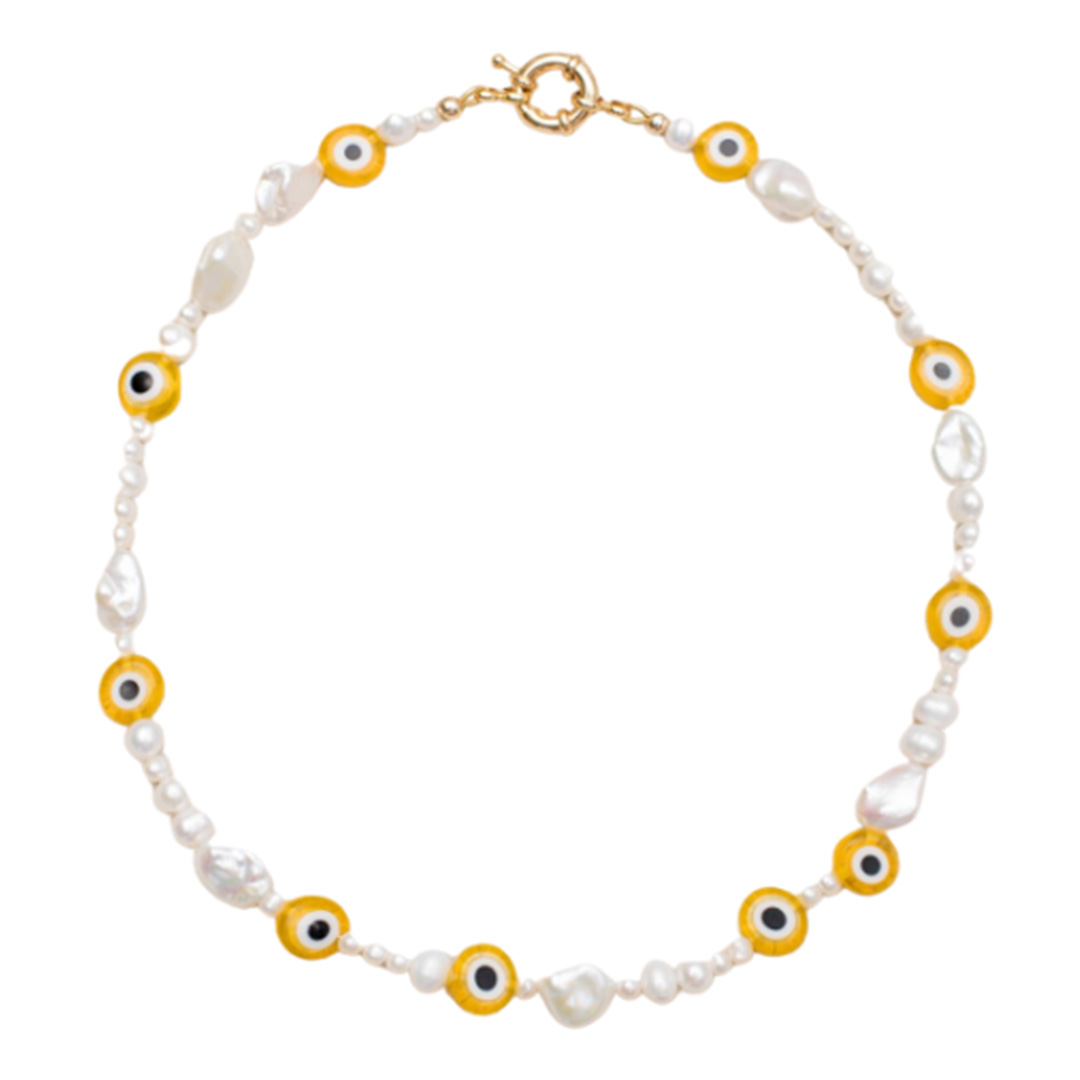 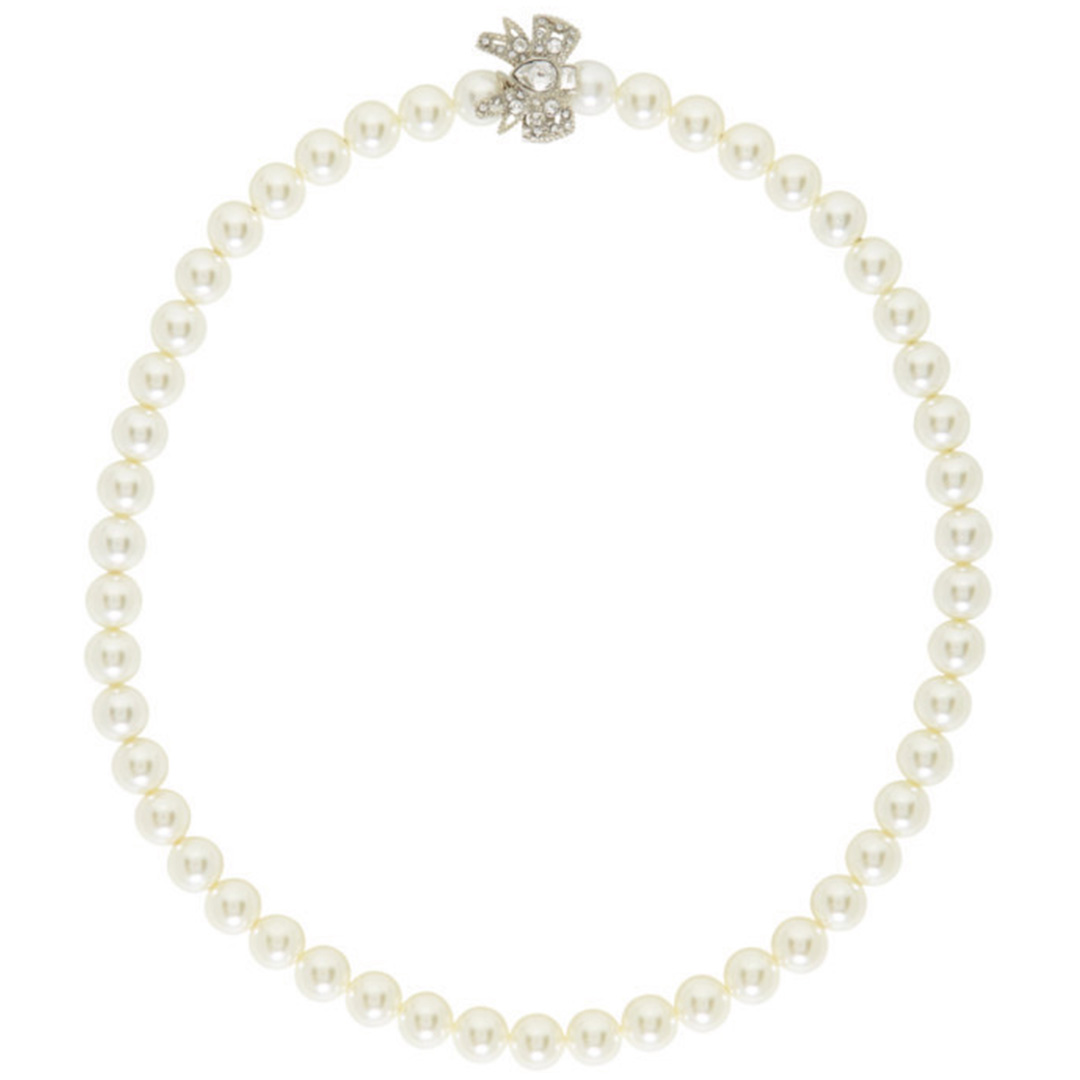