The Sandy and Danny reunion we didn’t know we needed 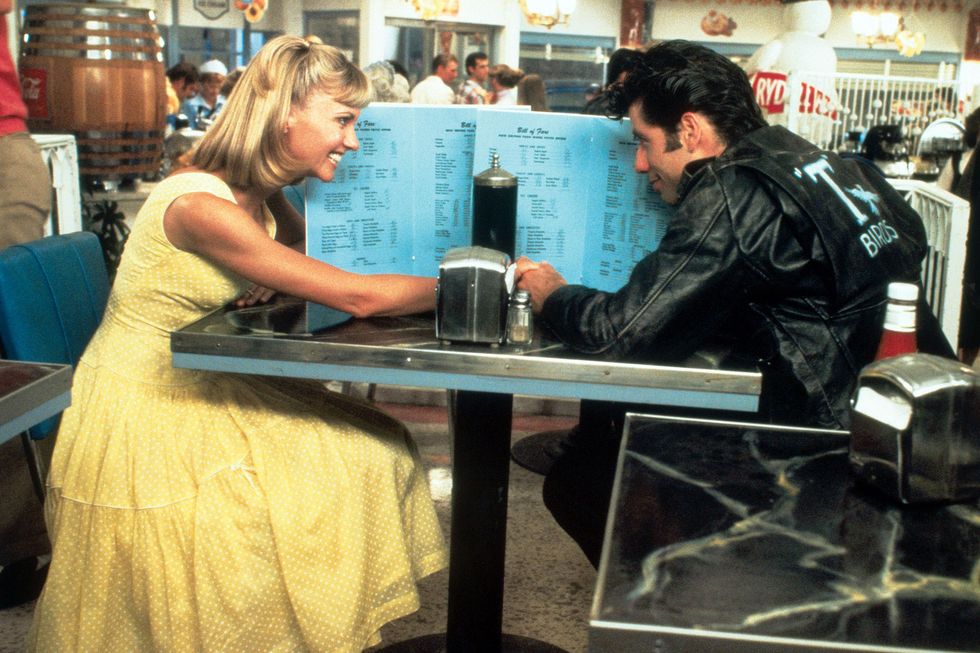 Olivia Newton-John and John Travolta gave Grease fans a trip down memory lane overnight when the actors dressed up as their famed characters for the first time since the film’s release in 1978.

For a ‘Meet ‘n’ Grease’ fan event, which involved a screening of the film and a Q&A with the two stars, Newton-John wore a yellow pleated skirt, white shirt and a matching yellow cardigan as Sandy while Travolta dressed in Danny Zuko’s signature leather biker jacket and black trousers with his hair perfectly gelled, as it was in the movie.

Taking to Instagram, Newton-John shared a photo of herself holding hands with Travolta while dressed in their costumes, writing, “First time in costume since we made the movie! So excited!”

First time in costume since we made the movie ! So excited!!

Travolta shared a gallery to his feed captioning it, ‘Grease is still the word’ and revealing that later in the night Newton-John changed into her character’s “bad girl” outfit which featured a cropped leather jacket and black leggings.

Since meeting on set over 40 years ago, Newton-John and Travolta have remained close friends. In 2018, Travolta said his the most memorable part of making the film was meeting his co-star, to which Newton-John agreed. “Meeting Olivia, beyond a shadow of a doubt,” Travolta told E! News at the time.

“I have to say the same because John came and talked me into doing it and that was a magical day, meeting him,” Newton-John added.

The iconic Grease reunion comes just a few months after HBO Max announced a spinoff series is in the works based on the classic film.

Grease: Rydell High, which will be set in the 1960s, is rumoured to include characters from the original film, as well as both original songs and popular hits from the decade. “It’s the peer pressures of high school, the horrors of puberty, and the rollercoaster of life in middle America with a modern sensibility that will bring it to life for today’s musical lovers,” the new streaming platform said in a release.

Kate Middleton Is Painting The Town Red
Next page