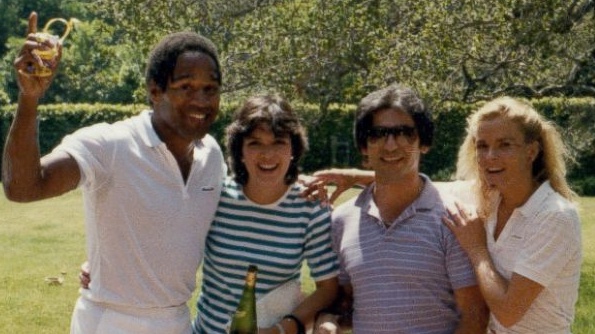 OJ Simpson reportedly bragged about sleeping with Kris Jenner while they were both married to their respective partners Nicole Brown and Robert Kardashian. In a new documentary Who Killed Nicole?, the footballer’s former manager Norman Pardo claims Simpson told him about an incident which happened between him and Jenner in a Jacuzzi one night.

The details are very graphic so proceed at your own risk.

As the story goes, the two couples were away together when Brown and Kardashian retired for the evening – separately. Simpson reportedly told Pardo “he stood up, pulled his shorts down” and the pair engaged in a sexual encounter in the jacuzzi. Simpson alleges it was “as messed up as you can possibly get” and caused Jenner so much physical pain that she needed medical assistance. When she asked to go to the hospital, Simpson apparently refused to take her and told her to ask her husband.

Pardo says Simpson told him all of this in a limousine ride from Raleigh in North Carolina to an Atlanta nightclub in 2003. The tryst was allegedly the reason both couples split soon-after – the Kardashians divorced in 1991 and the Simpsons in 1992. Jenner married Bruce Jenner – now Caitlin Jenner – just one month after her divorce was finalised with Kardashian.

Kardashian was Simpson’s defence lawyer when the footballer was put on trial for Brown’s murder in 1994.

Jenner is yet to respond but she did say in a 213 interview that has never had an affair with Simpson.