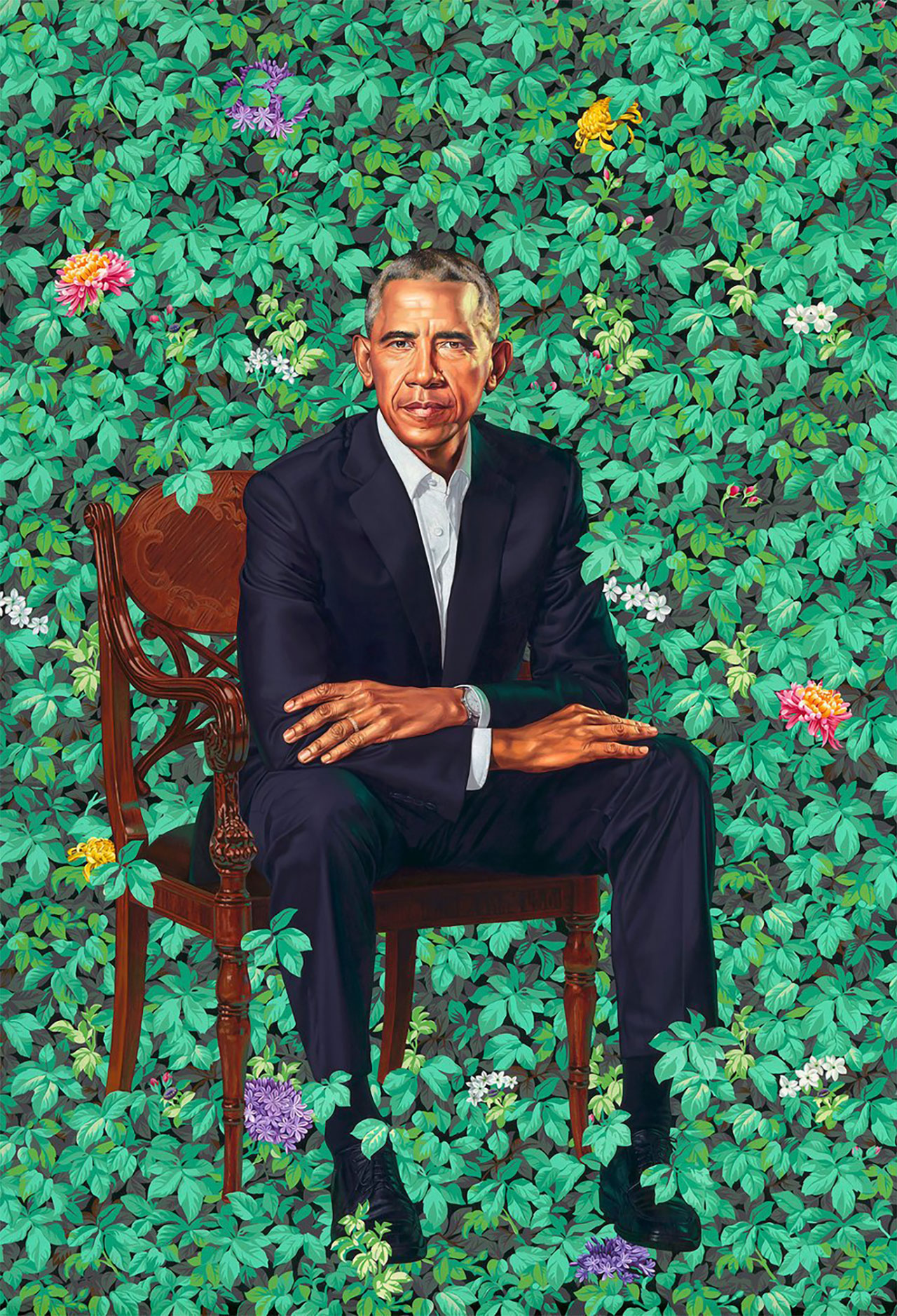 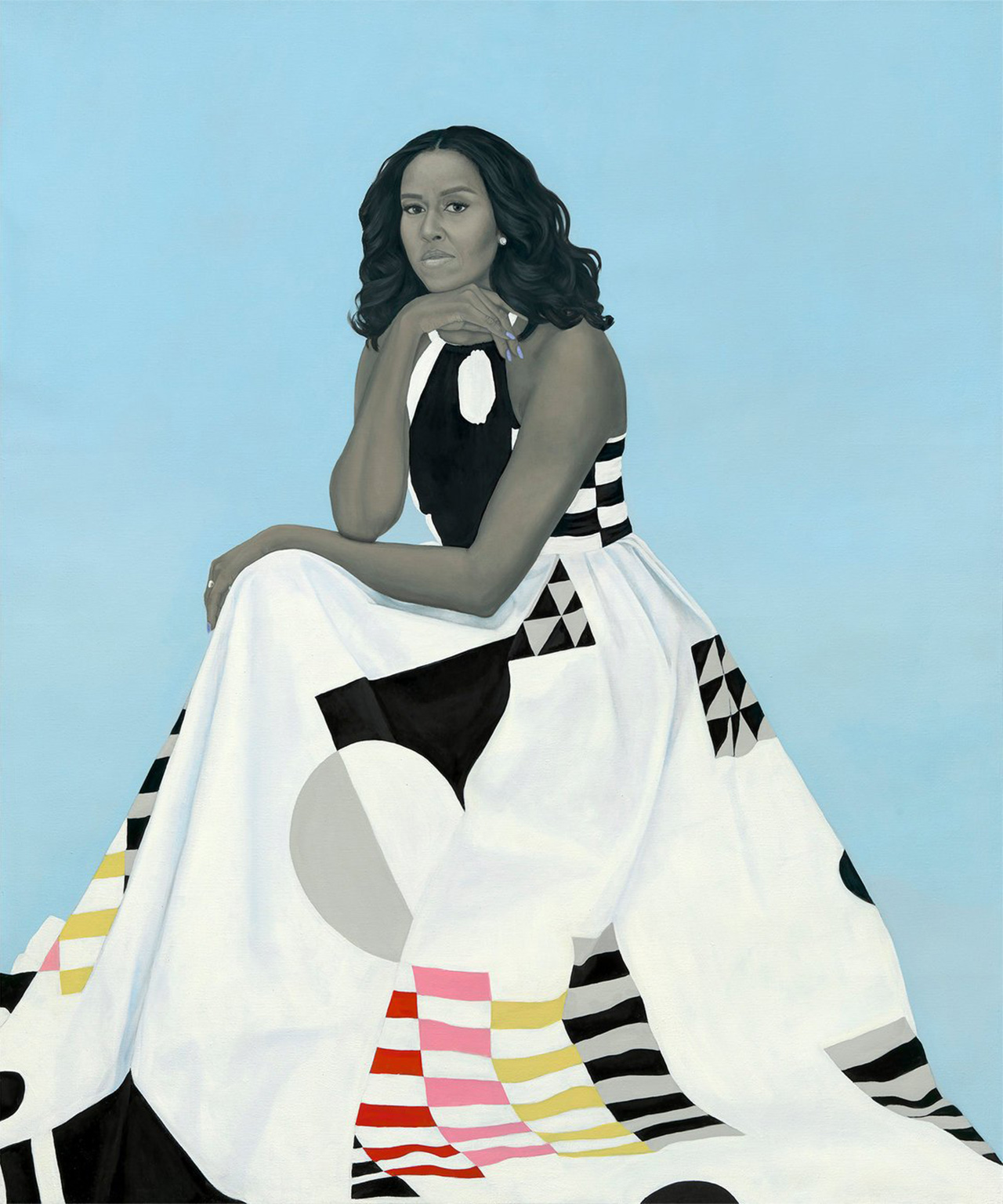 Unveiled today at Washington D.C.’s National Portrait Gallery, part of the Smithsonian Institution, the official portraits of erstwhile American president Barack Obama and the former first lady, Michelle Obama, are a stunning continuation of the couple’s legacy as history makers.

For the first time in the gallery’s history, the presidential couple have been immortalised in the works of two young black artists, Amy Sherald and Kehinde Wiley, both of whom were selected by the Obamas in the closing months of their two-term presidency.

Wiley, a figurative painter, is best known for his vivid photorealistic works featuring African-Americans, mostly young men, assuming regal poses often quoting directly from historic portraiture or sculpture and rendered in brilliant colour. His signature portraits were heavily featured in Empire, a TV series with which Wiley shares a healthy dose of camp.

Sherald’s own style is considerably more restrained. Where New York-based Wiley is all European baroque extravagance, Sherald’s African American figures are often depicted with an ambiguous monochrome grey-toned skin, the lines of their bodies reduced to simple geometries while they perform quotidian tasks while posing against graphic backdrops of flattened colour. In many works, there’s an element of fantasy, albeit one tempered when compared with Wiley’s exuberance.

Both artists, who are in their early 40s, actively address the politics of race consistently in their respective practices, disrupting the art historical conventions associated with portraiture: both also select their subjects from encounters made in the course of every day life, often on the street. Sherald, a Baltimore-based artist, in particular first photographs her sitters in natural light, either wearing their own clothes (Wiley’s practice is similar) or those chosen for them by the artist. In the case of the former first lady, a dress from the label Milly designed by Michelle Smith consumes the frame, its graphic swatches redolent of African textiles.

“As a young girl, even in my wildest dreams, I never could have imagined this moment,” Michelle Obama said of the occasion. “Nobody in my family has ever had a portrait – there are no portraits of the Robinsons or the Shields from the South Side of Chicago. This is all a little bit overwhelming, especially when I think about all of the young people who will visit the National Portrait Gallery and see this, including so many young girls and young girls of colour who don’t often see their images displayed in beautiful and iconic ways. I am so proud to help make that kind of history.”

“To call this experience humbling would be an understatement,” Barack Obama said. “Thanks to Kehinde and Amy, generations of Americans — and young people from all around the world — will visit the National Portrait Gallery and see this country through a new lens. They’ll walk out of that museum with a better sense of the America we all love. Clear-eyed. Big-hearted. Inclusive and optimistic. And I hope they’ll walk out more empowered to go and change their worlds.”