Despite being anchored by cultural institutions like the Brooklyn Botanic Gardens and the Brooklyn Museum, Prospect Heights’ brownstone-lined streets have not always attracted the style set. But on a blue-sky Sunday morning, Tory Burch erected a high tea atop of the Beau-Arts Court’s seemingly transparent floor; mini quiches, boiled eggs and raspberry and cream cakes were served amid some English garden florals.

Guests were then invited to take their seats, most of whom had probably never attended one of the museum’s First Saturdays dance parties hosted regularly in the same room. Actors Emily Blunt and Alexandra Daddario were in attendance as was editor Anna Wintour, writer, producer and transgender rights activist Janet Mock and models Halima Arden, Karolina Kurkova and Leomie Anderson. (The latter was seen in the same traffic light tracksuit 10 hours later at the Tommy Hilfiger show. Models sure are busy this year in New York.)

Just days since the 22nd anniversary of the passing of Princess Diana, Tory Burch’s Spring /Summer 2020 collection drew inspiration from the 80s and the fashionable, short life of Diana Spencer – and in a far more chic and reverent way than Hailey Bieber’s recent ode to the Royal in Vogue Paris. “I have been fascinated [by Diana] since I was young,” Burch’s show notes read. “Clearly, she was a style icon, but I loved her fearlessness, her intelligence and, most of all, her humanity. She left a legacy of giving back that embodies what I admire most, one that has been instilled in our Foundation and company since the beginning.”

Set to music The Passions and Eurythmics, the opening look welcomed a delicate, white slip dress with blossom embroidery and lace-trimmed detailing. Charming and pretty, it was the perfect dress for an afternoon in the English countryside if you ever saw one. Soft, feminine, roomy silhouettes followed – some favouring a cinched waist – and flowed through the room’s ornate arches in splashes of melon, lavender and lemon. These were offset with warm bursts of red, bright yellow and electric blue in the heavier garment offerings. “This collection brings together English garden florals, a restrained volume and my own take on the Eighties,” said Burch. Soft balloon sleeving spelt the 80s icon to perfection – a muse even Virgil Abloh reimagined a few seasons ago – while billowy trousers and wide-legged palazzos would be fit for those luxury cruise ship soirees Burch’s parents would take her on as a child.

Perhaps though the most obvious Diana look – beyond the pouffy sleeve and pussy bow offerings – was Burch’s white blazer and black collar. In the late 80s, Diana teamed a monochrome Bruce Oldfield suit with a matching black headband as she arrived at the 1986 Expo in Vancouver, Canada. Like Diana, Redken adopted a coifed look for the hair and Burch teamed with pearl drop earrings.

During interviews with media, Burch has been very careful when explaining how concentrated the alignment between Diana and her SS20 collection is. “Taking on a big subject like Diana Spencer is risky,” Burch told WWD. “We had to tread lightly; we didn’t want to be too literal.”

While subtle in her approach, Burch definitely curated a regal mood with many of the front row speaking in a quiet, reverent tone and seated up-straight as though they’d just finished an elocution lesson. Many however did have their legs crossed, a big no-no at Buckingham Palace – but one Princess Diana would have excused and maybe even smiled at behind her blunt blonde fringe and pouffy puff sleeve.

In another life, she may have even danced at a First Saturdays party too. 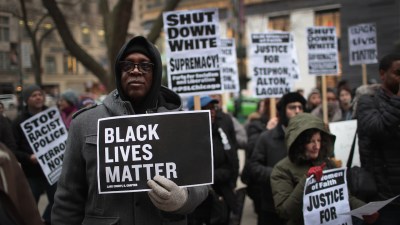 Here Are All The Protests Taking Place In Australia This Saturday 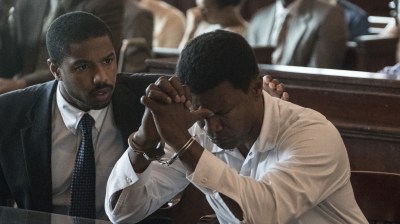 What We’re Watching: Michael B. Jordan and Jamie Foxx’s film ‘Just Mercy’ Is A Good Place To Start Learning

The Hot List: 10 Moments Of Retail Respite, As Curated By Team GRAZIA
Next page