NYFW: One Small Step in a Zimmermann Slouchy Boot, One Giant Leap for Womankind

In these times of women resisting the status quo, Nicky Zimmerman’s Fall 19 collection puts an international spotlight on an Australian feminist icon 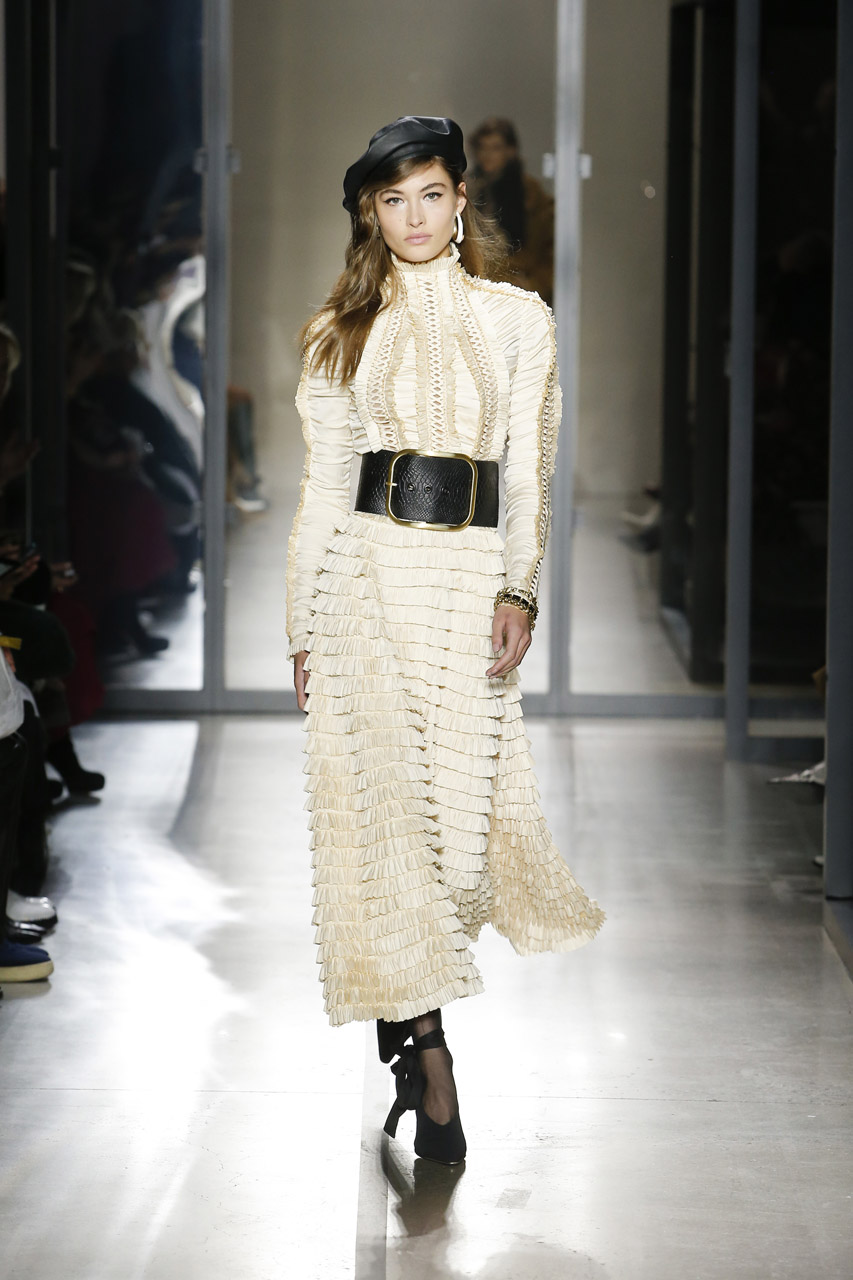 The tired term ‘empowering’ reads loud on many designer show notes; Brandon Maxwell, Christopher Kane, Prabal Gurung. You could say it’s apt for an age where the importance of the dissenting voice is firmly encouraged in Congress, in film and on the streets. At Zimmermann, however, the eponymous label personalised this notion via Nancy Wake, the Australian decorated French resistance fighter who inspired the brand’s Fall 19 collection on Monday in New York City.

“I was thinking about the world of espionage… For me, the work of a spy evoked a mood of subterfuge and sabotage,” says creative director Nicky Zimmermann. “And [Wake’s] story really set off my imagination – a mysterious and brave woman, a chameleon who moves around in secrecy, strong and resilient, always so evasive so as never to be caught.”

A target for the Gestapo in the 1940s, Wake was known as The White Mouse because she was so hard to catch. Parachuting into enemy territory during the Second World War (with a handgun, a nightie, a lipstick and a satin cushion in her bag no less), the war heroine helped shelter displaced Jews fleeing Nazi Germany. This week, Zimmermann brought a modern-day Wake – and her reimagined escapades – to the big city. 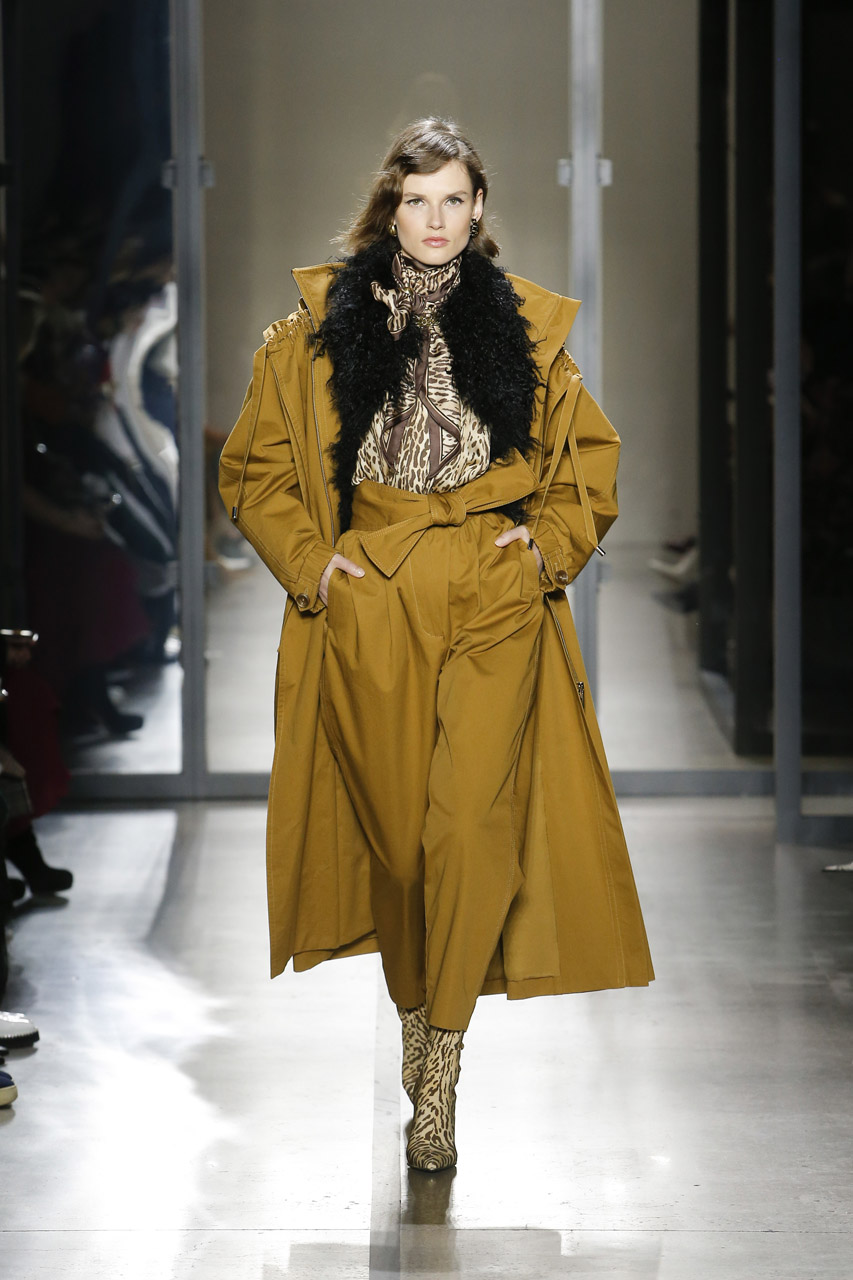 Renowned across the world for its sophisticated femininity, delicate original prints and quality fabrics and cuts, it was interesting to see the label’s signature aesthetic seamlessly mixed with military and aviation influences. Utility pocketing on jodhpur trousers – in sand, ocra and mahogany – were set against softer, printed bell-sleeve blouses. Wide leather belts sat atop familiar Victorian collars and intricate lace. Custom-woven brocade (a staple to those who wear the brand season-to-season) was given an upgrade to roulette loop finishes and buckles, drawstrings and neckerchiefs would strap you in should you dive head-first into a movement. The leather beret though spoke directly to the era and occupation of Wake. It was a pièce de résistance of sorts and one elusive French spy Marianne Beausejour would surely pop on to secretly meet Max Vatan, characters made famous by Marion Cotillard and Brad Pitt in the 2016 French spy film Allied. Enigmatic, self-assured, swift and ballsy, if today’s women’s movement had a uniform, it would be Zimmermann.

“As a design team we are really clear about what we are as a brand and what our aesthetic signature is,” Nicky told GRAZIA pre-show. “The challenge is to always move forward from season to season. That is not such a challenge for me personally though as it’s what I naturally want to do when I finish one collection. I am ready to move onto a new idea.”

For Nicky, part of moving forward has been looking back – and her inspirations are, for the most part, linked to her Australian roots. To this day, she still drives past her flagship store in Australia to “make sure she’s happy with everything.” “I grew up in Sydney, I live in Sydney, these stories, like Nancy Wake, are the ones I’ve been exposed to and that are meaningful to me,” she says.

But step outside the Paddington store and cross Oxford Street; there – in the sun-less, damp and somewhat decrepit grounds of a primary school – is Paddington Markets, the very site where Zimmermann began in 1991. While many an Australian designer would try their luck here, very few would make it across the highway as a high-end boutique and then onto New York City without bowing out to the boom-and-bust cycle that plagues so many of our homegrowns. If NYC was Nicky’s dream destination, then Oxford Street – long, congested and with sort-after and expensive leases – was the metaphoric road it would take to get there.

It’s one thing to get to the top, it’s another to stay there and Zimmermann has continued its steady uprise for decades. Today, it’s a must-see. “It never really feels like work to me,” she explains to GRAZIA. “If you don’t love doing the hard work creatively in the studio then you are not going to last long. The fashion cycle is so rigorous and fast that you have to move quickly to the next.”

Nicky is already working on September. To borrow from the The White Mouse explicitly, catch her if you can. 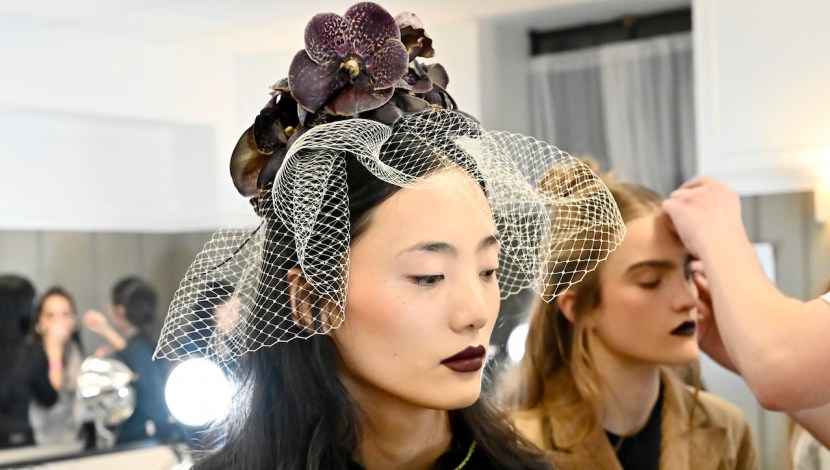 Diamond Brows And Razor-Sharp Liner. All The Best Beauty From NYFW 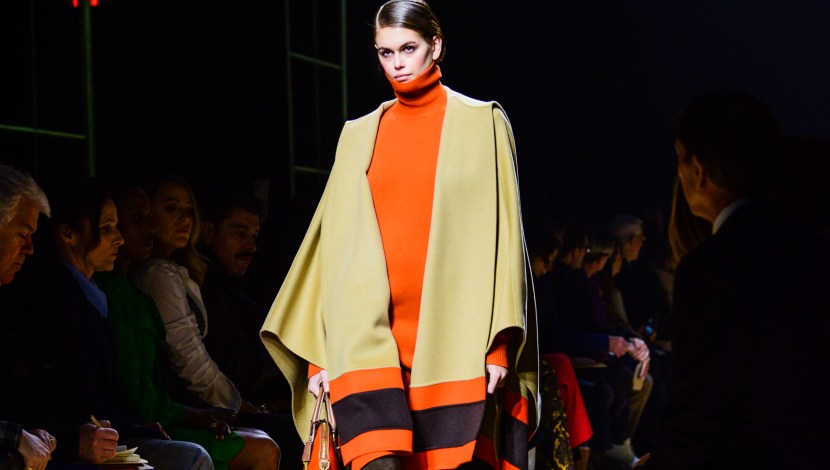 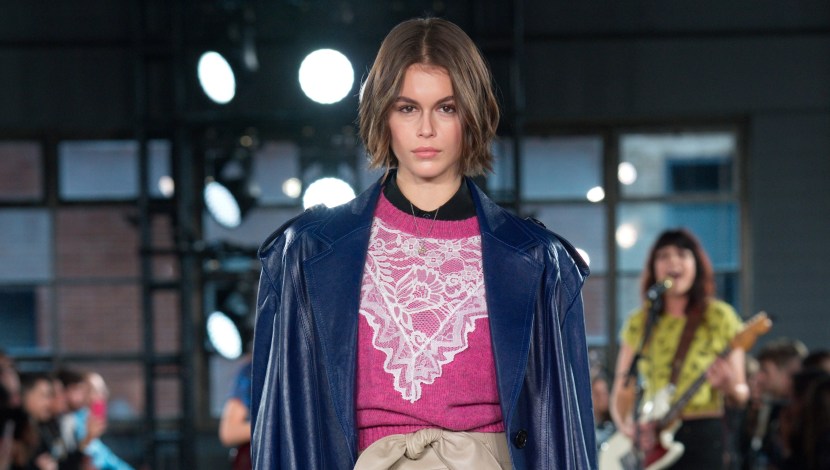 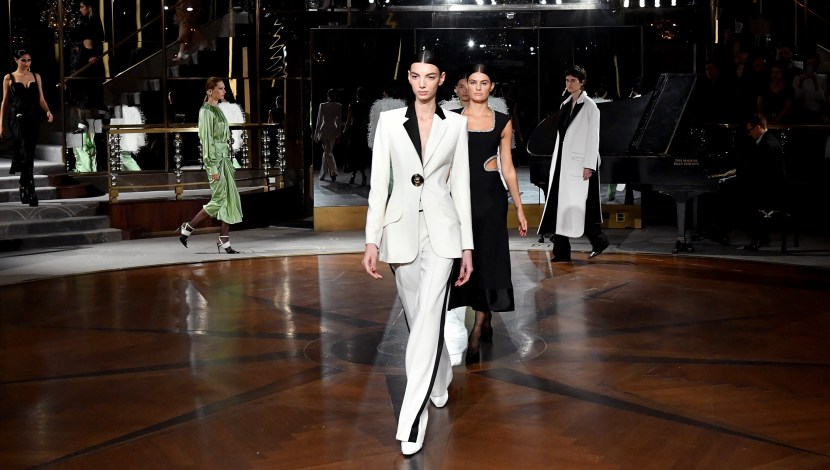