Summer is a year-round event at North Bondi Fish, where serious seafood competes with an unbeatable view for the attention of the spritz set 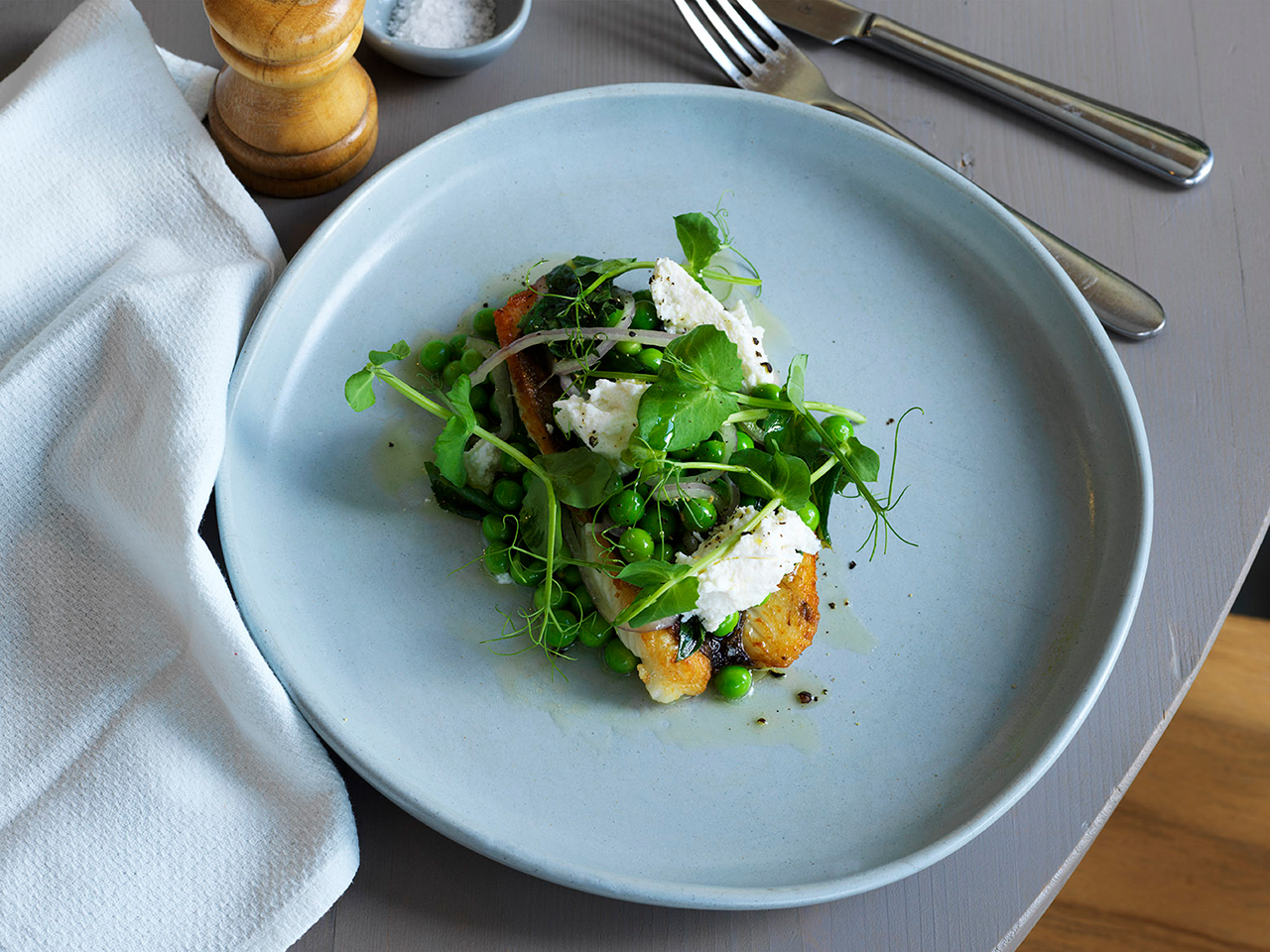 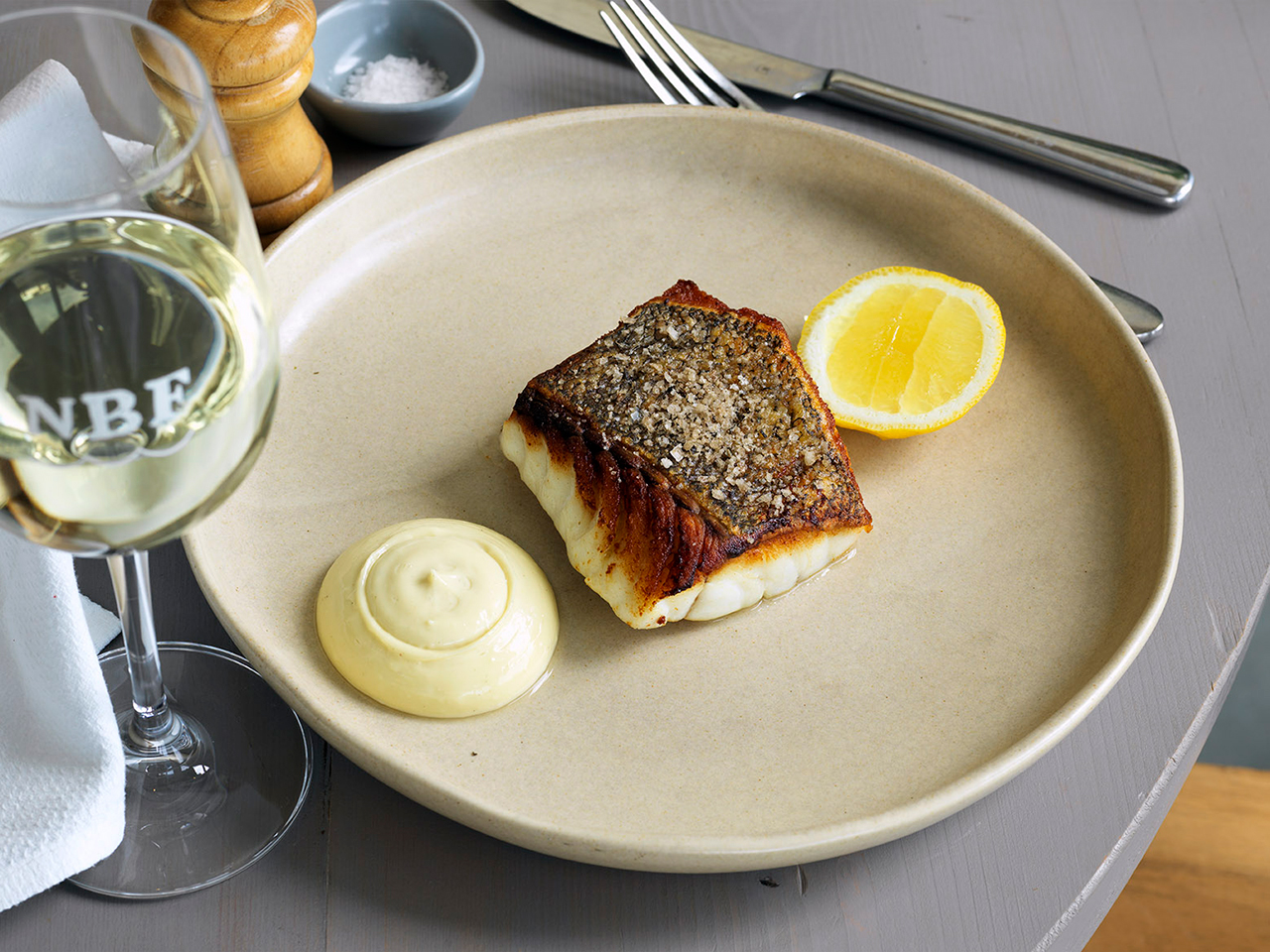 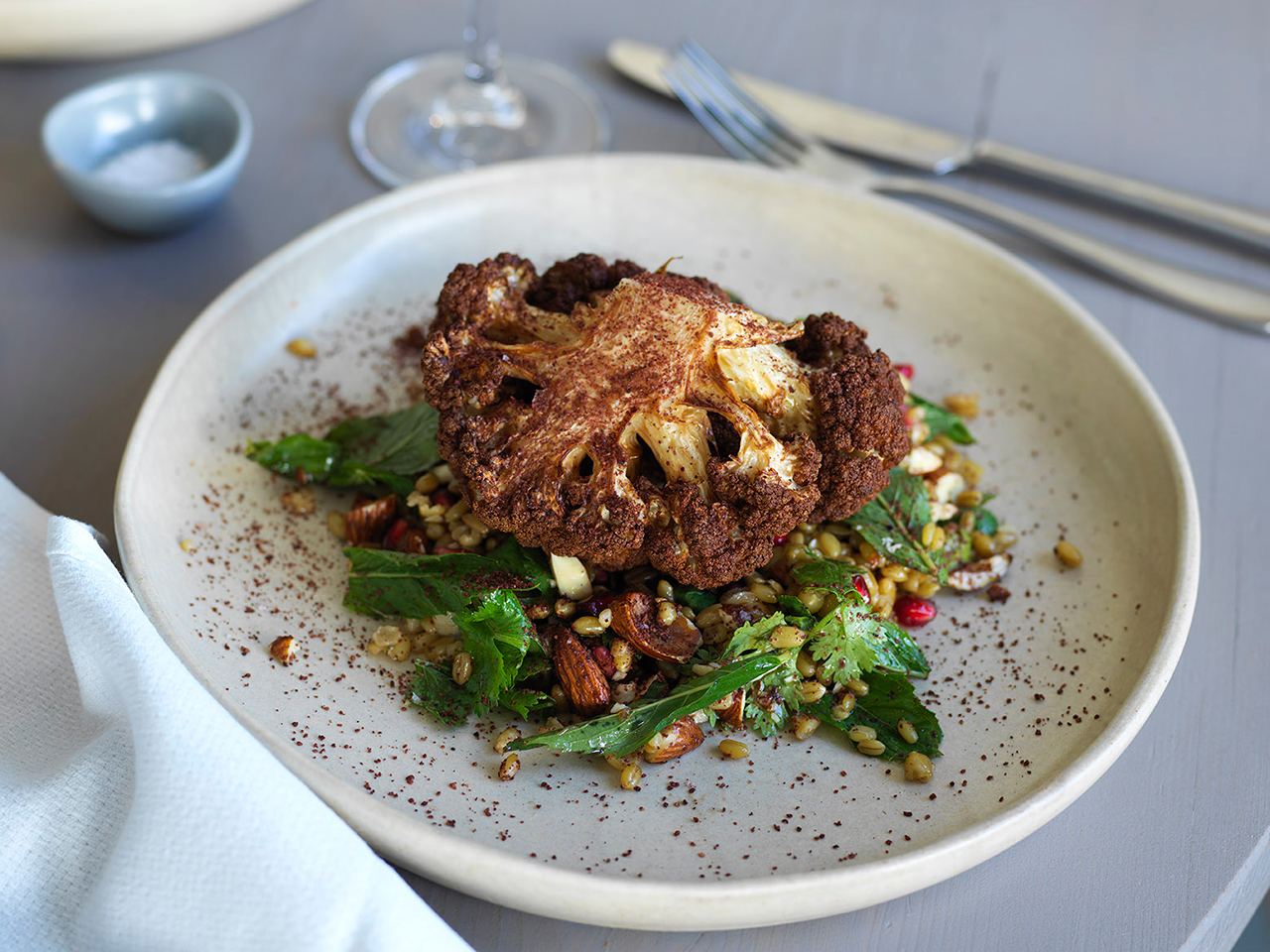 A salad of cauliflower, freekeh, almonds, sumac, coriander and mint with a pomegranate dressing 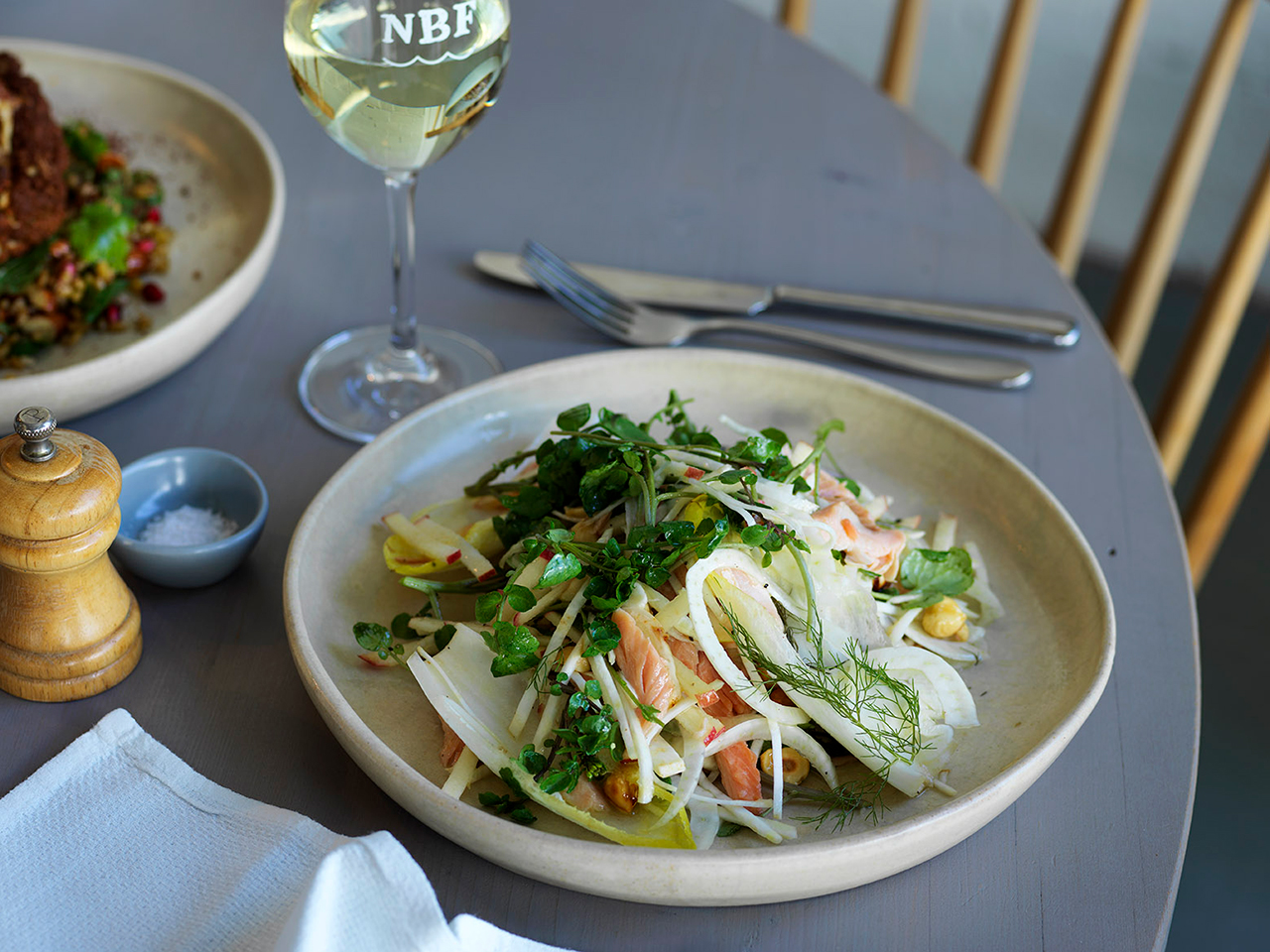 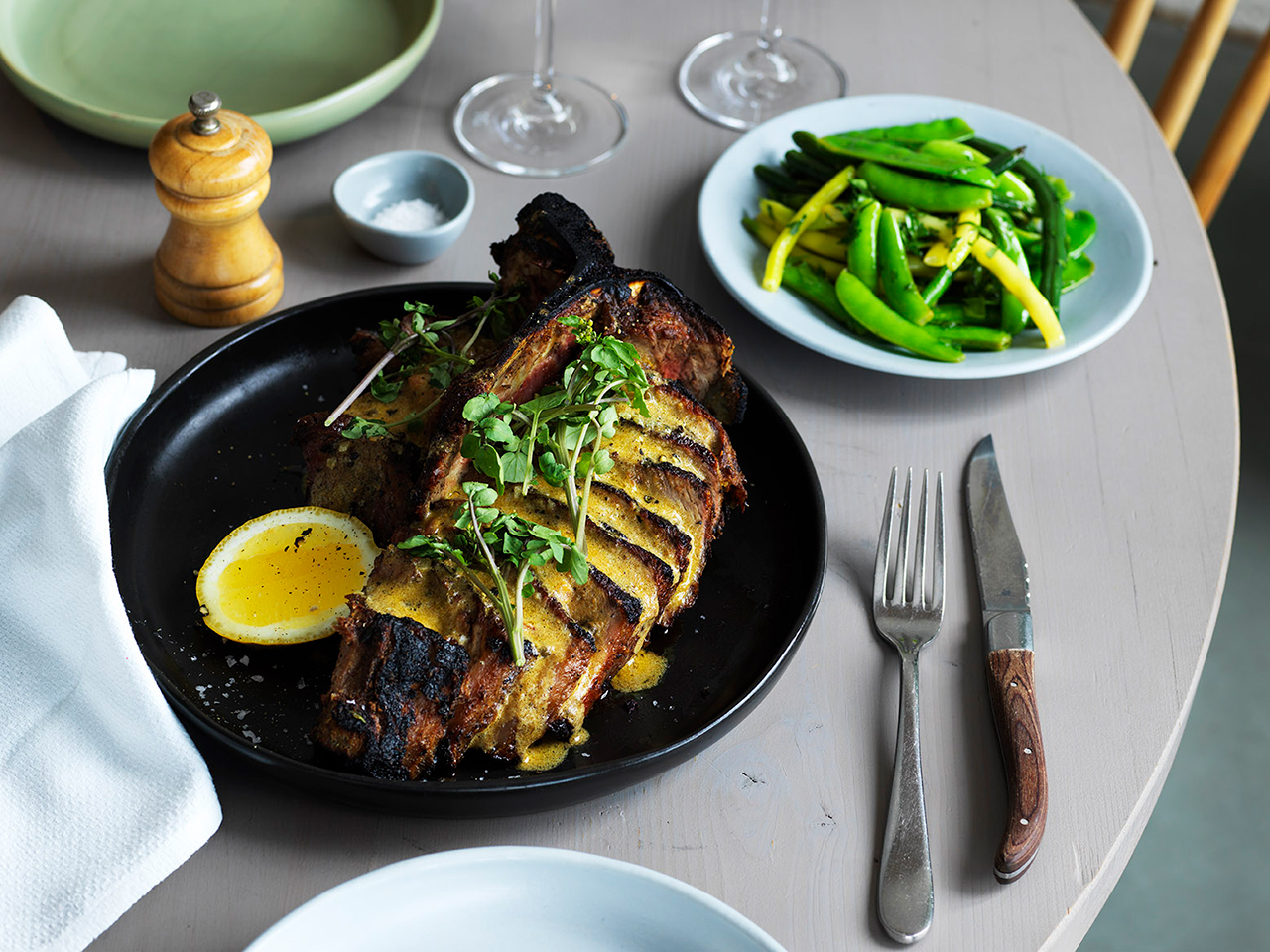 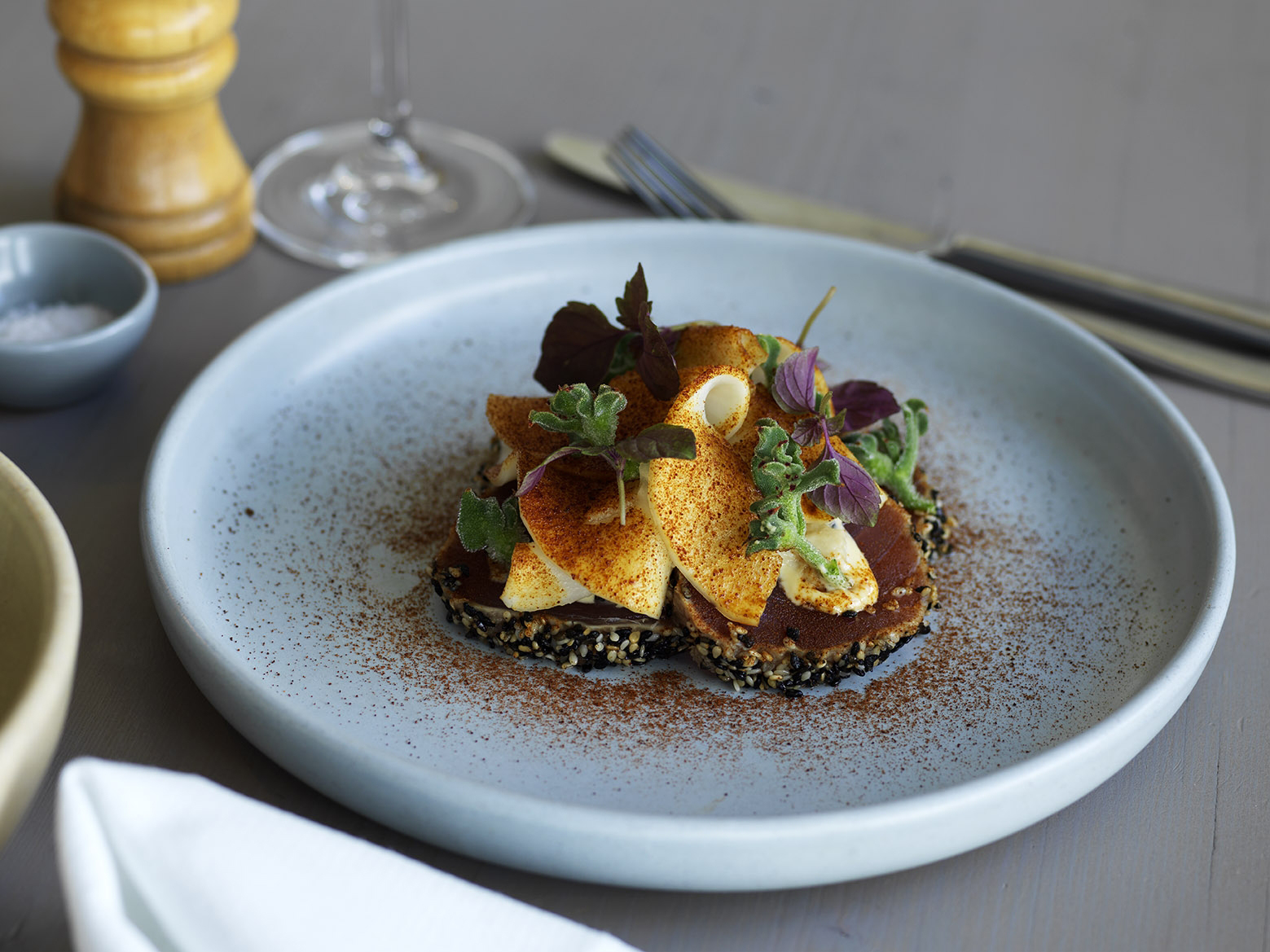 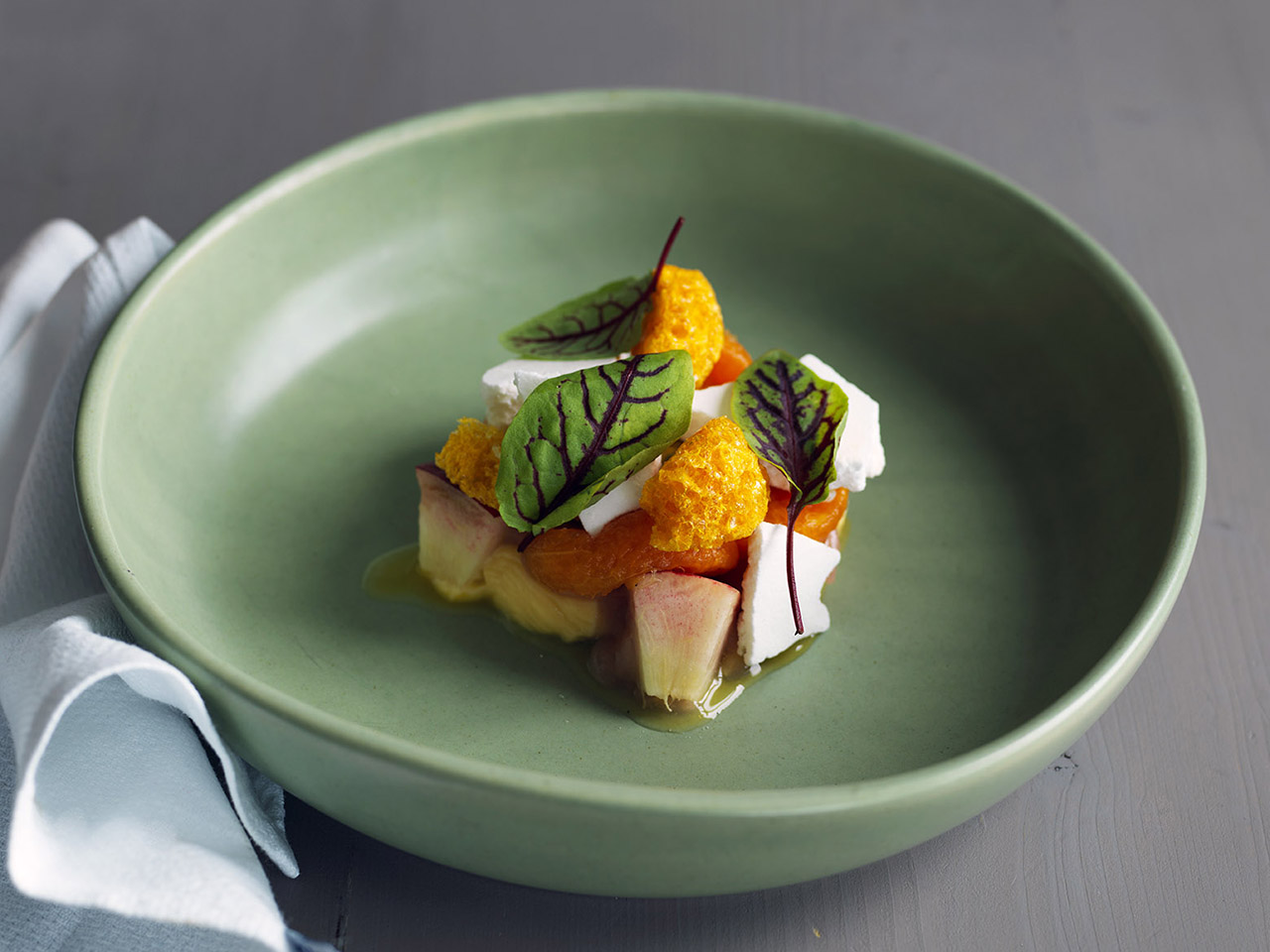 A dessert of white peach and meringue 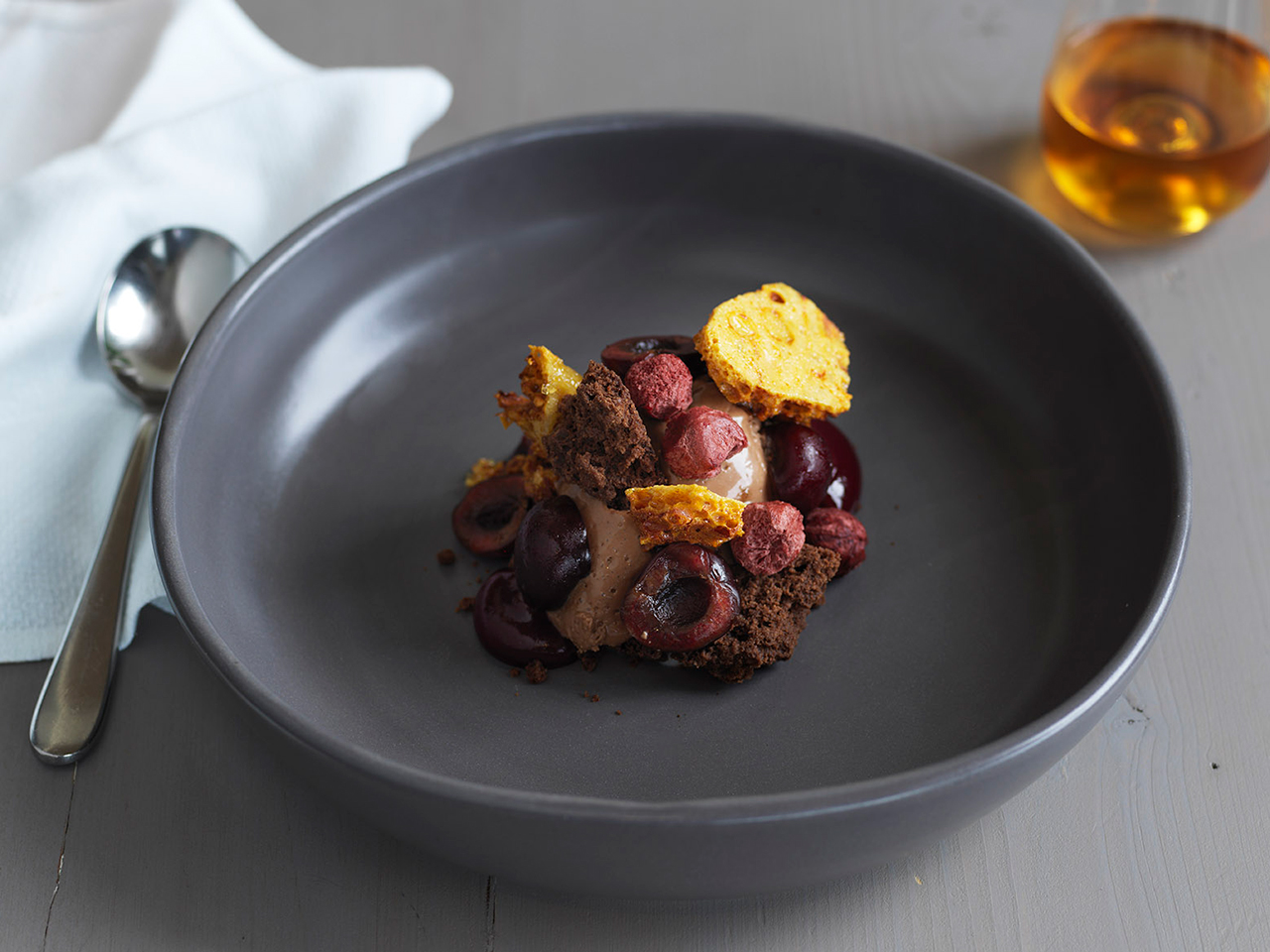 A cherry, chocolate and honeycomb dessert

Autumn may have arrived but at North Bondi Fish, summer has always been a year-round affair.

Unperturbed by the prospect of any lingering post-lunch bloat, sun starved men are quick to doff their shirts within seconds of alighting from the restaurant’s front steps. Inside, long necked women in linen shifts stalk the periphery – a spritz is non-negotiable. Overheard, a DJ clad in a straw trilby uses vinyl to cement the mood: one minute, it’s Diana Ross, inverting gravity; the next, the boys from Air strike a decidedly sexy chord. This is the land of the long family lunch, the girls’ dinner, drinks with the boys and, with surprisingly evident frequency, the 30th birthday lunch (thanks, Mum and Dad).

North Bondi Fish delivers exactly what it promises on the label. Formerly North Bondi Italian, the always bustling restaurant on the ground floor of the North Bondi RSL changed hands some five years ago and, under the watch of the Solotel Group (owned by Matt Moran and Bruce Solomon of ARIA, Chiswick et cetera) the space has since gained a new lease on life driven by, amongst other things, haute chips and fresh fish in myriad incarnations. A recent revamp of the interiors has seen the airy dining room’s teal blue accents and fernery switched in favour of muted pink tones and fiddle leaf figs. Well-worn Berber rugs soften the grind of whatever sand has been traipsed in underfoot and, above head, paper lanterns nod amiably in the breeze. ‘Picture perfect’ seems to have been the brief, and the execution leaves patrons wanting for little more if the amount of poses struck gives any indication.

On one wall of North Bondi Fish is a triptych of new acrylic works recently installed in the restaurant by the multi-hyphenate artist Daimon Downey, the graphic lines of which are cut in such a way so as to resemble paper collages. The colours of each abstract figure evoke summer at its peak: the dusty of a day in the sun, a deepening tan offset by impossible blues. The artist has said that it was his intention to depict a typical day in the life of the adjacent beach, albeit in a more subdued and minimalist fashion. Downey’s silhouetted subjects are left faceless; the idea is that you’ll picture yourself there in the same frame instead before ordering (the artist recommends) the crab pasta and diving in.

About that crab pasta: it’s fantastic.

A strozzapreti – a thin, hand-twisted tube perfect for absorbing sauce within its folds – is liberally peppered with flakes of fresh crab swimming in a broth that’s pleasantly redolent of the sea itself. It’s the perfect summer lunch dish, enlivened by a trifecta of fresh basil, parsley and tarragon. It’s executed with confidence, and it feeds you with confidence in return. Suddenly, ‘I’m going to make that at home’ doesn’t seem like a feat of fancy but an entirely reasonable proposition. After that dish is cleared, and perhaps after a second vermouth spritz is ordered, it becomes evident just how easily a lunch at North Bondi Fish can roll into an afternoon that slowly acquiesces into dinner. But before you start planning your next meal, better finish the first.

Start with the restaurant’s daily market list: the freshly shucked oysters from Port Stephens that come garnished with a winning Bloody Mary granita, or savour each butter soft instalment in the daily sashimi offering. A delicate tuna tataki is made remarkable through through the addition of delicate sprigs of ice plant, pickled daikon and miso mustard mayonnaise. A bowl of school prawns lightly fried and dressed in sumac, chilli salt and the juice of a charred orange are so agreeable that I’ve since made room for them as a regular instalment in my dietary pyramid.

The remainder of the menu ricochets between global influences – the whiting tacos and kingfish ceviche speak to a Mexican influence, before XO king prawns or a roast cauliflower salad take you to entirely different continents – but a constant theme is the versatility of the seafood which, you’re advised, is caught sustainably and by line where possible. Wherever you end up though, ‘when in Rome’ is an advisable edict when it comes to navigating the waters at North Bondi Fish: stick with the seafood and, oh, how you’ll love to be beside the seaside too.

On a recent return visit at the height of summer on a Saturday, I sat in the restaurant and watched as smoke billowed over the southern headlands as two fires burned near Wattamolla in the Royal National Park in Sydney’s south. Impervious to the trickery of scale and perspective, our waitress looked out and asked, with grave concern, ‘It’s not close, is it?’ Nearby, a super yacht had dropped anchor perilously close to the swimmers commingling around the rocks at North Bondi, despite the evident protestations of the two lifesaving boats who frantically circled around the yacht. Though the danger posed by the fire would subside with time, the same super yachts will always find their way into this pristine inlet, no matter the season.