There is nothing epic about the screen adaptation of Sally Rooney’s hit novel. That’s what makes it so special and so vital 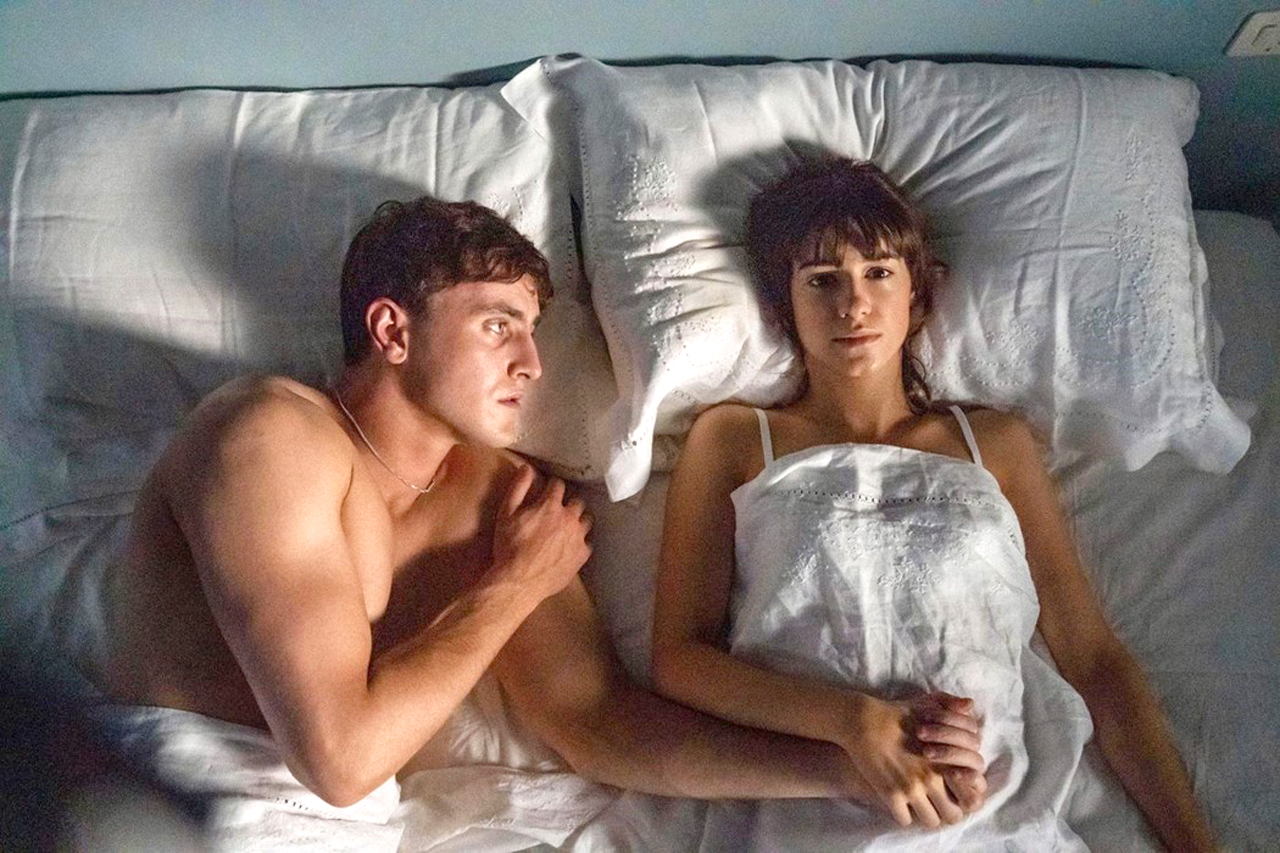 I watched the Normal People adaptation with my boyfriend.  It’s not his usual genre (spy / political thrillers), but he was game.  He paused often as we watched, to comment on the show’s minor characters (‘Ok, Lorraine is amazing’; ‘She needs to get away from Jamie’), urgently recommend it to a friend (‘Ok, I’m sorry, Ryan needs to see this’) or comment something along the lines of, ‘I don’t know why I love this so much.  It just feels like watching people’s everyday lives – but I’m obsessed.’

Before watching the show, I was worried about the sentiment behind this last comment.  Would it be compelling to watch a show that is, as its title suggests, simply about the lives of normal people?  The book holds such a special place in my heart (the day I read it – after it was urgently pressed into my hands by a friend – I cancelled brunch, then dinner, plans, and stayed in bed all day reading).  But screen adaptations don’t always work, and I was particularly concerned that a screen adaptation of this book, which is so internal and intimate, so focused on the inner machinations of its characters’ minds, might be stilted or boring or indecipherable when magicked to life.

Of course, my fears were completely unfounded.  The show received the same obsessive, emotive reception as the book – the people love it.  As journalist Pandora Sykes recently tweeted, ‘liking the adaptation of Normal People is about as radical as liking a flat white, but I don’t care, I love ’em both.’

Ultimately, all the aspects of the book I worried would not be capable of translation to cinematic format (the ordinariness of the characters’ lives, their intimacy, the portrayal of their vulnerability) were what made the show so special.

The show follows the relationship of Connell Waldron and Marianne Sheridan – beginning in high school and culminating at the end of their time at university.  They first become involved when Connell comes to Marianne’s house to pick up his mum, who works as a housekeeper for Marianne’s family.  This is one aspect of their power dynamic – the class disparity between Marianne, whose family is wealthy, and Connell, whose family is not.  But the more prominent power imbalance between them, at least when the story begins, is the fact that Connell is popular at school – sporty and well-liked – while Marianne is a social outcast, known for being prickly and odd.  Their relationship begins in secret – when Connell worries about what being involved with Marianne would do to his reputation at school, Marianne assures him that ‘no one would have to know.’

Their dynamic is infused with the intensity, the exquisite pain, of teenage love.  I mean the kind of compulsive obsession with another person that stops being healthy and normal as an adult – but which, for a 16-year-old, is as natural as breathing.  The feeling that another person is the centre of your world – that everything you do leads back to them. 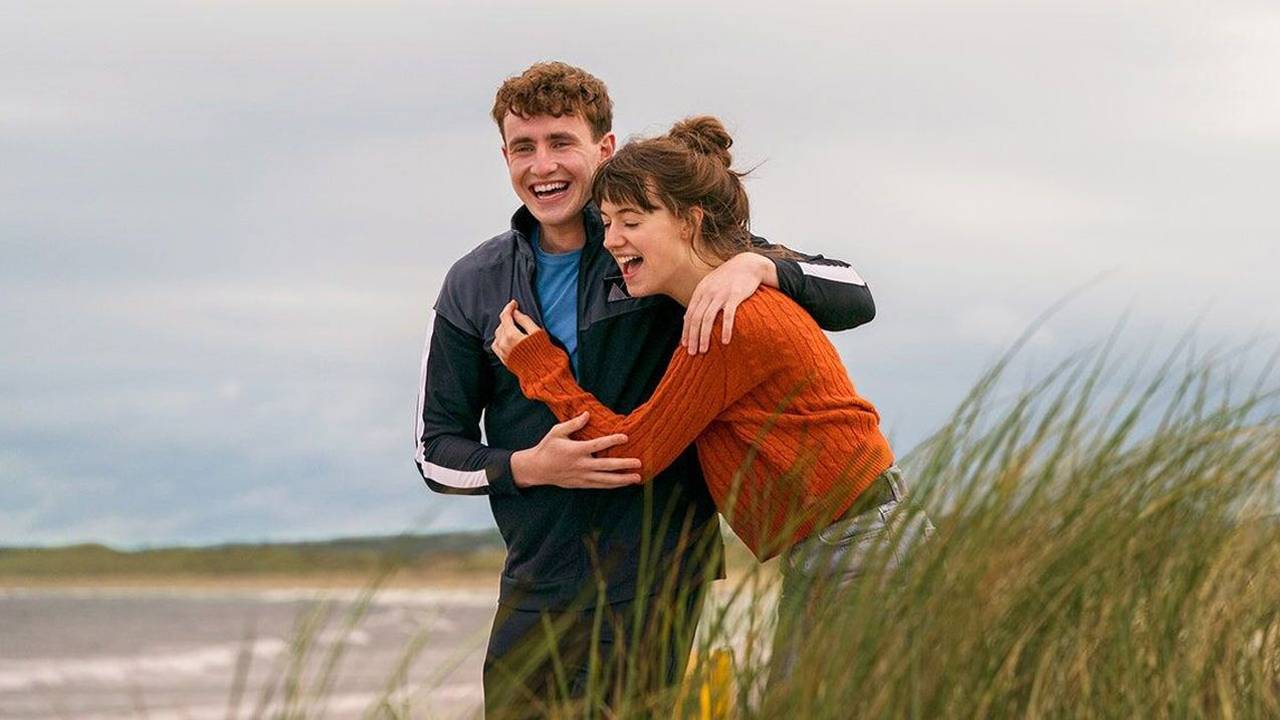 This intensity continues into young adulthood.  The characters seem marked by each other – even in the periods when they’re not dating (their relationship is on-again-off-again), they share a special connection and understanding.

Through the lens of this relationship, the show plays with social dynamics and power structures in a really interesting and impactful way.  When the characters begin university, the things that made Marianne an outcast at school (that she is opinionated and non-conformist), are the source of newfound popularity.  Meanwhile, Connell struggles to make friends and find a sense of belonging.  These different experiences reflect differences in class and privilege – while Marianne and her university friends feel at home at the prestigious Trinity College, probably because they’re used to inhabiting similarly hallowed spaces, Connell doesn’t feel like he fits.  At one point, the dreaded Jamie asks Marianne, ‘but is he smart?’.  What he’s really saying is, ‘he doesn’t look or dress or talk like a refined person’ – someone who’s had opportunities like private education and exposure to art and culture heaped on them from birth.

Love is also a form of social capital.  While Marianne is privileged, in one sense, to come from a wealthy family, who provide her with an apartment in Dublin and a summer home in Italy, her family dynamic is dysfunctional and abusive.  Meanwhile, Connell is privileged to come from a loving home, with a supportive and kind mother, with whom he has a close relationship.  This is something Marianne so painfully lacks.  In one beautiful scene, Marianne spends Christmas with Connell’s family, and he finds her alone in his room, taking a breath.  He asks her if his family is too much; smiling through tears, she replies, ‘no – it’s lovely.’

The thread that runs through Connell and Marianne’s relationship – the thing that keeps pulling them apart – is their persistent failure to communicate effectively.  While it’s clear that they love each other so much, they just keep missing each other.  Each seems to think the other is able to interpret what they’re feeling.  One scene, towards the end of the series, showcases this problem.  ‘I think it’s pretty obvious that I don’t want you to leave,’ Connell says to Marianne, as she prepares to walk out of his childhood bedroom. Her reply – ‘I don’t find it obvious what you want’ – gives voice to the thorn in their relationship’s side.

We are so used to seeing epic love stories.  As Sophie Gilbert writes for the Atlantic, ‘stories about love, typically, are epic and unreachable in scale, from Orpheus and Eurydice to The Notebook.’  So it feels rare to watch a love story that is so ordinary, it feels universal.  One whose challenges – poor communication, insecurity – are things we have likely all faced, in one way or another, in our own relationships.  In Gilbert’s piece for the Atlantic, Sally Rooney is quoted about her drive to do this: ‘Certainly something that I’m trying to accomplish in my work, in my two novels and in the show and the novel I’m writing now, is to try and situate love and romance in all its overwhelming power—and all the pleasure and desire that comes with that—in the difficult complexity of ordinary life… To take the mundane, unglamorous difficulty that we all have just being alive, and to allow romance to infiltrate that, and not be dishonest to either aspect.’  Normal People is not an epic love story; it’s an everyday story, that deals with everyday issues with sensitivity and compassion and intelligence. 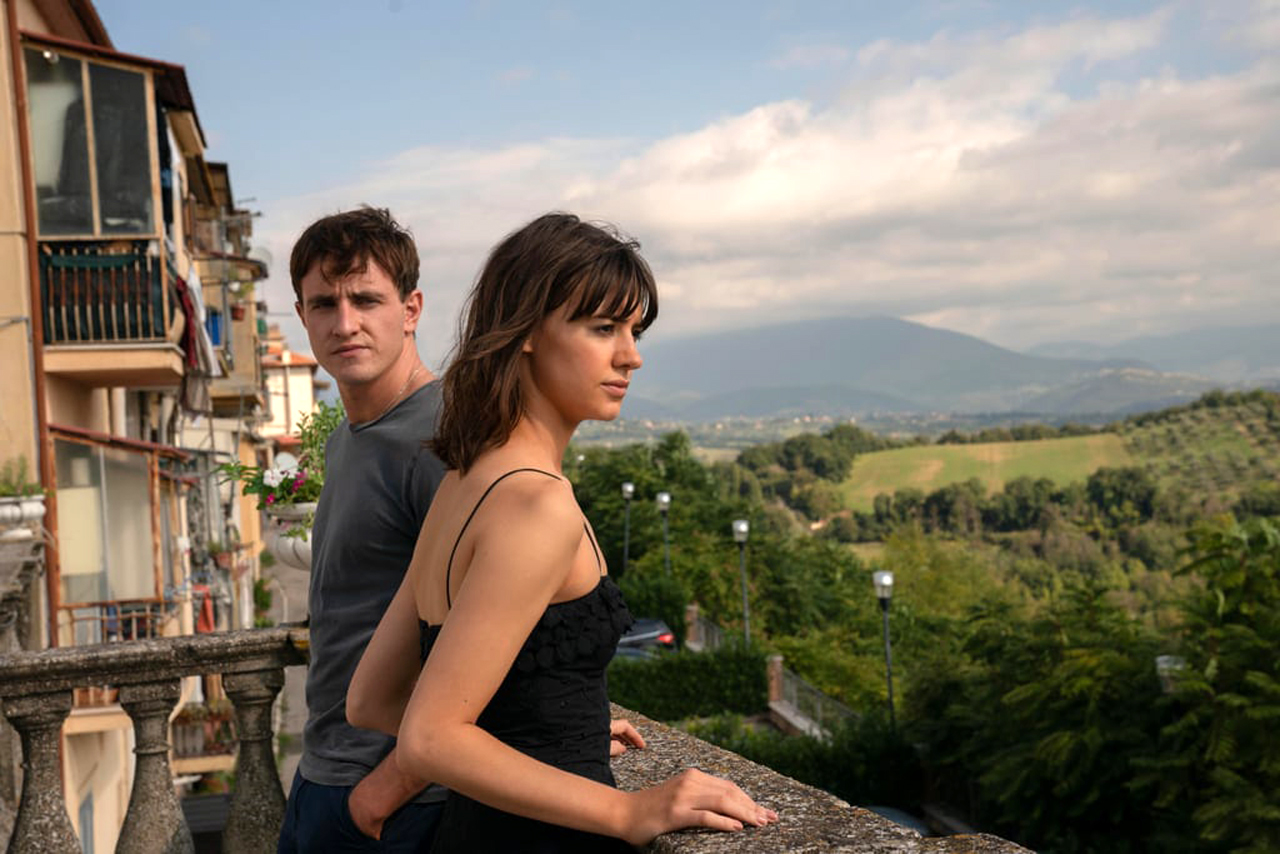 Similarly, teen/university dramas tend to have highly stylised, sound-bitey premises (recent examples include Sex Education, The Politician and Dear White People).  When this is what we expect, it’s surprising and refreshing to watch something whose foundation is nothing more than the relationship between two ordinary people – but which addresses big issues, like mental health, sexual violence and privilege.  There seems to be more demand for this.  The premise of recent runaway success Fleabag is also largely ordinary (the show follows the daily happenings of one woman and her middle-class London family), but the show unpacks the processing of trauma and grief with sensitivity and humour.  These shows are so powerful because they represent ordinary lives, and the human issues that plague them.  When there is an element of unreality to so many love stories, it’s moving and captivating to see something that speaks to our humanity closely and directly.

Finally, Normal People’s portrayal of sex is so perfect.  Sex is a huge part of the show, with the sexual chemistry between Connell and Marianne something like an ever-present third protagonist.  Often, the sex scenes are very long – as Rachel Handler writes for Vulture, ‘there’s a sex scene in the second episode of Normal People that lasts nine minutes and 24 seconds — or, put another way, a third of the entire episode.’

This mimics sex in real life – where it isn’t a suggestion, something flashy and cinematic, alluded to for a second before cutting to a new scene – it’s something we live, which is sometimes awkward and tender and sincere, sometimes fun, sometimes heartbreakingly intimate, sometimes funny.  The show gives us all of this – it’s a rollercoaster of very real human emotion.  When so much on-screen sex appears to be devoid of real sentiment (Sophie Gilbert’s Atlantic piece posits that, ‘stories about sex… tend to be almost defiantly detached from emotion, as if the two can’t coexist’), this is a breath of fresh air.

In a way, the show’s spot-on depiction of sex isn’t surprising – intimacy coordinator Ita O’Brien was hired to coordinate sex scenes, ensuring that sex was portrayed authentically and sensitively, and was filmed with the actors’ comfort being top of mind.  Maybe it was this expertise that allowed the very sensitive issue of consent to be portrayed in such a brilliant way (prompting calls for the scene where Marianne and Connell first sleep together to be made compulsory viewing in schools and universities).

There is something compelling about watching the dailiness of people’s lives.  When we are used to epic romances, and sex that is either too cinematic or emotionally watered down, it feels powerful to get deep into the crevices of a small, simple love story.  In real life, love is intimate, sincere, awkward, painful, knotty.  Its ability to capture this – to make so many people feel this – is what makes Normal People so revolutionary and so, so lovely.