Nicole Poturalski Wants You To Unfollow Her 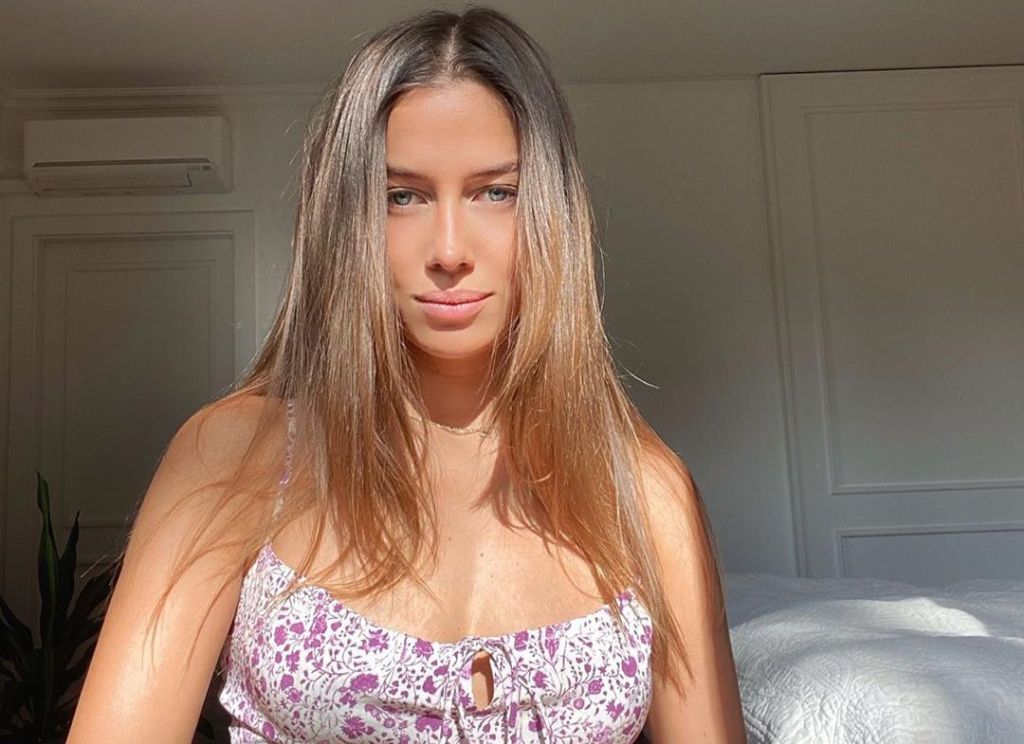 A month ago, Brad Pitt was spotted on holiday with 27-year-old German model Nicole Poturalski, immediately sending the world into a tailspin. The photos were the first time the pair had been linked romantically, but pretty quickly images were being pulled up from December 2019, where they were spotted at a Kanye West concert together in LA, and we realised we’d been being taken on a ride this whole damn time.

Since the photos emerged, Poturalski has been all over the press: there’s been stories insinuating she’s still married and is in an open relationship, stories about a feud between Pitt, Poturalski and Pitt’s ex-wife Angelina Jolie and tabloid rumours that she’s using Pitt for fame.

Now, Poturalski, who made a surprise appearance at Milan Fashion Week to walk in the Hugo Boss show, has addressed the hate on Instagram in a candid live video. “Hey guys, I have been wondering since forever why people leave hateful comments?” she asked in German, writing the video’s captions in English per Us Weekly. “Why? What is the benefit? Just in general, I want to understand the train of thoughts. Because I don’t get it. It’s just so rude and sad for those commenting.”

Poturalski then told her haters that it takes less effort to click the unfollow button than it does to leave a negative comment. “And just don’t follow people you don’t want to see or don’t like their content. Easy,” she said, adding, “So just be nice and kind. Try.”

This is the second time Poturalski has responded to the constant rumours surrounding her high-profile boyfriend. Last month, she shut down speculation about bad blood between her and Jolie, writing on Instagram, “Happy people don’t hate.”

Poturalski’s video is in a similar vein to the one Leonardo DiCaprio’s girlfriend, actress Camila Morrone, posted in July 2019, after there was backlash about the couple’s 23-year age gap.

“I just read some of the comments on my Instagram and my God, people are so mean,” she said on Instagram Live. “And like full of anger for people they know nothing about. I guess I just hope on this Friday that people learn to live with a little less hatred and place their time and interest elsewhere because living without hatred feels pretty good.”

Leonardo DiCaprio’s girlfriend Camila Morrone responded directly to those mocking their relationship on her IG Story: “I just hope on this Friday that people learn to live with a little less hatred.” pic.twitter.com/gAI1GgveMA