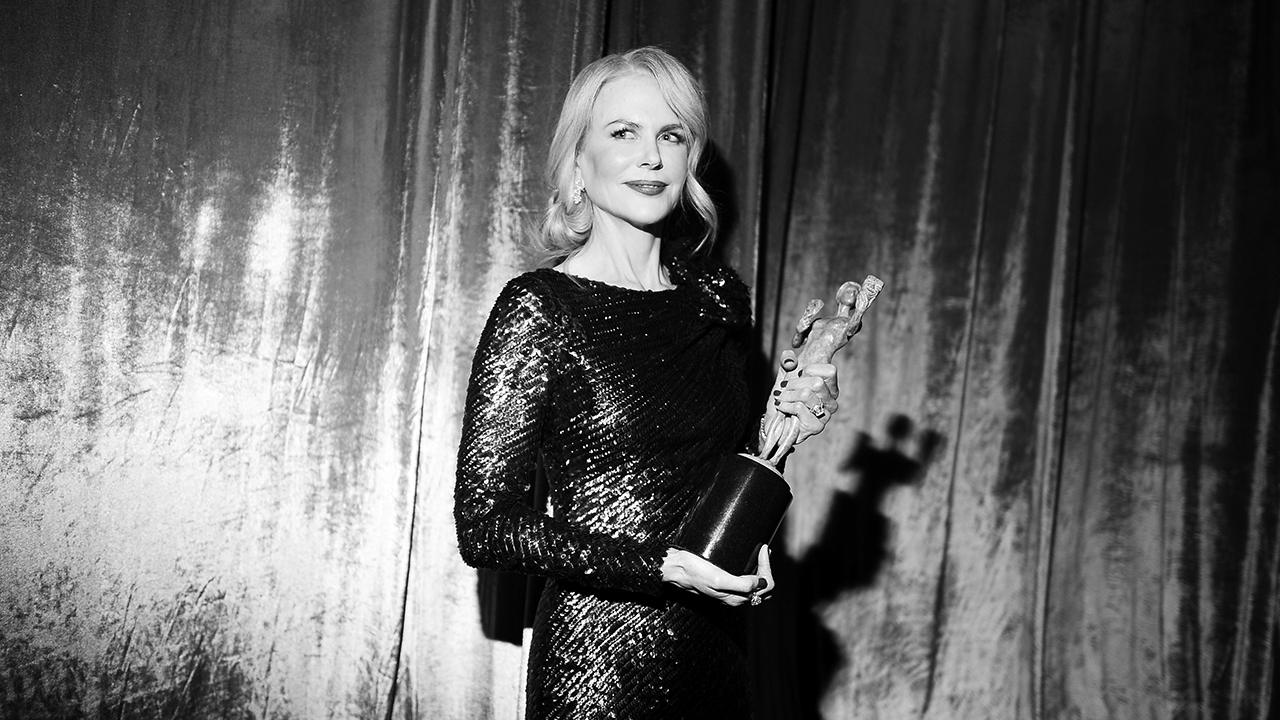 On the same weekend as the Women’s March’s in New York City, Nicole Kidman took home her first Screen Actors Guild Award for Outstanding Performance By A Female Actor In A Television Movie Or Limited Series. It’s timing is important considering Kidman, 50, is being lauded for her role as Celeste in HBO’s wildly successful Big Little Lies; a woman strewn between wealthy lawyer mother and a wife who is beaten up by her husband frequently.

“At this stage in my life…and this time in this industry, when things are going on, and for this role… I’m incredibly grateful,” Kidman said through tears.

“I want to thank you all for your trailblazing performances you’ve given over your career and how wonderful it is that our careers can go beyond 40 years old because 20 years ago, we were pretty washed up by this stage in our lives,” she said. “We’ve proven — and these actresses and so many more have proven — we are potent and powerful and viable.”

“I just beg that the industry stays behind us because our stories are finally being told,” she said. “It’s only the beginning.”

#NicoleKidman receives the Actor® for Outstanding Performance by a Female Actor in a TV Movie or Limited Series! #sagawards ? pic.twitter.com/gnZbzUIEmD https://t.co/epFF7uG4S6