Who Would Deny Nicole Kidman From Shooting A Couple Of Scenes At Their Place?

Only in New York…

Nicole Kidman and Hugh Grant were stopped from filming in an exclusive enclave of New York by protesting residents. Shelter Island – a town at the eastern end of Long Island and home to just 2500 people – was ruled a no-go zone by the town’s council, much to the annoyance of the cast and crew of HBO series The Undoing.

According to Page Six, location scout Linda Perkins asked for permission to shoot the new series on the Hamptons island for three days in May, but was denied. The show – which delves deep into the story of a successful Manhattan therapist – needed an old summer house to shoot at. The late-night scene would reportedly involve a helicopter and an arrest, something Shelter Island’s councilman Jim Colligan labeled as “light noise”. And apparently this would be too disruptive.

Colligan labelled the $15,000 shoot fee as “archaic” and noted his daughter worked in the film industry and he knew the chaos that would ensue. The thing is, filming there – even just for three days – would have meant a lot of business for locals. Perkins noted between 80 and 100 members of cast and crew would have been working on the island and had planned to use all the local restaurants, hotels and rentals.

Kidman is also an executive produce on the mini-series alongside Favid E. Kelley, Susanne Brier, Per Saari and Bruna Papandrea (Reese Witherspoon’s production partner). Based on the book You Should Have Known by Jean Hanff Korelitz, Kidman plays Grace Sachs, a therapist on the brink of a publishing deal in New York City. She has a devoted husband and a young son in a top school – but this setting only makes the thump from grace harder. Soon, it all falls apart and death and mystery surround Grace’s life as she struggles to take the advice she’d give her own clients.

But in all seriousness: Who would deny Nicole Kidman anything? 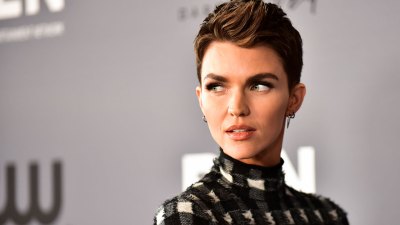 Ruby Rose Is Hanging Up The ‘Batwoman’ Cape 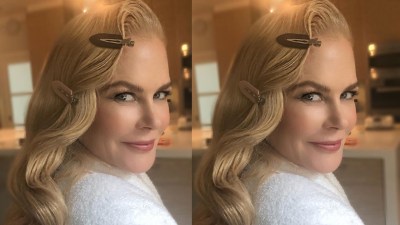