A Fantasy at the table

Fifty years of groundbreaking design history is laid out in this collection of unassuming, though no less extraordinary, objects 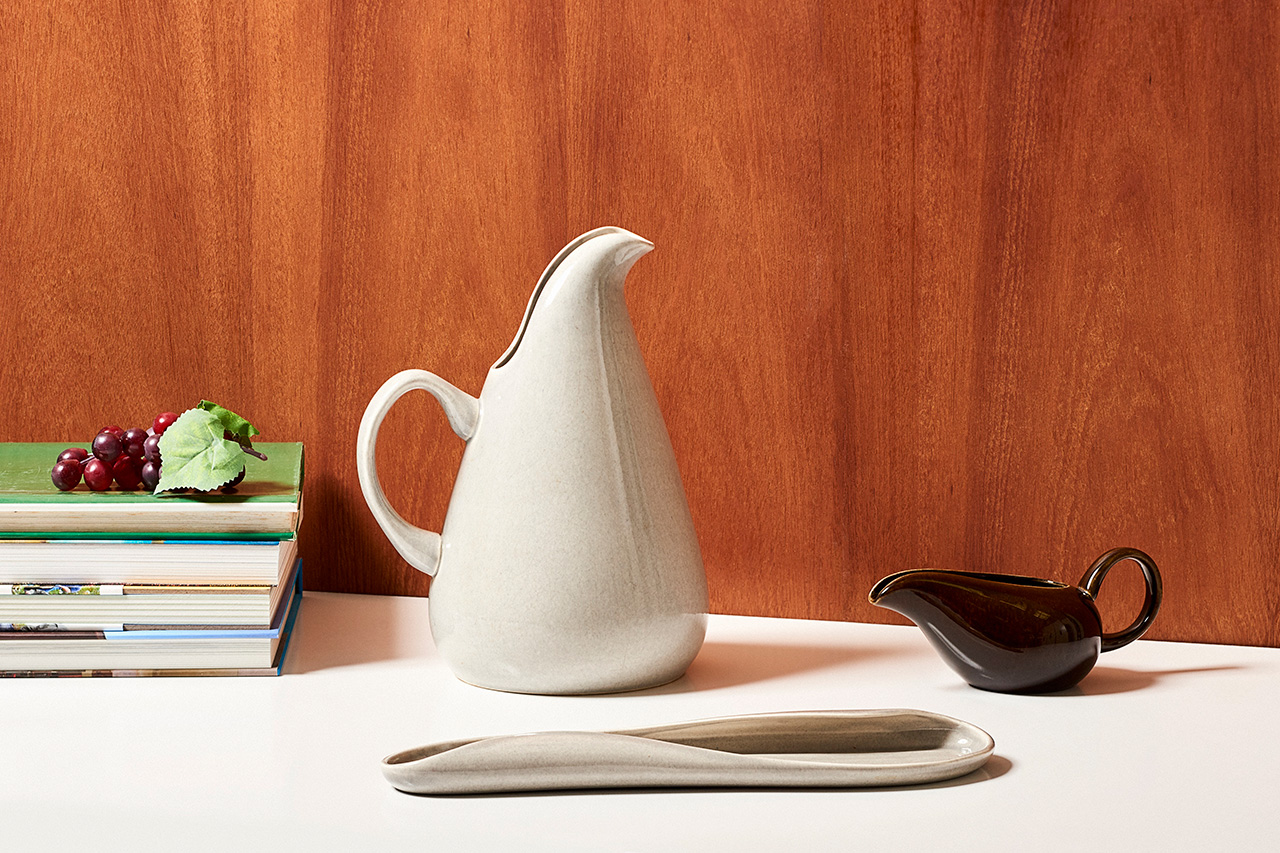 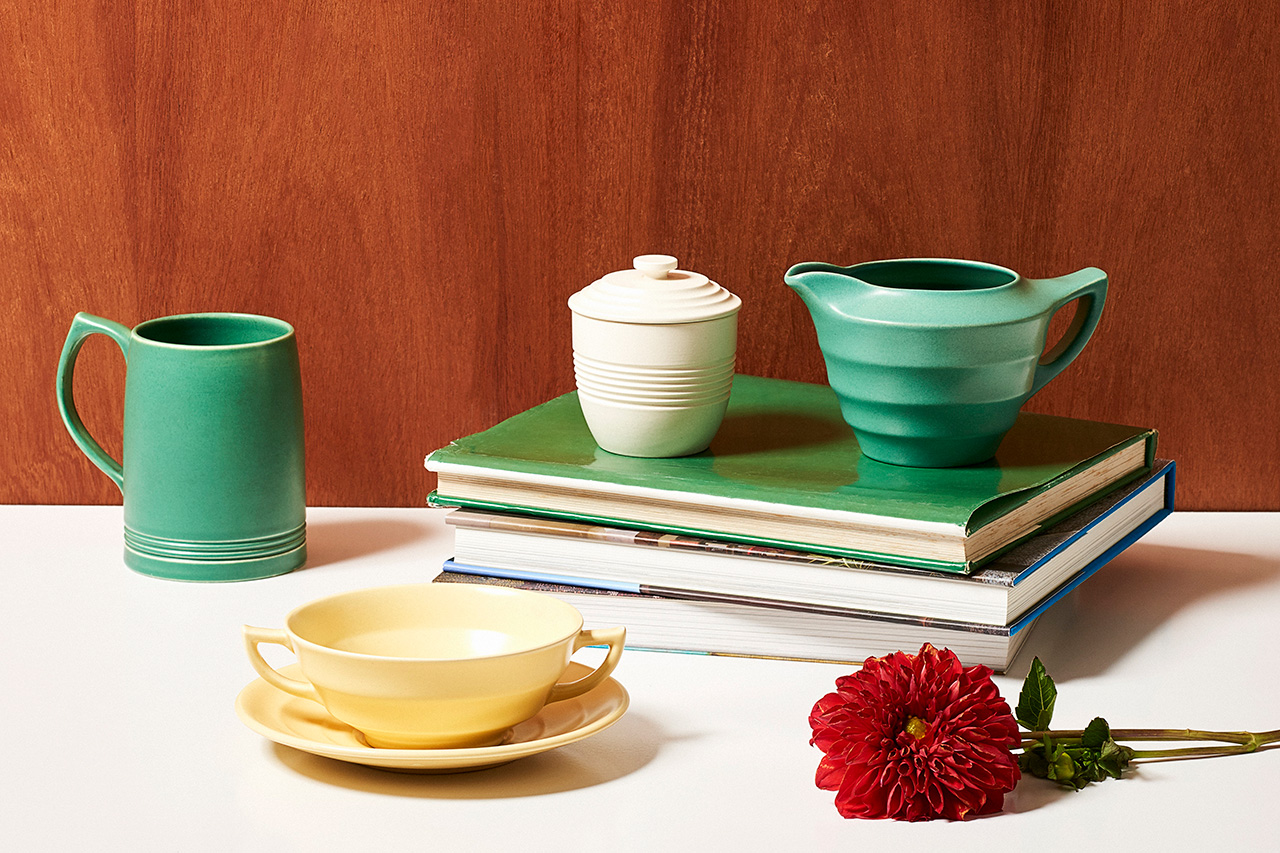 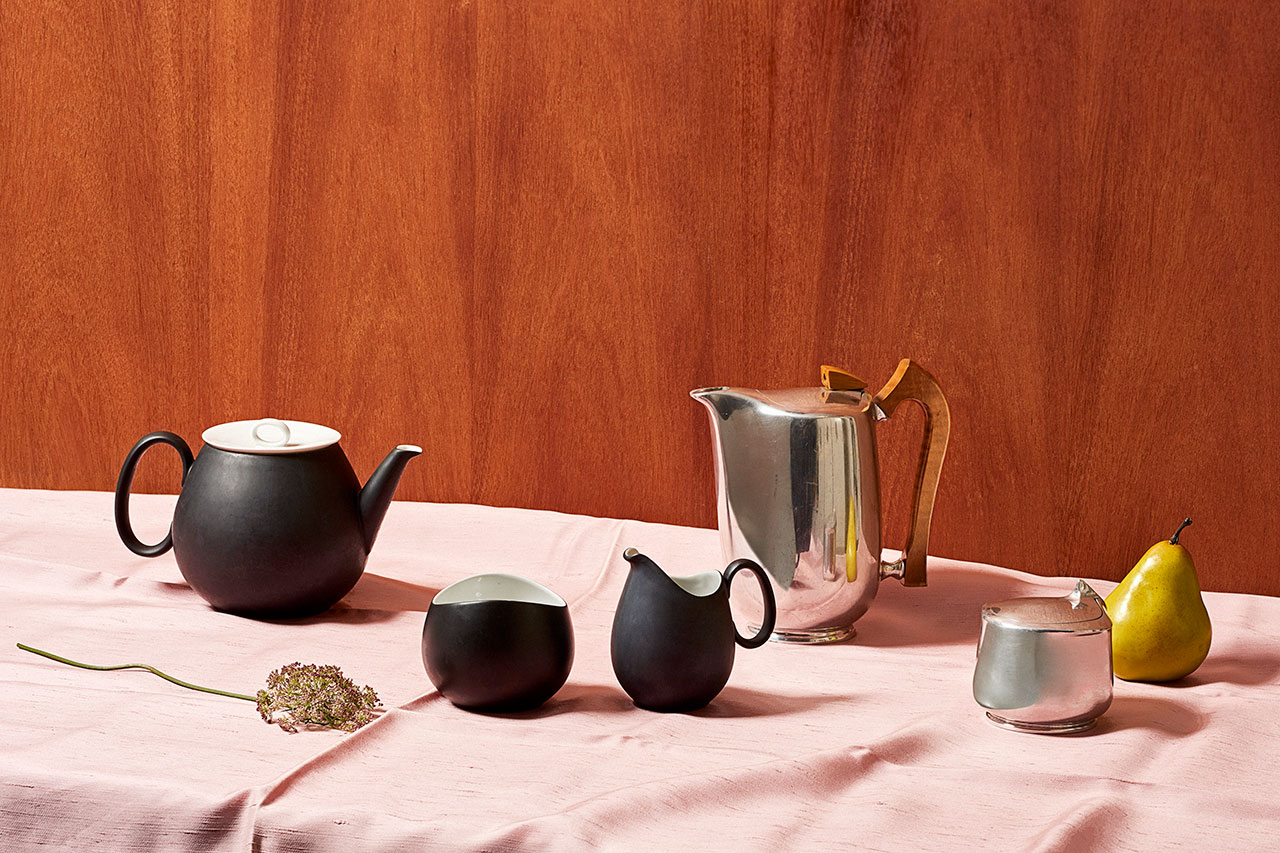 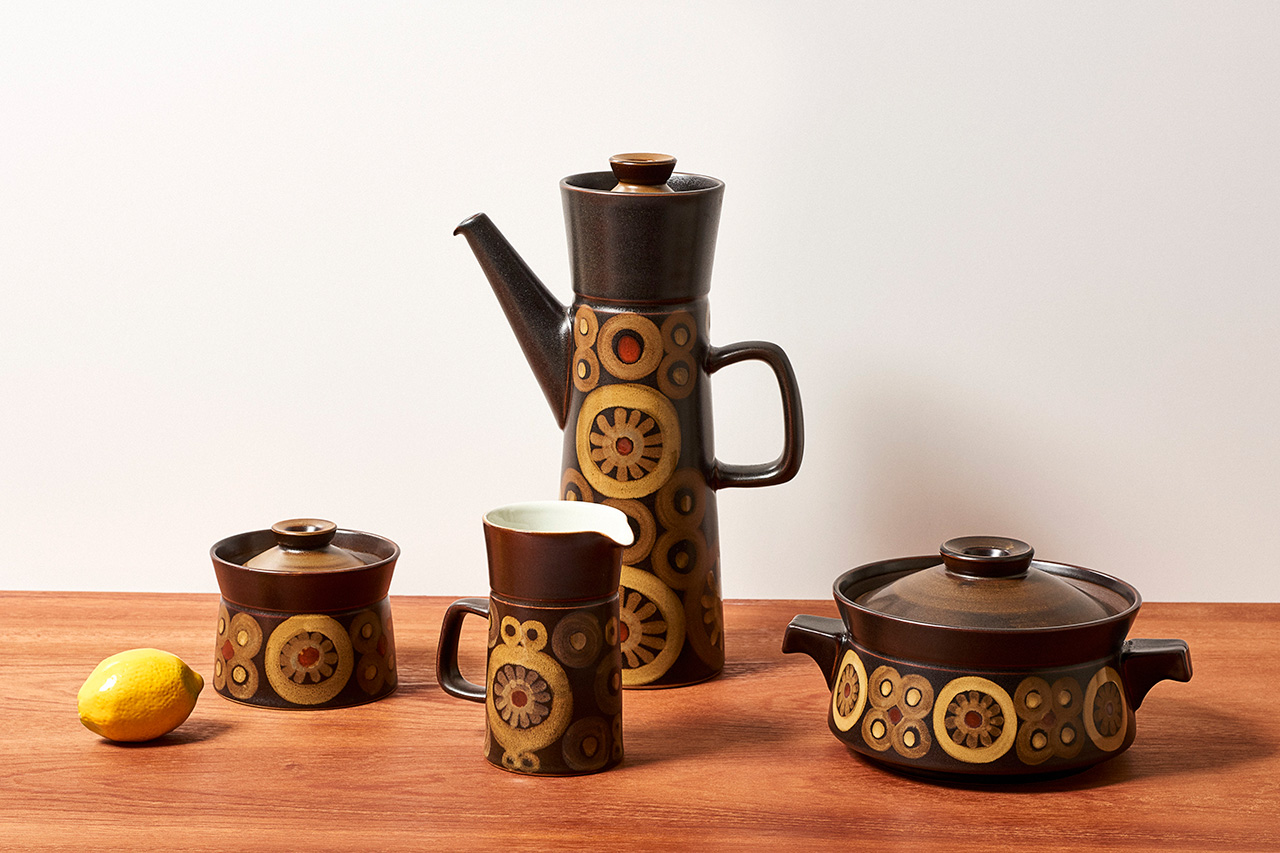 The lines of Eva Zeisel’s Fantasy tea service are deceptively simple, the forms verging on organic. The ceramic dishes, sinuous vessels and curvaceous jugs are as soft of form as the off-white glaze they’re coated in. Like the best of design, they’re both lyrical and highly useful. Shared by each piece is a single abstract line motif – almost naïve in its approximation of a crudely drawn compass, or perhaps, a single bloom sketched without lifting pencil from paper.

“They just resonate with a sense of humanity,” says Amanda Dunsmore, Senior Curator, International Decorative Arts & Antiquities at the National Gallery of Victoria. “The forms are beautiful. That was certainly important to Zeisel.”

Zeisel, a prolific Hungarian-born ceramics artist and designer, lent her hand to the gradual recasting of the American middle-class in a modernist light. Prior to her arrival in the States in 1938, Zeisel lived a remarkably turbulent life. An independent studio potter turned prosperous and pioneering industrial designer who travelled and worked extensively throughout Europe, Zeisel was working in Moscow when she was falsely accused by a colleague of conspiring to assassinate Joseph Stalin. She was arrested and imprisoned for 16 months, 12 of which were spent in solitary confinement. “You feel the difference first in the way you see colours”, she would later write of her time spent in prison. In 1937, she was released suddenly and without explanation. She soon travelled to Vienna before (following the arrival of the Nazis in Austria) emigrating first to Britain and later to America, where her design work would span nine decades, countless objects across ceramics, glassware and furniture and continue right up until time time of her death at 105.

“All of those early experiences in her life fed into her design work in that post-war period when she really came to prominence,” Dunsmore continues of Zeisel’s remarkable body of work. “The deep humanity that you see in her design work is testament to those experiences that she had in her early life… The forms are very sophisticated and beautiful in their own right, but I think knowing more about her life too makes one appreciate these forms even more.”

The Fantasy tea service is, according to Dunsmore, one of the most significant services featured in a new exhibition at the NGV, A Modern Life: Tablewares 1930s – 1980s (another service by Zeisel is on display in the Bauhaus section of a nearby gallery). Amidst the flurry and fanfare of Salone del Mobile, the gargantuan Milan design fair that will continue to engulf the global design industry for the remainder of this week with all the promise of what’s new in the world, A Modern Life gives pause to consider that which predates a litany of prevailing trends in design and the decorative arts – many of which find their direct antitheses in the bold colours, patterns and forms of A Modern Life, each service belying the far removed cultural heritage of its time and making.

Perhaps that’s why these curious vessels retain an attraction for many, regardless of age, both collectors and aesthetes alike who feel few allegiances to design’s reigning edicts. At a time where the home – or, perhaps more accurately, the rented space – doubles as an extension of our personal expression, the objects we curate and choose to live with are arguably emblematic of that same personal style on an intimate scale. More than many others, tablewares – amongst the most utilitarian and financially accessible decorative objects – have the power to induce nostalgia, with the simplest forms capable of evoking far-reaching cultural threads related to time as much as place and the people who used them. Even the most unremarkable jug, dish or bowl can become the vessel for a treasured memory.

The near 150 pieces in A Modern Life all come from one gift of materials bequeathed to the NGV last year from the Melbourne-based collector, John Hinds. According to Dunsmore, the gift amounted to over 300 works and filled a significant gap in the institution’s collection of 20th century design that was primarily produced for commercial purposes (as opposed to bespoke, studio productions). “These works do have more identity in terms of their designers, many of them female, which was quite revelatory really in terms of decorative arts design,” says Dunsmore. Many of the objects were acquired through pillaging the stores of op-shops, and later with advancements in digital marketplaces, on eBay. The collection’s focus skews toward international designers and manufacturers, primarily British (thanks to a booming post-war export market in colonial outposts), though there are pieces drawn from Scandinavian, German, Japanese and American works.

Included amongst the latter camp is Zeisel’s Fantasy service, which took its cues as much from the designer’s own fondness or curvilinear forms as it did from another service featured in the exhibition, American Modern by the American designer Russel Wright. His is a collection whose influence cannot be ignored in its use of colour and the soft, rounded forms of Art Deco design to encourage consumers to pick-and-mix their tablewares. “It was one of those services that people just latched onto,” Dunsmore says of American Modern, which is also “perhaps the most famous of [the post-war] period… One of the aspects that was particularly appealing was that it came out in a whole range of colours [meaning you] could effectively curate your own dinner or tea and coffee service. That was quite revolutionary at the time… The service just sold in the millions and resonated for decades afterward.”

In the wake of post-war drudgery and austerity, millions embraced the colour the collection traded in. A Modern Life charts those shifting attitudes toward design and the empowered consumer in both a chronological and thematic fashion, providing us with the launch coordinates from which we can trace the development of our fascination with interior decorating and curating the objects that occupy our domestic spaces – the kind of fascination that has spawned legion design fanatics both online and at design fairs around the world.

“The emotional power of colour and pattern cannot be underestimated here”, says Dunsmore.