One writers' plea for pared-back nuptials. 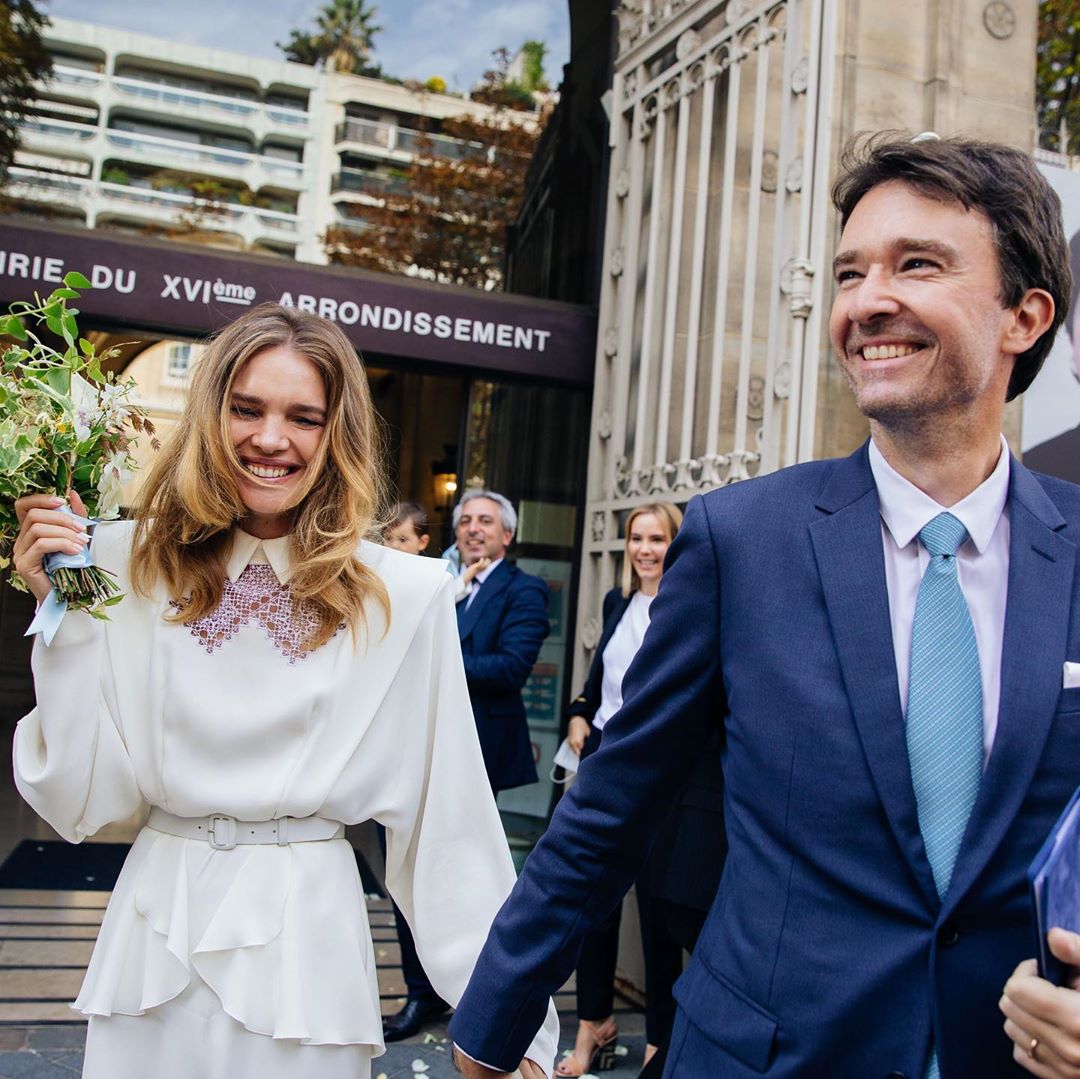 When veteran supermodel Natalia Vodianova quietly announced her engagement to long-term partner Antoine Arnaut last December, the world (or at least a fashion-obsessed quarter of it) began to mentally prepare for a blow-out wedding. Arnaut is, after all, a board member of LVMH and the CEO of Bertuli, making the duo – who share two sons and began dating in 2011 – one of the pre-eminent fashion industry ‘power couples’.

But no such luck for us, the eagerly awaiting general public. There will be no 250-person event attended by Naomi Campbell and Kate Moss. No three-day, four-dress extravaganza à la Beatrice Borromeo. The pair had initially planned to wed in June at the markedly un-chill Saint-Pierre d’Hautvillers Abbey in Northern France. When forced to postpone, Vodianova seemed to take a leaf out of the ‘Lily Allen School of Winging It’, opting instead for a low-key (and socially distanced) civil ceremony at the 26th arrondissement in her husband’s native Paris.

The bride wore a belted knee-skimming couture dress by Ulyana Sergeenko (if that name rings a bell, it’s the Russian designer best known for her involvement in a racist scandal that, at the time, she seemed unlikely to ever recover from) and a simple white pump, while the groom presumably wore Bertuli.

I have to say, I’m thoroughly enjoying these quarantine weddings. I’ve always been somewhat suspicious of the wedding industry, which seems to take the essence of a Covergirl slogan—‘Because you’re worth it!’—and use it an excuse to encourage women to starve themselves over a 13-month period, while they rip their hair out over photographer costs and seating arrangements and ultimately spend $10,000 on a dress they’ll only wear once. Did you know weddings used to look like Natalia Vodianova’s? When my grandmother got married in 1957 she wore a navy suit she already owned.

A recent-ish article by The Atlantic laments our generation’s obsession with “over-celebrating” life’s milestones, an obvious side effect of Instagram, and weddings—both of the celebrity and non-celebrity kind—are the biggest culprits. Weddings have been getting bigger, more expensive and increasingly ridiculous. Priyanka Chopra and Nick Jonas’ #sponcon, international extravaganza? Filmed and shared with the public via drone? That was a little silly. Ellie Goulding’s royal-esque wedding, staged in one of the “largest cathedrals in northern Europe” and featuring four designer outfit changes? That was a little silly too.

Isn’t it more romantic to get married in Vegas with a couple of hours’ notice, with a reception at In N’ Out Burger than it to have a strategised media roll-out, splashed across the pages of People? Isn’t it more romantic to brave an impending second lockdown, in a nice dress, with a few close friends around, than it is to invite 500 acquaintances to a French castle?

To me it is. I haven’t yet figured out exactly what the purpose is of getting married is, but if I do ever decide to, I’m pinning Lily and Natalia to the moodboard instead of Priyanka and Ellie. Collectively, our future is going to be marred by financial hardship, which makes me wonder if forking out tens of thousands of dollars on a 400-person destination wedding is going to start feeling a little passé. Perhaps that will be one of the few silver linings in this whole, ridiculous, awful year.