At Primavera 2016, a serious shock to the system courtesy of Australia’s brightest young artists Primavera, the always engaging annual survey of new Australian artists under 35-years-old, is now open at the Museum of Contemporary Art.

Now in its 25th year, this year’s visceral Primavera showcase has been curated by Emily Cormack, who has been instrumental in staging over 25 exhibitions throughout Australia, the Asia Pacific region and Europe, including an extensive working relationship with Gertrude Contemporary, Melbourne.

Primavera 2016 explores her chosen theme of transmission, or the interaction between an artwork and its viewer and the resulting creation of meaning through encounters with the senses. Eight young artists selected by Cormack have created new work for this year’s exhibition across mediums as diverse as scent, performance, sound, sculpture and virtual reality, including Pia van Gelder, Biljana Jancic, Ruth McConchie, Adelle Mills, Mira Oosterweghel, Emily Parsons-Lord, Danae Valenza and Steven Cybulka. Cormack and the selected artists have also drawn on theories of ’embodied cognition’, which posits that knowledge is first created in the physical responses of the body, as opposed to the brain.

One such work illustrating the principle is Cybulka’s sculptural intervention, Skeletal system, which mimics the form of the gallery space and acts as a skeleton for the remainder of the exhibition. His installation inverts the traditional viewing experience through the use of the same materials as the museum’s white walls, which are warped and inverted to create a destabilizing and disorienting sensation in the viewer. For her contribution, Sydney-based artist Parsons-Lord has created a similarly unnerving experience through approximating “the air quality from the greatest extinction event in earth’s history 250 million years ago when carbon dioxide levels were at their peak” as an indictment of current emission rates.

Oosterweghel’s work Endocrine system is an endurance performance piece that aims to invoke similar feelings of unease. In this work, a ladder is suspended in the double height void of the gallery where a performer will gradually climb higher. While doing so, their body’s response to the physical and mental exertion of the task is amplified through a projection onto a video screen, provoking the body’s endocrine system to release adrenalin in performer and viewer alike. The work will be performed every Friday at 2pm and Saturday at 12 noon until Primavera’s end on December 4, 2016.

Primavera 2016: Young Australian Artists will run from September 30 – December 4, 2016. You can find out more information here. 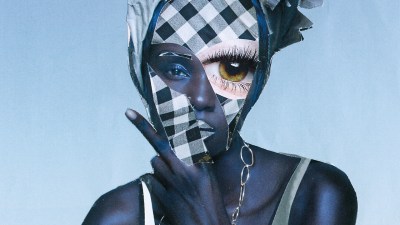 New Ways Of Seeing: Sharon Walters On Under-Representation Through Collage
Next page