Piper Perabo still has that wilful naïveté we met 19 years ago in her romantic comedy Coyote Ugly. She still has those big worried eyes that navigated Jersey born Violet Sanford through the nooks of New York City. So when I tell her I moved to Manhattan just ten days ago and felt as green as her character traversing her way through decrepit, crack den-like apartment hallways, she lights up. “Welcome to the city,” she beams. “New York is sort of a mystery to me and that’s why I like it. It’s constantly changing and you don’t know what’s behind doors but you’re kind of allowed to go and explore. It’s the best.”

New York City is very different to how it was when Violet danced atop of a dive bar in 2000. In a metropolis that predominantly favours the democrats, its inhabitants mostly share a dislike of the current President of the United States. So when Angel Has Fallen released in cinemas across America and Australia this week – a film where Morgan Freeman plays the Commander In Chief and is nearly assassinated – you can bet your movie ticket a lot of people mulled over the thought that this could be a very real situation in today’s world, and a lot of those people were concentrated in blue states like New York.

“The world is so divisive at the moment and there’s so much hatred sadly that you just never know what’s going to happen next,” the movie’s star Gerard Butler told Black Girl Nerds. “You look at the sequences in this movie and those epic drone scenes and that’s been the talk of the town, that’s the next threat. There’s a lot of things touched on: election tampering, political manipulation, fake news – this is the current climate that we’re working with.”

As the Speaker of the House in 2013’s Olympus Has Fallen and the Vice President in 2016’s London Has Fallen, Freeman’s Allan Trumbull has finally taken the presidency in the franchise’s third instalment. After an assassination attempt on his life while on a fishing trip, Trumbull is told his closest and most trusted confidante, Secret Service agent Mike Banning (Butler), is the prime suspect in the deadly attack. “In this one, I’m elevated again. I’m the President, but that means I am now directly in harm’s way,” says Freeman. “This is actually the first time Gerry and I have really worked together like this. In the other films, I’ve been in a safe bunker somewhere, or in DC while he was in London. Finally, we were able to work mano a mano, which was a true pleasure for me. What I love about his portrait of Banning is that he is clearly tough and ruthless but, at the same time, he brings a deep humanity to the role, which is a combination we seek in our heroes.” 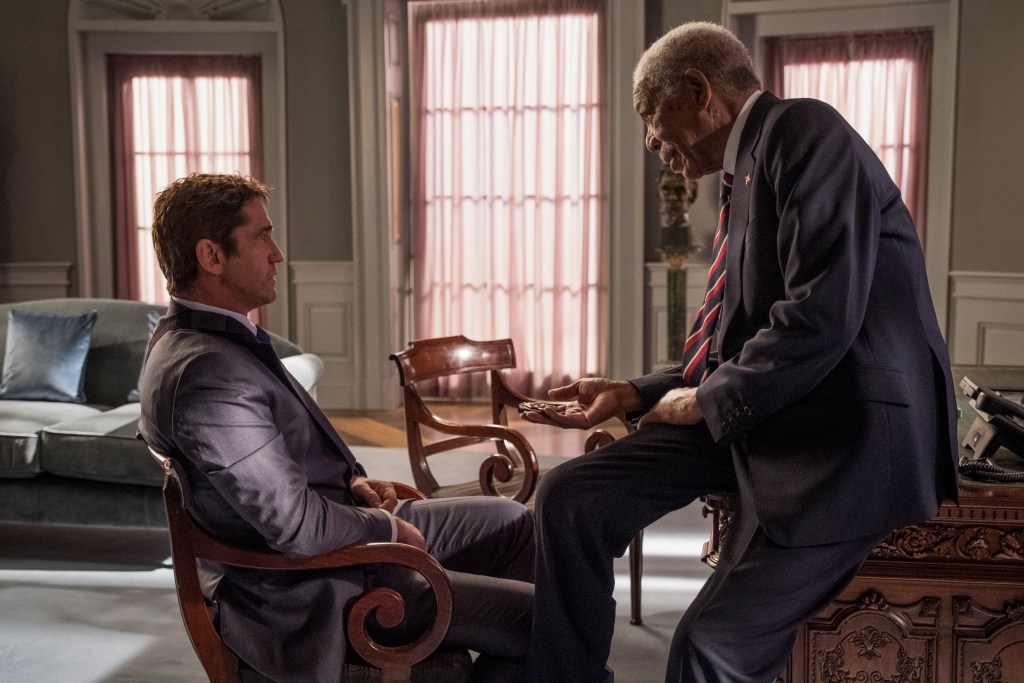 Butler’s Banning – played with grit, muscularity and emotion – is a man coming face-to-face with mounting signs of post-traumatic stress disorder. And while the film is a stand-alone watch for those who haven’t seen the previous two, Angel Has Fallen delves deep into the human side of ‘Banning the action hero’. Struggling at home and in private, the secret service agent becomes a fugitive on the run and must work to clear his name while saving President Trumbull’s life from the actual terrorist at large.

But it’s Perabo’s character, Mike’s wife Leah, that really humanised the action film and showed the every day challenges of being married to somebody who is protecting the country during times of such high alert. “That’s exactly what attracted me to the role,” admits Perabo, smiling. “So often in action movies, you don’t see that psychological drama that someone goes through in this type of event. To be able to do the scenes when the service member comes home – and you’re navigating a marriage through that – I think that’s really real and interesting to try and explore. I talked to wives of service members and first responders to prepare for the role.”

Jada Pinkett Smith also plays the FBI agent on Mike’s tail, an interesting casting given women still are under-represented in such top roles. (The Washington Post reported in 2016 that only 1 in 5 FBI agents were women). “I just love the idea of being this tiny little woman who could command all these dudes to chase this bigger dude who has been framed to attempt to assassinate the President of the United States,” says Pinkett Smith, smiling. “I really like taking on roles that amplify and show the strength of the feminine spirit.”

Interestingly, the film’s director Ric Roman Waugh made the 2015 documentary That Which I Love Destroys Me, a deep dive into the psychological affects war has on returned serviceman, namely PTSD. For Waugh, the biggest takeaway was not the cases of classic shellshock but rather the idea that these men become addicted to the intensity of war and its associated adrenaline. Early on, Waugh met with a man who is in many ways was the real-life version of Mike Banning: the film’s security and technical advisor, Mickey Nelson, a 28-year veteran of the Secret Service who served under four presidents, most recently President Obama.

“Mickey is a very dear friend of mine now. I was surprised to learn how humble and human he was and he really appreciated that we were showing the addictions to the adrenaline and the addiction to the sense of duty and honour of protecting men and women that you love like your own family,” explains Waugh. “I think that was what was so great about the Banning and Trumbull relationship – these two men truly love each other as a father and son figure beyond world leader and protector and Micky brought that to everybody on the set. We wanted to give you the big action spectacle but humanise the people and show the complexities that they deal with on a daily basis.” 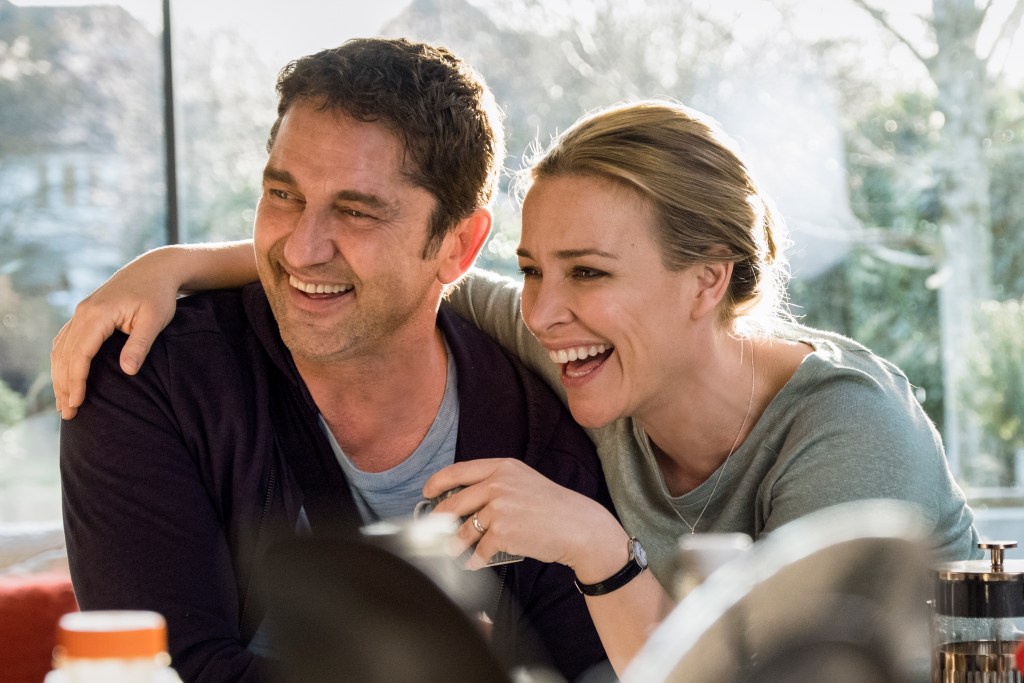 For Perabo, the thought of actually having to live Leah’s worried existence frightens her. “I mean, I think I’d be terrified,” she says. “You love who you love and you can’t control who you fall in love with and if their job is less than ideal, you can’t help it. When your partners going through something that traumatic and they don’t want to bring it home, I think it would be really stressful and challenging. How do you protect kids from that level of stress on the marriage? I think it would be hard.”

So what would the world look like if Freeman was actually President? I put that exact question to the man himself.

Freeman for 2020, the New Yorkers chortle. Now that, we’d dance atop of a bar to.

Angel Has Fallen is in Australian cinemas now.