After reports they’ve moved in together

Kaitlynn Carter turned 31 on September 4, and no one is the least bit surprised that Miley Cyrus was by her side to celebrate.

Miley, 26, and Kaitlynn have been inseparable since they each split with their long-time partners last month, then headed off on a well-documented European vacation together.

Since returning to Los Angeles, they’ve been spotted out looking loved-up on several occasions, the latest being a dinner for Kaitlynn’s birthday on Wednesday.

Carter, a fashion and lifestyle blogger who appeared on The Hills: New Beginnings with then husband* Brody shared several black-and-white images of the pair together.

She also posted a video of herself blowing out on the sparklers on a chocolate sundae, in which Miley can be seen proudly filming her on her phone in the background.

This week People reported that Miley and Kaitlynn have moved in together, just weeks after Liam Hemsworth filed for divorce from the Wrecking Ball singer.

“They live together and are very happy,” an insider said. “Miley is doing great. She is moving on. She seems to have no regrets. She loves being with Kaitlynn.”

“Miley is very close with Kaitlynn. It’s romantic, but also a friendship,” an insider told People.

“They are both going through similar stuff right now and are bonding over it.”

Hemsworth filed for divorce from his partner of a decade, wife of eight months about 10 days after the photos of Miley and Kaitlynn kissing in Italy went public. The Australian star has said very little publicly, making only a brief statement on Instagram.

“Just a quick note to say that Miley and I have recently separated and I wish her nothing but health and happiness going forward,” he said.

“This is a private matter and I have not made, nor will I be making, any comments to any journalists or media outlets. Any reported quotes attributed to me are false. Peace and Love.”

Miley, meanwhile, opened up in a statement denying claims of infidelity. She also shared her feelings, albeit more subtly, in her break-up ballad Slide Away. 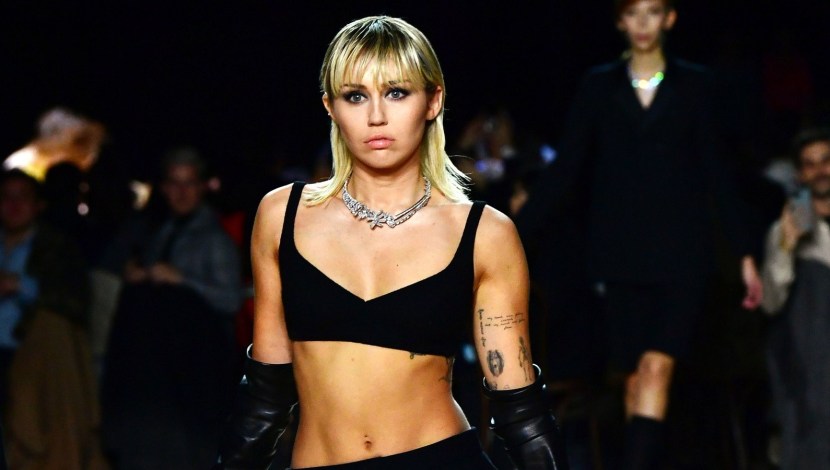