Refreshing, quite literally, was the setting. Daniel Lee’s runway debut as creative director for Bottega Veneta today was a glorious breath under a clear, sun-drenched tent. Last autumn winter the Italian leatherwear giant showed in New York, but this year has returned to Milan.

Gone were the slinky satins, the explicit textures, the raucous prints. Lee was raised by slide of Phoebe Philo’s minimalist hand, and his graduation has been bestowed upon Bottega Veneta’s new era. Underneath the giant plastic dome, the outdoor sun was all the lighting Lee’s collection required. It gave raw, editorial saturation to a collection streaming with pronounced edges, dense fabrication and un-fussy additions. If this was a Céline collection (pre-Hedi, of course) one would have commented on its futuristic, street-edge bent. Not graphically however, but just enough to set this as Lee’s course, not Philo’s.

For Bottega Veneta, this was a stark departure. Traditional hides played leading roles despite being through untraditional Mouret-type ‘Royston’ necklines, quilted wrap skirts and heavy anoraks. The knitwear was desirably draped, in an anti-fit way, with trendy cut-outs that seemed more unique here. Rain and trench-style coats with icon arrows in place of buttons seemed to be the staple takeaway, at least more so at least than the outlandish mirrored zip-ups. But even if there was some garish, deliberate ugliness to his direction, it made for very compelling ready-to-wear. Shoes, we should note took the cake for the heaviest we’ve seen so far. Motorcycle-meets-grunge-Blundstones in sizing that gave them feature billing.

It was also refreshing to have era-happy retrospection out of the equation here, too. While Bottega Veneta heritage was respected through new maxi-nods to their classic intreccio weave (shoulder bags and even some outerwear) this was a launch into the future. The Céline hole is still gaping, so inspired new designers like Lee are going to be encouraged for their respectful congruence. And Bottega Veneta will reap the rewards. 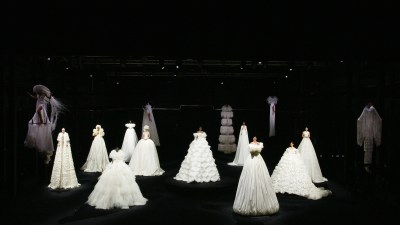 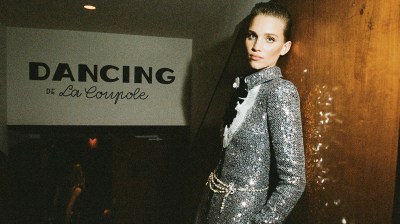 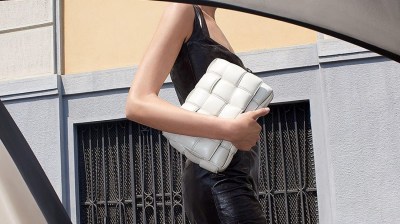