Anyone Still Have A Problem With Meghan And Harry’s Decision?

Meghan's former co-star says the British press offered him $70,000 to lie about her

Since joining the royal family, Meghan Markle has been put through the wringer when it comes to the British tabloids, something that got so bad she and Prince Harry decided to step back as senior royals and move to Canada where they can have some sense of normality.

Now, one of Meghan Markle’s friends has revealed just how malicious some of the UK press was in their pursuit of the Duchess Of Sussex, saying he was offered a huge amount of money to lie about her.

Markle’s former co-star Simon Rex says he was approached and offered $70,000 to say that his friendship with her during their time on the TV show Cuts in 2005 was romantic.

Rex said on the Hollywood Raw podcast that though the two were friends, there was nothing more to it. “Nothing happened. We never even kissed. We hung out once in a very non-datey way. She was just someone I had met on a TV show and we got lunch. That was the extent of it.”

“When that story broke, a couple British tabloids offered to pay me a lot of money to say a lie that we actually hooked up,” he said. I said no to a lot of money because I didn’t feel right lying and f–king up the royal f–king family.”

In May 2018, shortly before the royal wedding, The Sun ran an alleged exclusive interview with Rex, in which he reportedly said Meghan turned down his requests for a second date.

Now do we all see why Canada seemed so appealing? Live your life, Meg and Harry. 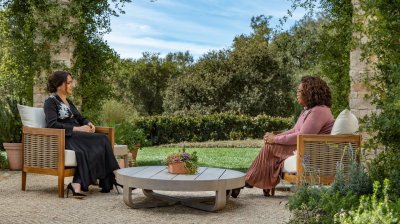 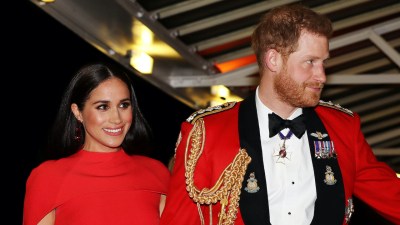 One Year On, Meghan Markle And Prince Harry Confirm They’re Not Resuming Their Royal Roles
Next page