Meghan Markle and Michelle Obama had a private meeting in London

Oh, to be a fly on the wall 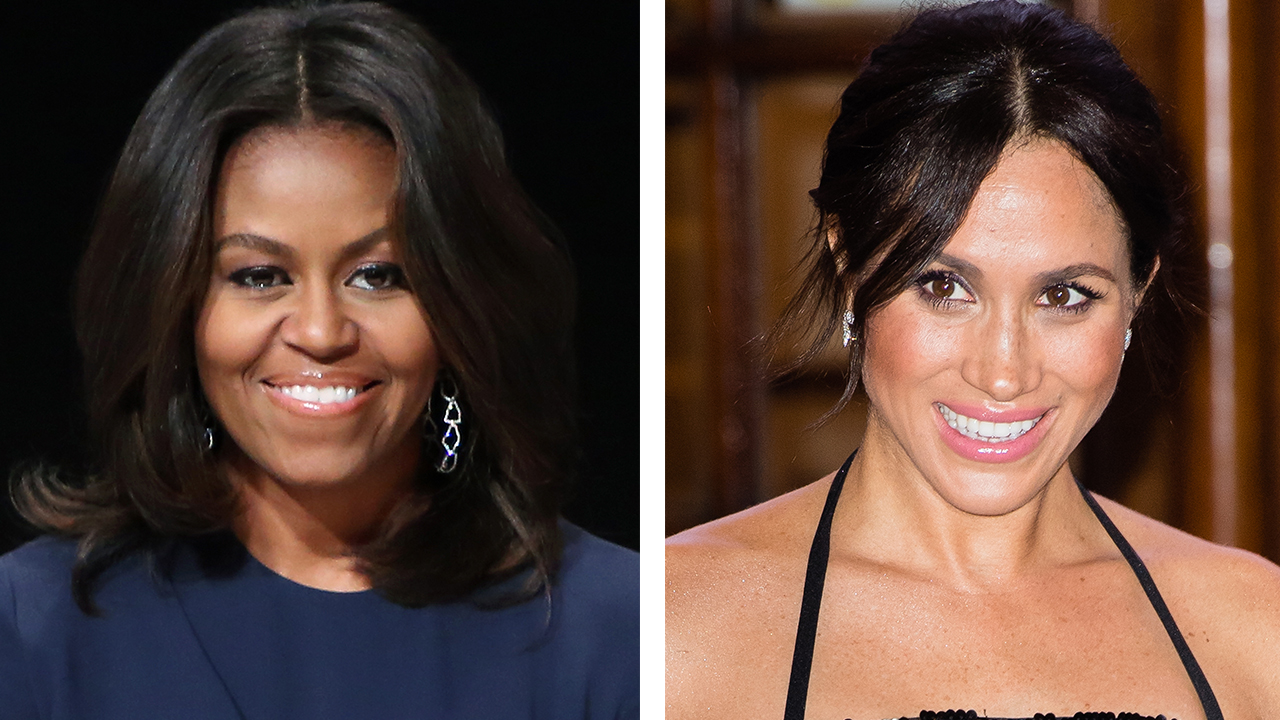 Michelle Obama made time for a private meeting with Meghan Markle as she tours her best-selling memoir in London, it’s been revealed.

During Michelle’s publicity tour for Becoming, Meghan discreetly met her backstage at the Royal Festival Hall, where the former US First Lady appeared at an event.

According to the Evening Standard, the Duchess of Sussex had “a long private audience with Michelle.”

“They spoke at length about the importance of supporting and empowering women across all cultures and communities,” a source said.

“They also talked about shared experiences of pregnancy and raising children, plus shared causes including girls’ education.”

As a fellow American and woman thrust into the global spotlight because of her husband, Obama is probably one of few women who can give Meghan advice.

Obama recently told Good Housekeeping that Meghan should take her time as she adjusts to her life in the spotlight.

“Like me, Meghan probably never dreamt that she’d have a life like this, and the pressure you feel–from yourself and from others–can sometimes feel like a lot,” Michelle said.

“So my biggest piece of advice would be to take some time and don’t be in a hurry to do anything.

“I spent the first few months in the White House mainly worrying about my daughters, making sure they were off to a good start at school and making new friends before I launched into any more ambitious work,” Michelle continued.

It’s been a time of immeasurable change for former Suits star Meghan. By the time she welcomes her and Prince Harry’s first child in the English spring, she’ll have moved countries, got married while the world watched, and joined the royal family.