The news comes just weeks after the pair confirmed their relationship

Meadow Walker, the daughter of the late Paul Walker, is engaged to be married to her actor boyfriend Louis Thornton-Allan.

On Monday, the 22-year-old model posted a video to Instagram casually showing off her new diamond ring while swimming in a pool. In the short clip, Walker held her hand in front of her face, clearly showing the engagement ring on her finger, before laughing and falling back into the water. She captioned the post simply with four love hearts.

It’s unclear when Walker and Thornton-Allan first started dating, but the pair confirmed their relationship on Instagram in early July when Thornton-Allan posted a photo of them cuddling together on a couch, writing, “Best friend💜.” At the time, Walker commented on the photo writing, “My love💜.” Later that month, Walker shared a video of herself holding the actor’s face with the caption, “Hi.”

Earlier this year, Walker, who has been signed to DNA Models since 2017, cemented herself as fashion’s next big celebrity child, landing her first major fashion campaign for Proenza Schouler. She later went on to front the cover of Pop Magazine.

In June, Walker, who was 15 when her dad tragically died, made a public appearance at the red carpet premiere of F9, the latest instalment of the Fast & the Furious franchise which made her father famous and which still stars her godfather, Vin Diesel.

“20 years… I was 2 years old when the journey began. Blessed to have my fast family by my side. Fast 9 is OUT!” she wrote on Instagram.

In June, Diesel told Extra his model goddaughter “takes good care of me.”

“She’s the first person on Father’s Day to wish me Happy Father’s Day,” he said. “To see her with my children is one of the most beautiful things. There are moments when I see her playing with [his 6-year-old daughter] Pauline and it hits me so deep ’cause I can only imagine what my brother sees when he sees that.”

“I feel very protective”, he added.

Of whether Walker would ever appear in a Fast & Furious film like her father, Diesel teased last month that he “would not count anything out.” 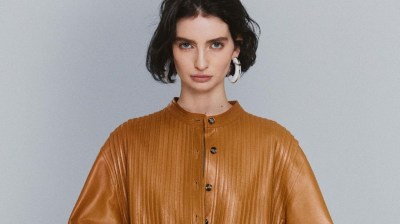 Paul Walker’s Daughter, Meadow, Is The New Face Of Proenza Schouler
Next page