MBFWA: New-AJE Australiana Blooms At The Opening Of Fashion Week

The month of May in Australia is largely the beginning of the coldest months. But despite this, and unlike the harsh wintery conditions of our northern hemisphere neighbours, this time of year is often the most spectacular. Late autumn invites calm breezes, sunny days, clear skies and cool evenings and offers respite to what was summer’s unforgiving onslaught.

Today was a perfect example of the best this country has to offer. A Sunday evening on the foreshore of Sydney’s The Rocks. A sky of sheeny blue that slowly invited washes of pinks and oranges, dancing from Opera House to Harbour Bridge and across boat-sprinkled waters. A breathtaking, and arguably unsurpassed, view that today set the scene for the opening of Mercedes-Benz Fashion Week Australia. There was a lot of “we never come down here” chatter about among the hundreds of notables, journalists, fashion personalities and to-be-seeners as they assembled at the base of one of Hickson Road’s heritage stairways. Because, while these classic Sydney spots are the first port of call for any tourist or visiting celebrity, they are rarely the hopping spot for the Bondi/Surry/Paddo fashion crowd.

So, it was apt that Australia’s annual premier sartorial convention occurred in such an iconic place today – and even more so that the host of this year’s opening show, AJE, took a Waltzing-Matilda-meets-May-Gibbs approach to their 2020 resort summer collection.

Along the impressively long, double runway (which diplomatically meant everyone sat on the “front” row) design duo Edwina Forest and Adrian Norris set the tone for the coming week. The soundtrack, a haunting medley of rainforest tones and traditional Aboriginal music, introduced the collection, the first of which was a simple white shirt dress garnished by wattle-yellow Broderie Anglaise. Soon after, ensembles in ochres and natural beiges gave modern utility to a kind of neo-colonialism while khaki matching sets formed possibly the most sellable takeaway. The trousers, shirting and quilted blousing of this show were outstandingly wearable. AJE’s penchant for chic frockery also seamlessly leant itself to this theme. The Queensland-born label’s party dresses continued with their balloon sleeves, A-line silhouettes and smatterings of sparkles but this time with options of painterly details and rustic shapings. A yellow maxi with an 80s bubble hem was creatively modernised through quilted bibbing while a rose-coloured wattle-broderie gown caused audible excitement from the snap-happy patrons.

However, possibly most inspired were the pieces that took on the dangerous territory of literal Australiana. Hardy, box shirting hosting NSW map motifs and those commonly-sighted comical outback street signs (“Perth 3938km” and “Alice Springs 2777km”). Such imagery has all the possibility of stale taste, but somehow Forest’s and Norris’ genius gave fresh, chic air to this Aussie iconoclast. It’s an insightful idea from AJE that international fashion’s obsession with 80s nostalgia could quite possibly lend itself to our own. That the era that gave us Ken Done, Jenny Kee and Cooji knits could be reimagined out of its Kath and Kim pool room and back into the fashion black.

In somewhat of a runway trend of the moment, famed 90’s-era Australian model Emma Balfour, who once walked for Chanel and called Kate Moss a best friend, closed the show. Her notable return to the runway cementing the celebratory reminder that our homegrown narrative is rich, extraordinary and worthy of honouring.

National pride was high following the show, as was the selfie game. What with landmarks flanking and a sunset as awe-inspiring for its natural beauty as it was for its “good-light/no-filter” Instagram content. AJE’s happily-homegrown theme instilled a welcome patriotism, especially given the political barrage flooding our newsfeeds at the moment. What a treat it was to sit back, be immersed in such surrounds and find that this season’s fashionable inspiration comes direct from our homes among the gum trees. 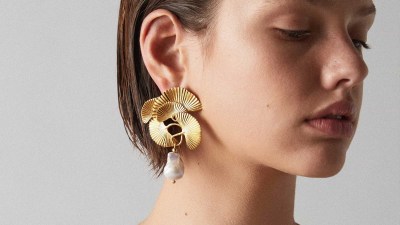