MBFWA: How P.E. Nation Parlayed The Bondi Vibe Into A ‘Making It Rain’ Moment 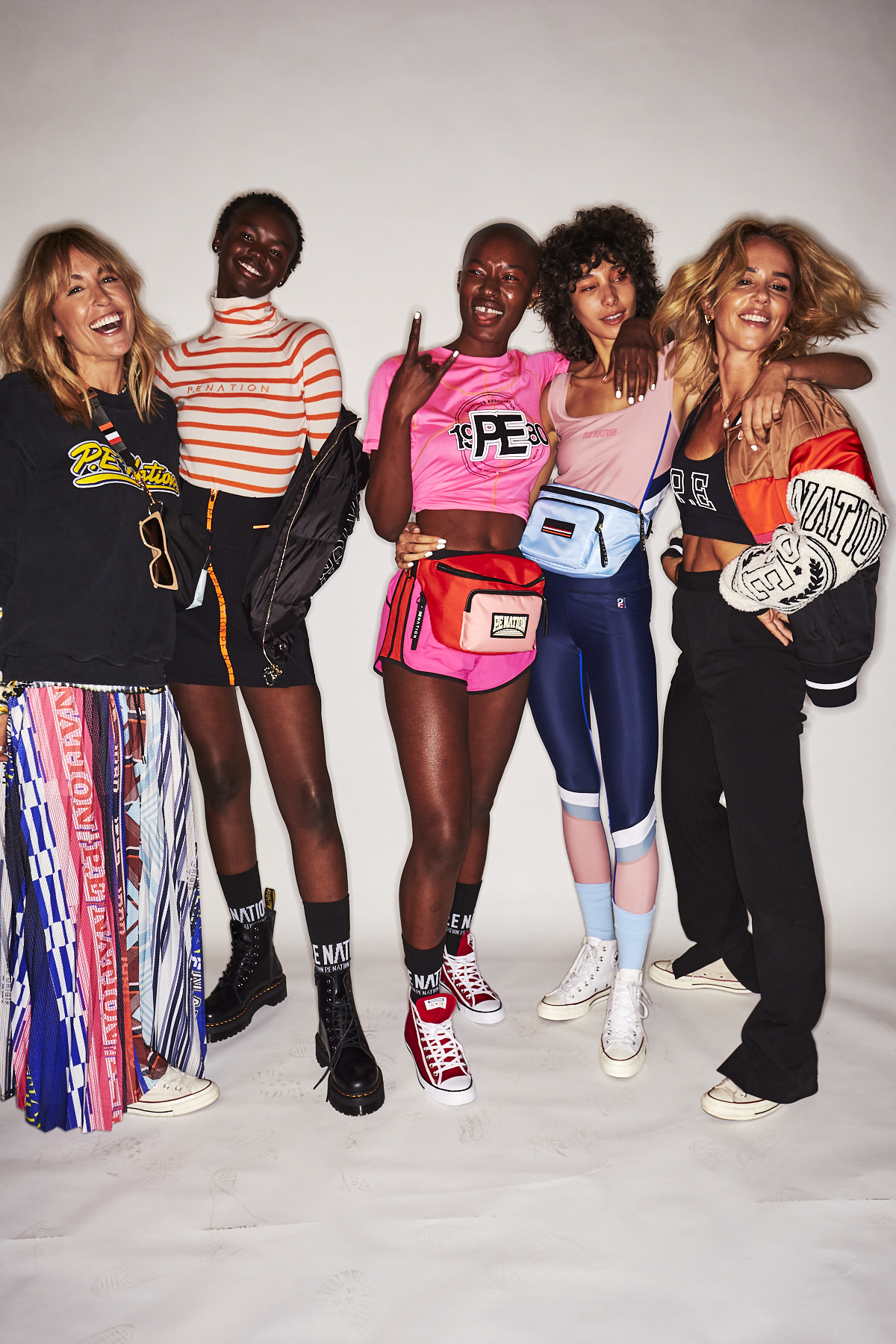 In a week where everything is a frenetic blur, it’s more important than ever for designers to not only deliver statement style but real resonance; a collection which lasts longer in the minds of the fashion set and beyond a mere blip on the Instagram feed. While Justin Cassin attempted to do just this at his show in Luna Park on Thursday night, he spectacularly fell short. (Instead, the designer made media wait for two hours in a makeshift VIP seating section so far away from the ‘stage’, it was almost impossible to view his sub-par collection.)

But for P.E. Nation who were unveiling their first ever solo show at Mercedes-Benz Fashion Week Australia, designers Pip Edwards and Clare Tregoning achieved what they set out to do. “It’s going to be so much f***ing fun,” Edwards says backstage mere moments before the show. “The beauty of today is that it allows Claire and I to have what we want without it being watered down for any other reasons. It’s the one time where we can go all out in a vibe, all out in the styling, all out in the music – and all those elements which package the brand. You’re going to see the true essence of what we want.”

As models munched on avocado toast and vegetable sticks with hummus, Tregoning in her cool and collected demeanour – and Edwards in her buzzy revving-to-go exterior – smile as they describe their working relationship as the ultimate yin to the other one’s yang. Together, they discuss the challenges of a three-year-old brand who have experienced meteoric success. “Growing so quickly has been our biggest challenge,” says Tregoning. “When you grow so quickly, you’re hiring so quickly and you don’t have a structure in place.”

“Just keeping up with demand and being able to service that and deliver,” Edwards interjects. “But that comes from a structural point of view.

“We’ll always be able to move the brand forward but its keeping the rest of the business together to keep up with our pace, that’s the tough part.”

The design duo have quite literally sold a little piece of Bondi to the world and the return on investment has seen the company tick over to the million dollar mark. “It’s just selling a lifestyle that we live and its quite unique to Bondi and to coastal Sydney,” says Edwards, unable to stay still as she speaks. “It’s the energy of the lifestyle and everyone around the world just wants a piece of that and would love to tap into that. You’ve got to live and breathe it. It’s your second skin, it’s what you do. We’re not trying to be something, we’re not trying to be a trend.”

This season, however, the P.E. Nation girl has grown up a little. From the basketball court to the street, the evolved palette (electric blue, fluoro pink, black, white, red and pastel pops) crept onto wind jackets, sweaters, cross-body bags and shorts when were at least three inches shorter than previous seasons. It was bold, albeit not logo loud signalling the brand seamlessly reaching their own recognisable aesthetic without words. “P.E. Nation are constantly staying ahead of the curb – urban athleisure for them was just the beginning,” says GRAZIA’s Fashion Director Aileen Marr from the bleachers-like school yard seating in Carriageworks. “It’s now suited to a more grown-up woman who feels empowered, fit and fashionable. The collection encompasses a look for all types whether you work out, lead an active life or love pops of logo-mania and colour in your look.”

The introduction of denim in all its striped, fringed and ripped iterations – was also a hit.

“It seems like a natural progression for Pip, the Queen of denim days gone by,” says Marr. “I recall first meeting her as a stylist in designer ripped jeans – Japanese denim of course.”

The big surprise at the end was no doubt P.E. Nation’s collaboration with Speedo on a swimwear line. Presented to guests by way of goggle-clad models being showered with water from the ceiling, it was clear Edwards and Tregoning aren’t just here to play around, they are here to keep pushing forward.

But they’re not done. Known for their seamless ability to team active wear with high end designer pieces, Edwards smiles when we ask her if a luxury line is in the works. “Oh, it’s coming, it’s one hundred percent coming,” she says. “Can we just talk about how last night on the red carpet at [Aje], I fully just wore an active set with a Fendi coat and Balenciagas?” 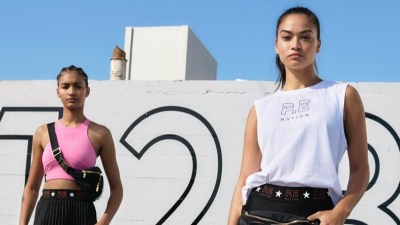