For anyone who has dined in one of his restaurants, good taste should come as no surprise

How does Maurice Terzini, the most tireless man in Sydney hospitality, spend Christmas?

“Probably [the] first thing [will be] a real sleep in as most of our venues are closed [for the] only day of the year!” he says. Then it’s on to Melbourne, his former hometown and the city where he both cut his teeth and is often credited with reenergising the local hospitality scene around food and wine, and their place in contemporary culture. “Christmas family lunch [has] really become much lighter so we have enough energy to hang out with the kids,” says Terzini, who this year welcomed another son, Leonardo William. Rather than stuffing ourselves and having no energy left!”

By New Year’s Day, however, it’s business as usual, as the restaurateur’s flagship venue Icebergs once again gears up for its annual party, now in its 16th year. And after a blockbuster year, Terzini’s forecast for the coming one indicates that there will be no slowing down, with the opening of the iconic London bar Scout on level two of the Dolphin Hotel; a guest curatorship of the Vivid food program at Carriageworks; and a position on the judging panel of the Restaurant & Bar Awards in London.

“Learning more about everything I can is important to me too,” Terzini says. “And if the gods permit, [there will be] a sabbatical in Milan so my children can learn Italian!” 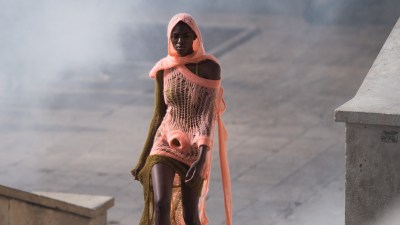