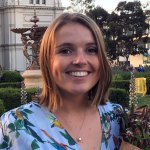 Tash Sultana and Matt Corby Are Collaborating on New Music

It's what you've been waiting for. Fans are excited for their ethereal voices to come together Tash Sultana and Matt Corby are making new music together, as an Instagram post by Sultana revealed over the weekend. On Saturday night, Sultana shared a behind-the-scenes shot of the pair working side by side at the mixing desk. The caption read “Yeh so this is happening. MC & TS” while on Facebook she shared the same photo with the caption “you asked for it”. This is the first time that Sultana and Corby have worked together. Although Sultana’s management have kept the nature of the collaboration under wraps, triple j has revealed that the recording took place at a studio in northern New South Wales.

Sultana and Corby are two of Australia’s favourite musicians, who both are praised for taking a fresh, different perspective on music and song-writing. 2016 was an incredible year for Sultana, who was plucked from virtual obscurity, busking on the streets of Melbourne, to selling out huge shows both locally and abroad. Her phenomenal live performances continue to impress music fans worldwide. Sultana is now preparing for another big year, starting with touring Laneway Festival this week, and will be busy playing shows in Australia, Europe and the U.S. until December. Corby recently performed at Falls Festival over the New Year, but does not have any shows announced in 2017 as yet.

Both Sultana and Corby are loved for their ethereal voices, and the collaboration has sparked great excitement amongst fans. Since her update on Saturday night, the image has been given over 26,000 likes and 1,800 shares on Facebook. Their fans are crossing their fingers that this partnership could spark a collaborative tour too.