The Row designer spent a few months away from New York to recover from her marriage breakdown, but she's now back and reportedly doing better than ever.

Back in May, Mary-Kate Olsen filed for divorce from her husband of five years, French banker Olivier Sarkozy.

The timing couldn’t be worse for the actress and fashion designer, who had reportedly initially tried to file for divorce on 17th April but was blocked due to COVID-19 restrictions in New York City. Things only got messier from there: Olsen detailed in documents submitted to the courts that she had received a letter from Sarkozy’s lawyers asking her to move out of their apartment by 18th May, despite the city’s stay-at-home orders.

She wrote that the lease on the former couple’s apartment had been terminated without her knowledge and that she was “petrified” she would lose not only her home, but all of her belongings inside as well.

Olsen then spent a few months recovering outside of the city, staying in the Hamptons with her close friends and twin sister, Ashley, before returning to New York City where she has been slowly getting back into the world of dating.

Despite rumors that the 34-year-old was seen with a possible boyfriend in New York City this week, a source told Entertainment Tonight that The Row designer is “single and having fun. She’s not seriously with anyone, but she’s dating.” The man she was photographed with is just a friend, they added.

Olsen is now living in New York City’s Upper East Side after spending her summer in the Hamptons. “She’s doing great and seems happier than she’s been in a long time,” the source said.

Olsen and Sarkozy married in 2015, and though they did not have any children together, Sarkozy has two teenagers from a previous relationship. His decision to not want more children was reportedly one of the reasons behind the split.

Olsen is worth an estimated $500 million USD and has an ‘ironclad prenup’ and ‘business interests and fortune are protected’ in the split, per Us. 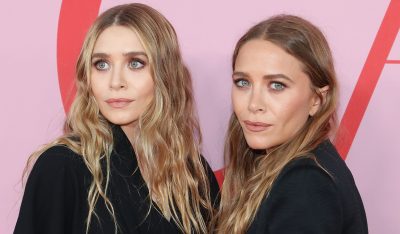 Mary-Kate And Ashley Olsen Have Finally Released Fragrance For The Row, And I’ve Never Wanted Anything More In My Life
Next page