Marina Abramović issues another ‘wholehearted apology to her Aboriginal peers’

"The most painful part of it all is that I have hurt Aboriginal individuals who trusted me, and that I perpetuated hurtful stereotypes of a people to whom I owe so much" “I want to wholeheartedly apologise to those who I have hurt”
Credit: Antony Crook via Facebook

One week after a leaked passage from a forthcoming memoir caused international controversy, performance artist Marina Abramović has again issued an apology for comments made concerning the appearance and culture of Indigenous Australians.

In an excerpt from Walk Through Walls, purportedly penned by the artist during her time spent living with the Pijantjatjara and Pintupi tribes near Western Australia’s Little Sandy Desert in 1979, Abramović observed that Australia’s First Peoples looked “like dinosaurs” and were “terrible to Western eyes.”

“Their faces are like no other faces on earth,” wrote Abramović, “They have big torsos (just one bad result of their encounter with Western civilization is a high-sugar diet that bloats their bodies) and sticklike legs.” After the excerpt received widespread attention in mainstream and social media, with #theracistispresent trending worldwide, Abramovic issued her first statement on the matter, attributing her comments to “an early, uncorrected proof of my forthcoming book [taken] from my diaries” that “reflects my initial reaction to these people when I encountered them for the very first time way back in 1979. It does not represent the understanding and appreciation of Aborigines that I subsequently acquired through immersion in their world and carry in my heart today.”

In the week since, comments on Abramović Facebook page have remained divided, with many aligning the artist’s comments with the kind of attitudes that contribute to the systemic oppression of, and discrimination against, Indigenous Australians. Abramović has evidently been tormented enough to issue a second apology overnight, this time more explicit in its regret (it actually includes the word ‘apologise’).

“I have tried to live my life with courage and I have very few regrets. However the events of the last week have been humbling. My choice to include in my unfinished memoir manuscript the passage from my 1979 diary that used such terrible language to describe my first impressions of Aboriginal peers in the Western Australian desert is one of these regrets. My heart has been aching continually since this came to light. My words were offensive and I want to wholeheartedly apologize to those who I have hurt as a result.

“The most painful part of it all is that I have hurt Aboriginal individuals who trusted me, and that I perpetuated hurtful stereotypes of a people to whom I owe so much and respect so utterly. I know that the words I used felt like a betrayal and I am truly sorry.”
“Devaluing the integrity, the beauty and the struggle of indigenous Australians, with whom Ulay and I lived from 1980 to 1981, must have seemed an assault on people who are particularly beloved and inspiring to me.” 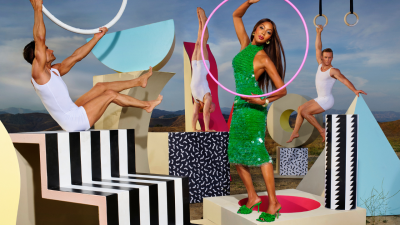