The actress says the musician, who she started dating when she was 18 and he was 36, "horrifically abused me for years"

Evan Rachel Wood has accused Marilyn Manson of grooming her and subjecting her to abuse “for years,” saying she was “brainwashed” and “manipulated” by the musician whom she dated when she was 18 and he was 36.

The Golden Globe-nominated star of the hit series Westworld shared a post on her Instagram page on Monday 1 February, saying she will no longer be silent and enable Manson to continue to abuse others. “The name of my abuser is Brian Warner, also known to the world as Marilyn Manson,” Wood wrote. “He started grooming me when I was a teenager and horrifically abused me for years. I was brainwashed and manipulated into submission. I am done living in fear of retaliation, slander, or blackmail,” she continued.

“I am here to expose this dangerous man and call out the many industries that have enabled him, before he ruins any more lives. I stand with the many victims who will no longer be silent.”

Manson and Wood began their relationship in 2007, when Wood was 18 and Manson was 36. They were engaged in January 2010, but called off their relationship seven months later. Vanity Fair reports that in 2019, Wood described an abusive relationship she had been in for several years with a man she met in her late teens during testimony given to the California Senate Public Safety Committee. “My experience with domestic violence was this: Toxic mental, physical and sexual abuse which started slow but escalated over time, including threats against my life, severe gaslighting and brainwashing, waking up to the man that claimed to love me raping what he believed to be my unconscious body,” she told the subcommittee. At the time, Woods didn’t name her abuser.

Manson, whose representatives were not immediately available for comment, has denied similar allegations in the past. His team has also “categorically denied” prior similar accusations.

In 2009, Manson was quoted in a Spin article as saying of Wood: “I have fantasies every day about smashing her skull in with a sledgehammer.” The Independent notes that when the quote was resurfaced as part of an interview with Manson last year, his PR team responded by saying the comment was “obviously a theatrical rock star interview promoting a new record, and not a factual account”.

Following Wood’s allegations, at least four other women have come forward with their own stories of abuse, including sexual assault, physical assault,  psychological abuse, and various forms of violence, coercion and intimidation.

“I have night terrors, PTSD, anxiety, and mostly crippling OCD. I try to wash constantly to get him out or off of me. … I am coming forward so he will finally stop,” Ashley Lindsay Morgan wrote on Instagram.

“I have been afraid to bring any spotlight upon myself as to avoid winding up in his crosshairs again,” wrote Sarah McNeilly. “As a result of the way he treated me, I suffer from mental health issues and PTSD that have affected my personal and professional relationships, self-worth and personal goals. I believe he gets off on ruining people’’s lives. I stand in support of all that have and all will come forward. I want to see Brian held accountable for his evil.”

Gabriella released a lengthy statement on Instagram, saying that she met Manson and started a relationship with him in 2015 when she was 22 and he was 46. “It has taken me five years to speak out and say that I was in an abusive relationship. I have been diagnosed with PTSD and still suffer from nightmares,” she wrote. “I blocked out a lot of the memories, but the feelings remain and manifest in various ways. The reason I’m finally sharing this traumatic experience is for my healing and because I’m done being silent. I don’t believe it’s fair for someone to not be held accountable for their horrific actions.” 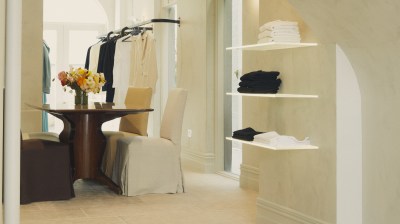 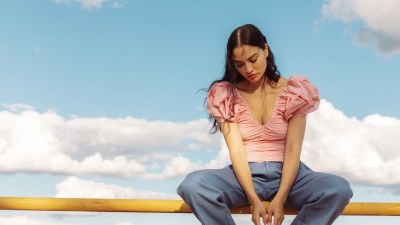