In Conversation With “To All the Boys 3” Star Madeleine Arthur

In a virtual interview with GRAZIA, the actress talks about playing Chris in the beloved Netflix trilogy—and more

I hopped on a Zoom call with Madeleine Arthur in mid-January, exactly a month before the highly anticipated release of Netflix’s To All the Boys: Always and Forever. Ahead of the third instalment, released on Friday, February 12, the star’s team hooked me up with a top-secret screener. I cried like a baby (more on that later), for no reason greater than it’s the most beautiful way to document the final chapter of Lara Jean Covey and Peter Kavinsky’s high school love story. I promise that’s by no means a spoiler.

If you’re new to the trilogy, adapted from Jenny Han’s novels, the 23-year-old plays Covey’s quirky, energetic, and loyal best friend, Christine (AKA, Chris). Like the main protagonist, Arthur’s character evolves considerably from the first movie to the third in style, makeup, and emotion. She trades overdrawn black eyeliner for softer hues that subtly define her features and cool, retro clothes that reflect her unwavering confidence in who she is. Keeping in line with her carefree, curious nature, she decides to pursue a gap year abroad in Costa Rica.

Ahead, Arthur chats with GRAZIA about TATBILB 3, her beauty routine, personal style, and more. The following conversation has been edited for ease of reader experience.

GRAZIA: To All the Boys: Always and Forever comes out February 12 on Netflix. How do you feel about it being the last movie in the series?

MADELEINE ARTHUR: I’m so excited! It’s also bittersweet because it is the last movie in the series, but I can’t wait for everyone to watch it. There’s such a warmth to it. It’s uplifting, and I feel like that’s something we can use right now. I just can’t wait for people to see it. It’s such a wonderful finale and third chapter.

G: It certainly is! I watched it last weekend because Netflix was kind enough to send me a screener and I cried my eyes out. I cry over happy things, sad things, anything, so that’s in no way a spoiler. I’m assuming you’ve watched it. How did it make you feel?

MA: Same here! It made me emotional, definitely, and I’m so happy to hear you enjoyed it so much. I also just kind of beamed the whole way through watching it because it brought back all these memories and I started feeling nostalgic for filming, and all the cast members, and just the whole experience. I was just smiling and grinning, and when the movie ended, I felt so proud of it and proud to be a part of it. When I think of it as a trilogy, that’s still a pinch-me moment.

G: Did you read all of Jenny Han’s books before filming?

MA: I read them all before filming over the auditioning process. I read the first one before filming, and the second and third together before filming the two consecutive movies we filmed back-to-back. Like so many, I was charmed by Jenny Han’s world. I fell in love with all of the different characters. They’re dynamic, fun-loving, and vulnerable. I, too, became a fan.

G: How would you say your character, Chris, evolved from the first movie to the third?

MA: From a character standpoint, all of the characters go through a lot of growth and maturity. Her style evolved and her makeup looks evolved. Her fashion sense changes through the movies and the same with her makeup. In the first movie, you see a lot of heavy liner. In the second, you see her playing with colours, like yellows and blues and greens. In the third movie, she comes into her own in her style and makeup.

G: What are some of your favourite costumes, whether from the third movie, or all of them?

MA: Going with the third, I love what she wears in New York. I think it’s so fun— the long flared pants. I felt great wearing them out on the streets of New York. They’re super cool with the Blondie T-shirt and I’m a big Debbie Harry fan. I also love her prom outfit, kind of channeling old Hollywood glamour. That was so perfect.

G: How do you define your personal style?

MA: I like to think of it as ‘classic with a twist.’ I try to keep it chic, yet playful.  I like finding new and independent designers. I like to find unique pieces that I know I’ll wear for a long time. I have stuff in my closet that I bought like six, seven years ago that I still wear all the time.

MA: Yes, I love the matching set trend. I haven’t purchased one yet, but in the last week I’ve been going, “maybe it’s time.” Also, sweaters. Sweaters all day every day.

G: I’m loving your sweater right now! Do you know what designer it is?

G: I loved that first scene in TATBILB 3 of you putting on your makeup outside of school in a car mirror.

MA: That was so fun! That was our first scene back filming in Vancouver after we had filmed in New York. It was such a fun scene with Lucas and Lara Jean and Chris, the original trio we saw in the first movie.

G: What are some of your favourite beauty products? I’d love if you could tell us about your daily routine!

MA: Skincare is super important to me. I’ve had a morning and night routine since I was 13. Washing my face and using creams has always been super important. I use a lot of the Zoe products and SkinCeuticals, which work really well. I have super sensitive skin. I also have always used a BB or CC Cream. I feel like I read about it in Teen Vogue when I was 14 and I’ve used them ever since. I use the Chanel CC Cream. I’ve used that for a couple of years. It has SPF in it and it’s slightly moisturising. If my skin’s clear, that’s all I do, plus Jane Iredale pressed powder. An actor friend recommended it to me when I was 14. When I find a beauty product I like I stick with it, especially with sensitive skin. Once you start playing around, you think, “Why did I try something different?”

G: Do you have a mascara you love?

MA: Right now, I’m using Le Volume de Chanel, which is very lovely and amazing. If I ever need a waterproof, I use L’Oréal.

G: In what ways would you say you’re similar to Chris in terms of your personal beauty routine? Or different! Your call!

MA: Chris and I both curl our eyelashes. My makeup routine is quite different than hers. I feel like the closest it is to mine is in the third movie with cooper and gold eyeshadows. I was really lucky; I got to collaborate with our hair and makeup artists in the third movie on the prom look. That was really cool that they wanted to hear my opinion.

G: The prom scene is so special.

MA: The prom scene was so much fun to film. The dance moments were slightly nerve-wracking but did we have music playing which was great because it was all done in one take. I actually fell down when I went into the dance circle, but I made it part of the dance because Chris was supposed to have an ironic dance. That did not make it into the movie. *Laughs* I recovered and was like, ‘I’m just going to make this a move.”

G: Overall, what were some of your favourite memories of filming the third movie?

I loved filming in New York. We were filming in some of the most iconic locations. We did the Met, the Highline, we got pizza at Rubirosa and sushi. It was so, so much fun. We rented a boat for an afternoon one time, which was literally when I think of the summer day you imagine being the most perfect, I think of that day on the boat. It was very, very special. As you can see, I’m trying to hold myself together. I miss seeing everyone so much.

G: What’s next for you right now?

Next, I’m going to be in a comedy series called Chad on TBS. My character is so quirky and cool and I loved playing her. I’m also in this visual video art installation that was meant to be at the Park Avenue Armory, but due to current circumstances, it’s been delayed. Stay tuned on that one. It’s by Rachel Rose, who’s an incredibly talented artist.

If you haven’t watched the To All the Boys: Always and Forever trailer yet, hit “play” on the video below, and be sure to check out the third instalment of the trilogy, available now on Netflix. 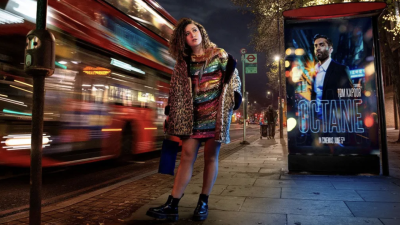 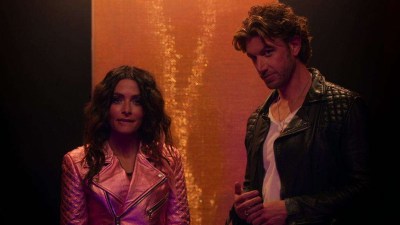