I’m 29-years-old. And at the risk of sounding naïve when compared to women 20 years my senior, I didn’t think Bravo’s first scripted drama, Girlfriend’s Guide To Divorce, would appeal to me in tremendous fashion.

At the risk of sounding ignorant as well, I couldn’t have been more wrong.

Heartbreak to any woman, at any age, garners the same feeling. And piecing your life back together after a long-term relationship can become nothing short of messy. Lisa Edelstein stars as Abby McCarthy, a successful author of a self-help series and mother of two whose marriage is best described as broken. And, while Abby is selling hope to the women who buy her books in pursuit of her perfect life, Lisa Edelstein’s fervent and real performance sells hope to women around the world going through a divorce/relationship break down. Don’t dismiss its title as another Lipstick Jungle just yet…

We see the real hardships of juggling children, work, reputation and a breaking marriage but then it’s all balanced out with friendship and humour. I think Abby sells hope to women in these situations, and there’s a lot of them. What drew you to her?
“All of those things. I mean, first of all, she’s the most complex character I’ve ever been allowed to play and to tell a story about a women who is embarking on a part of her life that a lot of other women might experience at her age. Abby’s back out there learning some of the things I learned in my twenties but she’s been married the whole time. So I love the whole mix of grown up success with naivety and everything that that brings along with it. I love [executive producer and Buffy The Vampire Slayer’s] Marti Noxon’s writing and it’s an amazing cast and working with Paul Adelstein, who plays my husband, was such a find because it’s not the story you think it’ll be when you walk in. You think it’d be the evil ex-husband who cheated on her and people just assume that that’s what the show is about. But its not at all which I love.”

I love that in 2016 we have a heroine who is a bread-winner. I also love the scene where Abby tries to pick up the younger guy. She’s forward and goes straight up to him and kisses him. It’s on her terms and I feel like the show is a sign of the times. I love that Bravo is airing this. Do you agree?
“Yeah I do agree. I also like that it’s a woman who’s my age, it’s not a story about a woman who’s in her thirties. Abby is in her mid to late 40s and she’s a viable, sexual, smart, talented, creative, strong woman who also makes a lot of mistakes and that’s all good. You want to see all of it. You want to see the mess. So what an exciting thing for women that more of our stories are being told.” In Season One, what do you think is one of the biggest challenges for Abby? What Is she most afraid of?
“I think in the first season she’s most afraid of being alone. And I think that’s true for a lot of people coming out of long relationships. It’s sort of this vacuum that happens when that very prominent half of your life is removed. And not only that, Abby’s still got her kids and even though she and Jake [played by Adelstein] are sharing custody, its a big difference when you’re by yourself with your children to when you have a partner. So I think it’s the aloneness and I think out of that aloneness comes a real sense of excitement too because there’s always possibility, there’s potential, but then there’s also this sort of dark hole. So you’ve got this great excitement and anything can happen and you’ve got this bottomless pit of fear sort of battling it out with each other.”

“What an exciting time for women that more of our stories are being told.”

I get the sense abby is a far more developed character in season 2. is she handling the separation better?
It is a very different part of her journey and it’s brave. I think Season One is really about finding yourself, reclaiming your life. You know, it’s okay, you are you even without your partner. And then Season Two is about once you’re done resolving that you are you and you’re not together and all that you have left is you. There’s not one left to point your finger at. Now what? So I do really love that about where it goes in Season Two. But Season One is exciting because it really is about finding the power again. And its about friendship, its about when you loose your partner or husband or wife, your closest ally is no longer with you. To think that you were enemies by the end of your relationship, its like, it’s your partner, you’re with them more than anybody else so you have to create a different kind of relationship out in the world. Suddenly you have emotional needs that are no longer being met the way they were being met, even if the way they were being met were negative.”

the new york times have said the show, at times, attempts a more semi-serious sex and the city sensibility. do you agree?
“I don’t think Sex and the City ever got serious. I think that it was a much lighter plot about sexual exploits and this show isn’t really that. There’s an under-current of real rawness and vulnerability that was not in SATC. That said, that show was a huge hit and I have absolutely no problem being compared to it because I hope that that audience looks to us for their replacement. I do think that there’s enough of it that has an aspirational quality to it. There’s beautiful fashion, there’s beautiful homes. All that stuff is the LA version of what Sex and the City was in New York.” There’s so much pressure for women to not only “have it all” these days, but to “have it all at once”. It’s the marriage, the children, the high-flying job, the beautiful home. What do you think defines success? And are you not a successful woman if you don’t have all these things?
“Well I’m fortunate enough to do what I love to do, so for me its very clear that when I’m doing what I love to do, it’s an incredible feeling of success but not everybody has that gift. Most people are working a job that they really couldn’t care less about. Success to them is how much power you have at your firm or what kind of responsibility people have handed to you. So I don’t know, I have a hard time answering that question because in the arts, it’s really when you get to do what you want to do and you get paid for it and have that part of your life taken care of and on top of that, success is being in a fulfilling relationship and having whatever family structure it is that you desire and a home that you feel safe in. Success is a little bit of everything isn’t it?”

Tell me about the dynamic on set between takes with the cast. What’s it like?
“It just depends on what kind of day it is and what they’re kind of shooting. You know, we can be very playful, we can be very focused, we can be very quiet. You’re there for 16 hours a day so it’s a very supportive group. And our crew is really special, our crew are incredibly wonderful, supportive, warm men and women do things like applaud and cry and sing happy birthday if they think what you did was awesome and I mean, its just an incredible group of people.”

What was it like working with Laverne Cox?
“It was great. I actually met Laverne because my husband [artist Robert Russell]  did the Orange Is The New Black campaign and I met Laverne at that point in time and she’s great. She’s really smart, she’s very well spoken. I think she’s been a really wonderful mouthpiece for the trans community and it was really nice to work with her. I wish we got to do more.”

What are your hopes for Abby?
“I think Abby just has a lot to learn. And I think that’s a wonderful thing.”

Girlfriend’s Guide To Divorce, Season One, is now streaming on Presto. 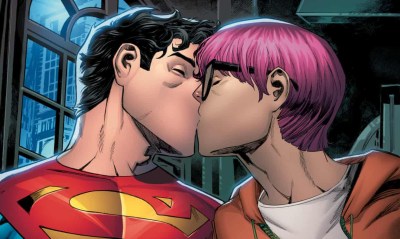 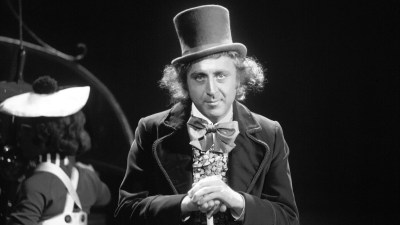