Who knew an Erewhon drop off could cause such drama

As a true Gen Z/millennial cusper, Kylie Jenner is a longtime fan of food delivery services. The 24-year-old famously racked up a bill of over $10,000 USD on Postmates in 2018 and, if TikTok is to be believed, it doesn’t look like the app leaking her delivery spending habits, which then made headlines globally, made her change one bit.

According to one user who alleges they recently worked as a delivery driver for Instacart, Jenner ordered nothing more than a $12 pack of pepperoni from the high-end grocery store Erewhon in West Hollywood from the app (iconic), which he says he drove it to her home in the Los Angeles area, recognising the residence as hers from photos online.

Pablo Tamayo, who has more than 400,000 followers on the app, says the order was addressed to “Ashton” and that he was instructed not to leave the delivery outside of the gated neighbourhood, but “that I have to call and I have to go through the gate.”

The video shows Pablo walking up to a residence and asking a person there, “Is this Kylie Jenner’s house?” The clip then cut back to Pablo in his car. “I just went in Kylie’s house,” he said, explaining he was greeted by a man who walked him past the gate and “through this little pathway with like a river beneath it.”

Pablo said he was told to leave the delivery by the front door, but that he got to “look into the whole house” before leaving. “I see all these assistants, all these maids and s–t,” he shared, adding he didn’t see Jenner, nor her four-year-old daughter Stormi or partner Travis Scott, but did hear “a baby scream.”

“I didn’t see Kylie, I didn’t see Stormi, but I swear I heard a baby scream,” he said. “CANNOT MAKE THIS S–T UP” he wrote in the video’s caption, however, in a response Jenner basically says, you can.

On her own TikTok, Jenner posted a video of herself making a salami and pepperoni sandwich – clearly referencing her reported Erewhon pepperoni order — but writing simply, “I’m convinced you either loooove mayo or absolutely hate it.” Then, in the comment section, she seemingly referenced Pablo’s video without mentioning him by name.

i’m convinced you either loooooove mayo or absolutely hate it

In a now-deleted message, Jenner reportedly wrote, “no one comes through the gate! the river ?? no river. the lying for attention rubs me the wrong way sorry.”

Jenner continued, “i did not order this myself. ! he WAS tipped through the app,” – referencing the part in Pablo’s video where he said he could have been tipped more. “Lied too about seeing through my windows and hearing my son cry. ??”

She also addressed fans who simply wanted to know more about the sandwich she was eating, writing, “Recipe coming soon lol.” 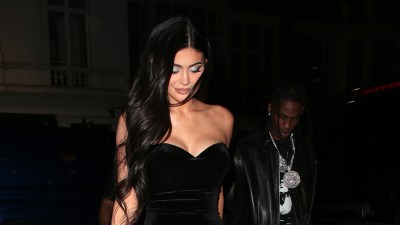 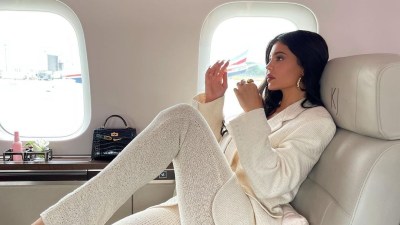 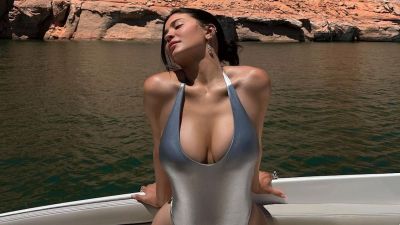