While appearing on Andy Cohen’s television program Watch What Happens Live, the Keeping Up With The Kardashians’s star told the host in a round-about way that Rose was not responsible for her image revamp, instead crediting her husband Kanye West. “I haven’t worked with her in maybe four years, so my reason [for the split] is not connected to this … But I will say that I read that it was said that she was the reason for my makeover — my makeover when I met Kanye — and I will say that Kanye got me a new team and we kind of documented it. So I think people think that’s the reason, and for me, maybe that is the reason. I needed a new vibe,” she told Cohen.

The reality star could of course be referring to an article appearing in the New York Post on April 18 2016 titled “Kanye isn’t behind Kim’s style evolution – this woman is.” In it, Rose is quoted as saying “Getting to watch the evolution of [Kim Kardashian’s] style has been the most rewarding experience of my career.” “[Kardashian] said ‘I’d love for you to come to my house and look at my closet, and let me know what I need to go to get on those best-dressed lists,” Rose told the publication. She then jokes she threw out 30 Herve Leger bandage dresses.

Kardashian also noted she had not spoken to Taylor Swift since their infamous feud and her sister Kendall is not part of the singer’s “girl squad”. 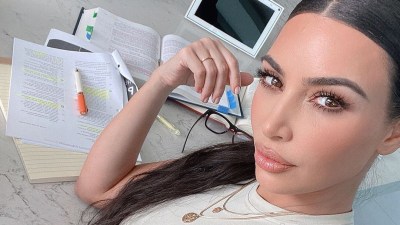