Kendall Jenner gets catty in another dose of '90s fashion

Another day, another piece of vintage designer for Kendall Jenner. We’ve previously reported how Jenner’s fast-becoming the pin-up girl for ’90s fashion; wearing everything from kittenish mules to cropped cardigans, bodycon to bread-y shoulder bags and a lot of Gianni-helmed, Medusa-laden vintage Versace (the peak of ’90s glamour). And overnight the model has reaffirmed this, appearing on the The Late Late Show With James Corden in a multi-coloured, skin-tight catsuit from Salvatore Ferragamo’s 1991 Collection.

Guest-hosted by Harry Styles – who Jenner has reportedly dated in the past – the show featured the two stars engaging in a round of “Spill Your Guts”, where Jenner was asked a series of questions of which she had to answer truthfully or be subject to eating questionable things like cod sperm and scorpions (for the record, Styles chowed down on the scorpion to avoid ranking his former One Direction band members).

As for the catsuit in question, it was originally worn by Linda Evangelista in 1991 and features a multi-coloured graphic shoe print, which actually had a matching cropped jacket. In stretch lycra, its strapless, sweetheart bodice moved down to a legging-style pant, which Kendall Jenner pulled off perfectly thanks to that lithe statuesque frame of hers.

A tricky look to pull off, if you’re game to go a full lycra jumpsuit keep accessories at a minimum like Jenner did. Now who would have thought you’d ever see cod sperm and a designer catsuit together? 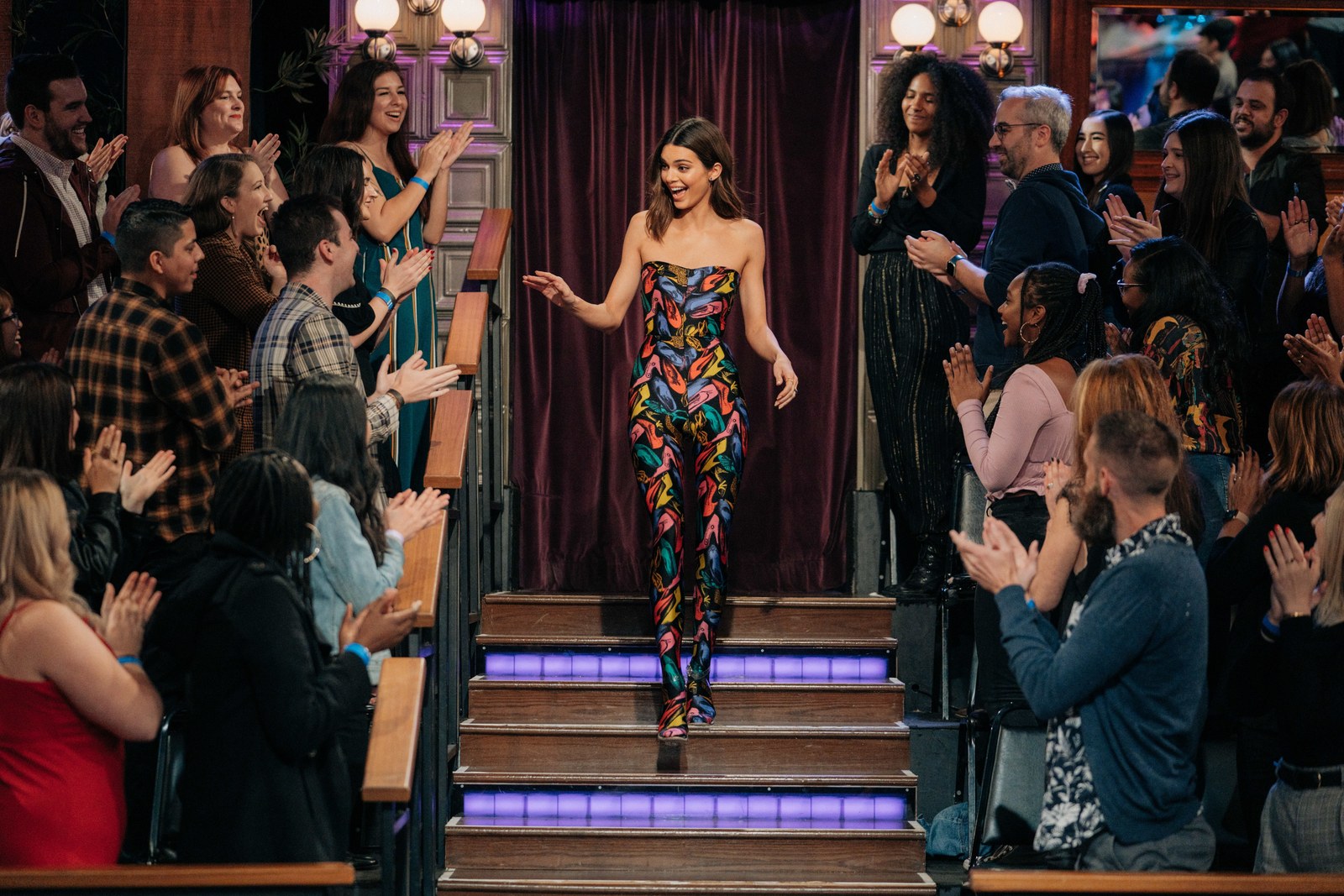