Kendall Jenner Is Off The Market Again

The model wasn’t in Los Angeles – where she lives – or New York – where her BFFs, the Hadids, are based – rather, she was in Philadelphia with her former beau, NBA player Ben Simmons.

According to TMZ, Jenner and Simmons rang in the new decade at rooftop restaurant Attico in downtown Philadelphia, which Simmons hired out for the night. The on-again, off-again couple reportedly arrived at the party around 11:30 p.m. and stayed for the clock to hit midnight.

The model and Australian NBA star were first spotted together in June 2018, but by September, Jenner was seen kissing Bella and Gigi Hadid’s younger brother, Anwar, during a New York Fashion Week party. In January 2019, Jenner was back courtside to support Simmons, sitting next to his mum, Julie, in the front row to watch his game.

Four months later, in May 2019, People reported that the pair were taking a break with a source saying, “the relationship ran its course. She’s spending time with her friends and back to being in fun mode.”

Since then, Jenner hasn’t been linked to anyone, but has been teasing fans by asking whether she should have a baby with her friend, Fai Khadra (the entire Kardashian clan voted yes).

Fast-forward to December 2019 and Jenner was spotted sneaking into one of Simmons’ games in Philadelphia, where she tried to keep a low-profile by watching from a private box, before opting out of celebrations with her friends and saying goodbye to 2019 with Simmons.

We try but literally can’t keep up with the Kardashians. 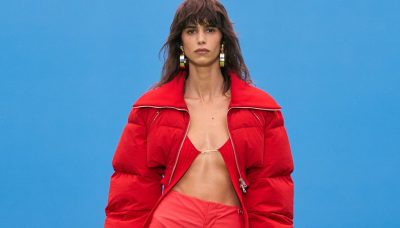 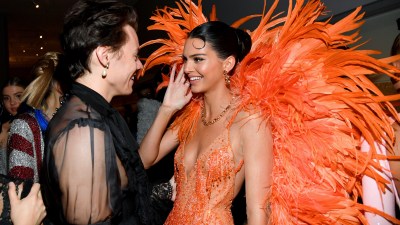