Just like the Duke and Duchess’ 2011 wedding, the bride wore Alexander McQueen to Britain’s night of nights

Even a Celine cashmere – and the warm show lights bathing a shivering Hollywood set below – couldn’t offset the icy London chill. Americans aren’t used to these four-degree temperatures, but Kate Middleton is. The Duke and Duchess of Cambridge arrived at the 2019 British Academy Film Awards overnight at Royal Albert Hall and in a scene reminiscent of their 2011 wedding, Middleton wore a white, one-shouldered, floor-length Alexander McQueen. The future Queen of England teamed Sarah Burton’s latest creation with silver Jimmy Choo “Violeta’s” and diamond pearl drop earrings which belonged to her late mother-in-law Princess Diana.

The latter wore the earrings in 1995 when she accepted the award for Humanitarian of the Year, an accolade presented by the United Cerebral Palsy Foundation.

Unlike Prince Harry and Meghan Markle, Prince William and Middleton did not hold hands on the red carpet – William is the President of BAFTA, a role he has held since 2010 and tonight’s appearance, while glamourous, is still considered civil duty. 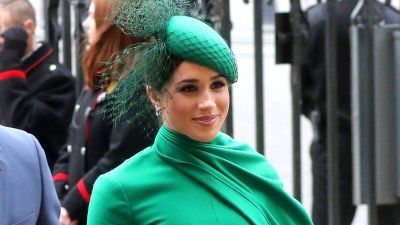 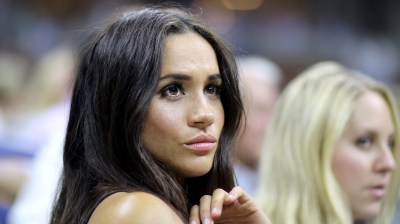 Anyone Still Have A Problem With Meghan And Harry’s Decision?
Next page