The musician and US presidential nominee is trying to start a feud with everybody's favourite woman, Issa Rae

Kanye West has said a lot of controversial things, but never has he hit me so personally before. After posting a vision board for his Presidential campaign, which randomly includes a teenage Kirsten Dunst, the rapper came for my favourite woman, Issa Rae, over the weekend.

Anything the creator and star of US comedy Insecure is involved in is brilliant, so it’s no wonder that her first gig hosting Saturday Night Live was applauded by everyone – other than West.

During her time on the show, Rae did a skit wherein she referenced the infamous time she was stopped by a journalist on the 2017 Emmys red carpet. At the time, the journalist asked Rae, “who are you rooting for tonight?” to which she replied, “I’m rooting for everybody Black.”

In a sketch called “Your Voice Chicago” featuring Keenan Thompson as the host of an early-morning talk show about local politics in Chicago and Ego Nwodim as a journalist, Rae played a council member of Chicago’s NAACP chapter.

“I’m voting for everybody Black” in the upcoming Presidential election, Rae said. “For too long our people’s voices have not been heard.”

Naturally, West, who heard about the skit, quickly took to Twitter to start a personal feud with Rae, despite the whole thing being… fictional comedy.

“Ive always said SNL uses black people to hold other black people back,” he tweeted. “My heart goes out to Issa Rae,” he continued, adding “I’m praying for her and her family.”

Bizarrely, West included a Google search for Rae’s name in Spanish below.

Ive always said SNL uses black people to hold other black people back My heart goes out to Issa Rae I’m praying for her and her family I know that the twenty years of service that I’ve paid in the entertainment field has furthered our ability to be more successful pic.twitter.com/kExwUVVsqv

West, who seems to still be running in the upcoming US presidential election despite not being registered in most states, later retweeted Adele’s post that she’s an upcoming host of SNL, so it appears his beef is with Rae, not the show itself. Weird. But what’s new. 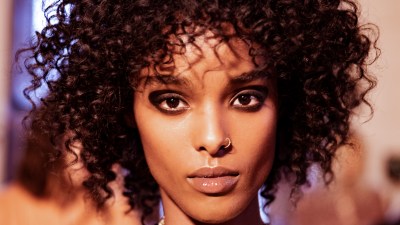 In Need Of A Party Season Beauty Muse? Take Your Cues From Chanel’s Polished Rocker Girls

A Little Slice Of Dior