Justin Bieber (read: one of the world’s most successful popstars and a perennial creeper of Instagram) has shown interest in a regular girl who works at a gym in Georgia. We know this because the 22-year-old personal trainer, Jessica Gober, was kind enough to share Bieber’s attempts to find out who she was via direct messaging her gym on Instagram.

“Did this actually just happen…” Gober posted on her Twitter. “lmao Justin Bieber just messaged the gym that I work at asking who I was hahahaha WTF”. Screenshots show the popstar DM’ing three questions to Fitness On Broughton reading “Who’s that girl?”, “[love heart emoji]” and “In ur latest post”.

Unfortunately for the singer, Gober published his receipts and even pictures of her own boyfriend citing “I’ve got everything I need right here”. Her decision to out Bieber has been received with positive and negative reaction for the internet. “Justin just asked who you were, it’s not like he asked you to marry him” one user posted to Twitter while others insinuated she could make a bit of money with this opportunity.

This isn’t an isolated move from Bieber who has surfed Instagram for a date in the past, usually settling on up-and-coming models. While to receive a message like that from one of the world’s biggest stars would be flattering, ex-girlfriend Selena Gomez would also be feeling a little bit satisfied of her past love’s self-Tinder-eque scrolling moves. Take a look at the one-sided exchange below. Did this actually just happen… lmao
Justin Bieber just messaged the gym that I work at and asked who I was hahahaha WTF pic.twitter.com/mktcdB1iDP 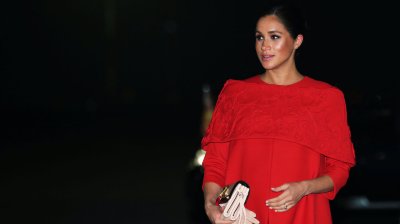 What’s All This About Meghan Markle’s Name Being Removed From Archie Harrison’s Birth Certificate?
Next page