When it comes to fine jewellery advertising, it’s not typical for the model – no matter how famous he or she might be – to intentionally outshine the hero bling. But when you’re working with Oscar-winning Hollywood goddess Julianne Moore, you’d almost have to expect her to steal the show.

The 56-year-old literally glows in the new Made for Legends campaign by Bali-based sustainable men’s and women’s jewellery brand John Hardy, which is also a favourite with eco-savvy stars like Zayn Malik, Frieda Pinto and model Adwoa Aboah.

In the international-release images, Moore stands against a dark studio background, staring dramatically into the camera. In one shot in particular, her arms are crossed in front, wrists wrapped in snake-like chains, while her signature flame-red hair billows sensationally around her. Whether intentional or not, it conjures Wonder Woman vibes, which is wholly appropriate given in the acting realm, that’s precisely what Moore is. 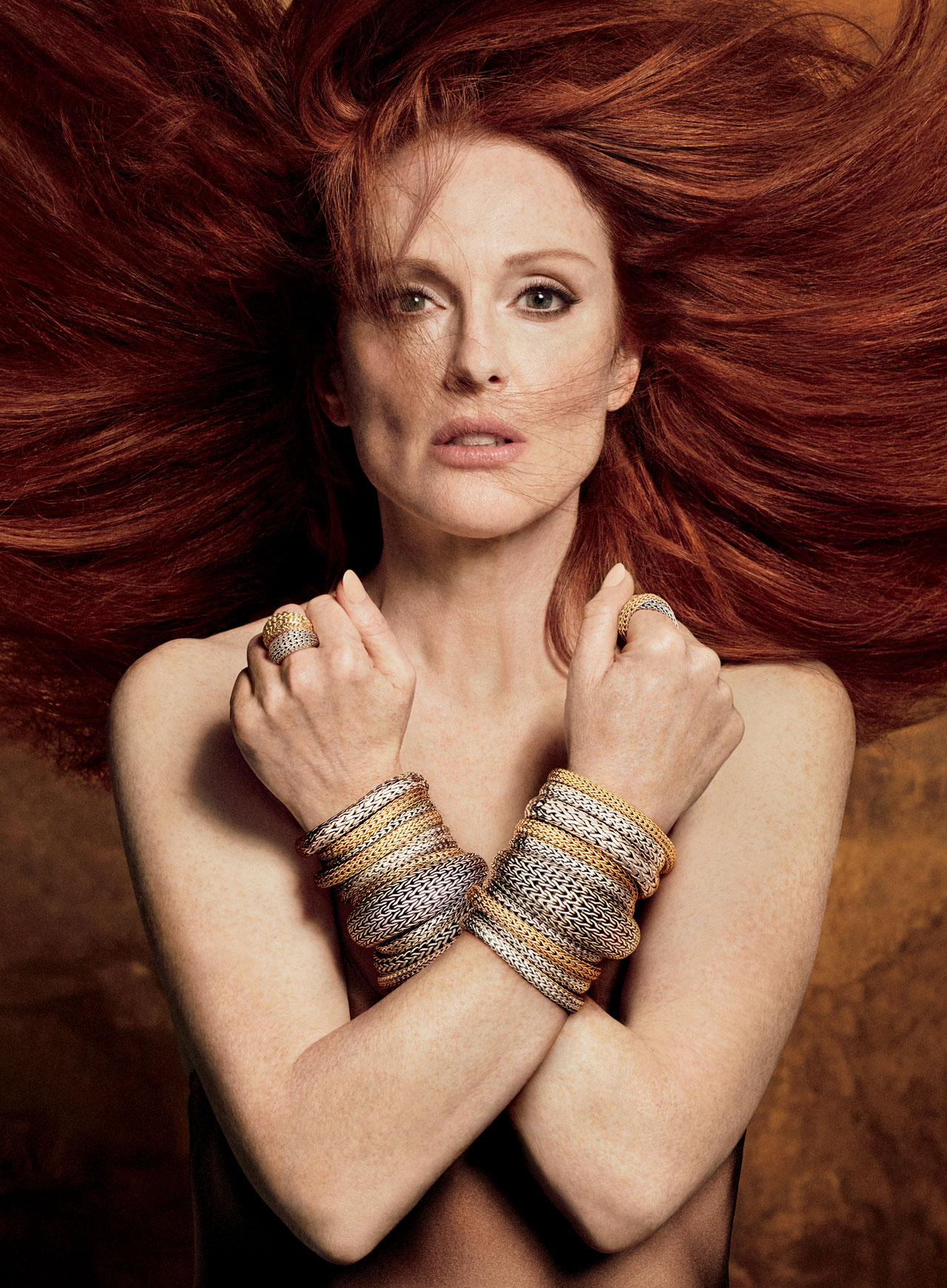 But striking as the campaign shots are, it’s Moore’s musings on why people love jewellery – for emotive reasons even more than aesthetics – that shed light on what a truly deep and creative thinker she is too.

“I’m fascinated by decorating our environments and ourselves,” says the prolific film award-winner and regular best-dressed red carpet fixture who has been no stranger to fashion finery over the years. “It’s interesting, because it’s not a human necessity, and yet we continue to decorate our environments and adorn our bodies with clothes and jewellery.

“We wear jewelry as talismans of the people and moments that we love. Jewellery in particular can be very emotional because often it’s given as a gift, whether to yourself or from a loved one. It might represent a marriage, a birth of a child, a friendship, or a love affair.”

There’s also more romantic depth to the John Hardy brand than meets the eye too. Founded in 1975 by the Canadian artist of the same name, it began as a collective in Bali to preserve traditional jewellery-making techniques.

Every piece is crafted by hand using ethically sourced gemstones, reclaimed silver and gold, and techniques passed down through generations of artisans, many of whom worked created finery for Balinese royalty.

A simple chain bracelet, for example, takes one person four full days to meticulously create by hand – quite the opposite of the fast fashion and mass-made jewellery that’s the norm now. More surprisingly then, given the labour involved, prices for chain bracelets start at just $376.

It’s a unique offering and artistic stance that’s not lost on Moore.

“The most interesting thing about craftsmanship is that a human being has sat down and put in the time and the effort into making something that another human being picks up and wears or uses,” she noted. “It’s a way of communicating with another person. It’s a way of investing in other human beings so that we can all thrive.”

Now that’s a notion worth sustaining.

The John Hardy Made for Legends collection is available now. Prices start at $249 for hammered silver stud earrings or silver and leather bracelets, up to $43,000+ for a thick 18kt gold necklace.

mORE BEHIND THE SCENES: 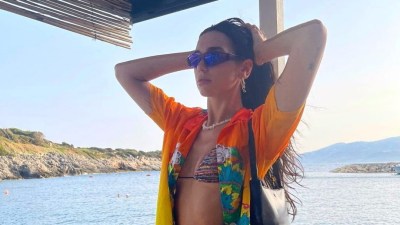 Dua Lipa, Bella Hadid And Hailey Bieber Are All Wearing This Jewellery Brand