And so will we. Shop the chocolate hue with polka-dots now 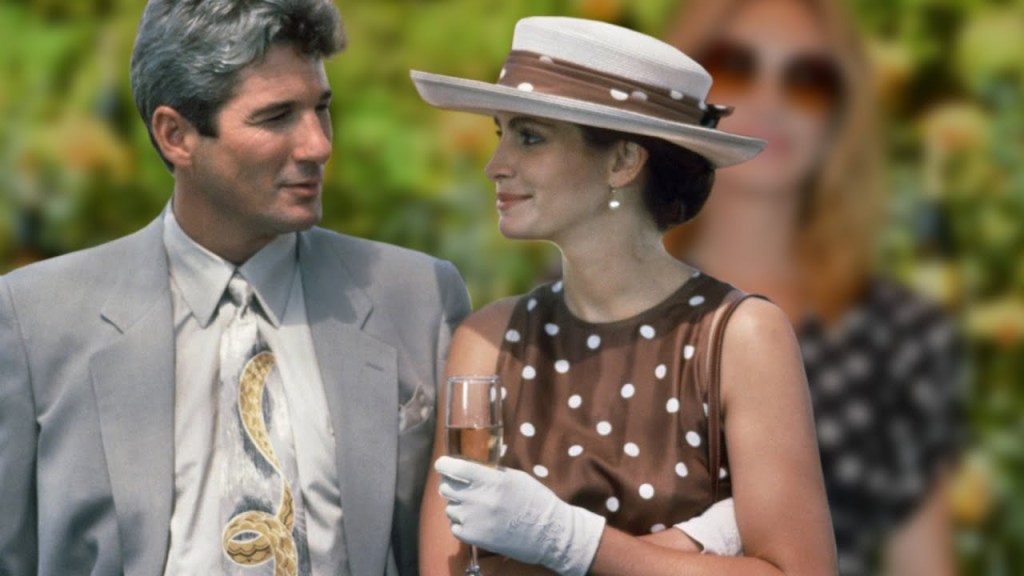 While calling out a rude commission-based shop girl will always be in fashion – “big mistake, huge! – it turns out the milk-chocolate and white polka dot trend is having a sartorial resurgence courtesy of the heroine who made it famous in 1990. Julia Roberts stepped out at the Veuve Clicquot Polo Classic in Pacific Palisades in California this weekend in a very-Vivian spotted number, reminiscent of her street-walking hooker-come-good character in the classic romantic film Pretty Woman.

Yes, the 80s are over – and Roberts’ weekend version was indeed black and not brown – but the sleeve, the peplum and the belted waist was a time capsule back to the era, and the film. The media of course labelled this spotty cameo as a nod to the scene where Edward Lewis (played by Richard Gere) takes Vivian to a Polo match as his date, only for some of his friends to realise her real occupation – and fee.

Meeting Roberts in Toronto last year, I asked how she thought Pretty Woman’s storyline had aged. “I think anytime you’re going to reach back to bring something into the present, there’s going to be trouble making the connection for a variety of reasons,” she said. “They could be political, cultural – they could be just dated clothing – so I don’t think it’s a reasonable testament to challenge the question of now, to use that as a template of ‘Would that work now?’. We have no way of knowing that.” 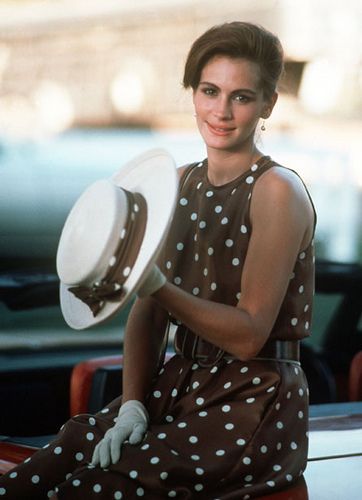 Across the years and across the world, many girls’ living rooms have looked like a fabric shop in an effort to make that tie-dye blue and white cut-out mini from Pretty Woman’s opening scene on Hollywood Boulevard. I was one of them:

Hours have also been spent shopping the off-the-shoulder red dress for Edward and Vivian’s opera date, a costume party win if you were lucky enough to walk into a Vinnies that stocked the crimson hue. But so close to Halloween, could Roberts’ recent parallel to her 80s character mean we might see more Vivian-At-The-Polo looks this holiday? The mind boggles. (Zimmermann’s AW19 espionage collection produced the closest version to the dress I’ve seen. With a structured accordion-pleated skirt, it’s currently sold-out but we will let you know when there is a re-stock. Caroline Constas is a close second. See below.)

Costume party or drinks with friends, here are some chocolate, tan and ochre hues with a punchy spot to channel the prettiest woman of all.

Miranda Kerr On Finding Respite In Self-Care Rituals, Proving Her Doubters Wrong, And The One Skincare Product That Katy Perry Steals From Her
Next page