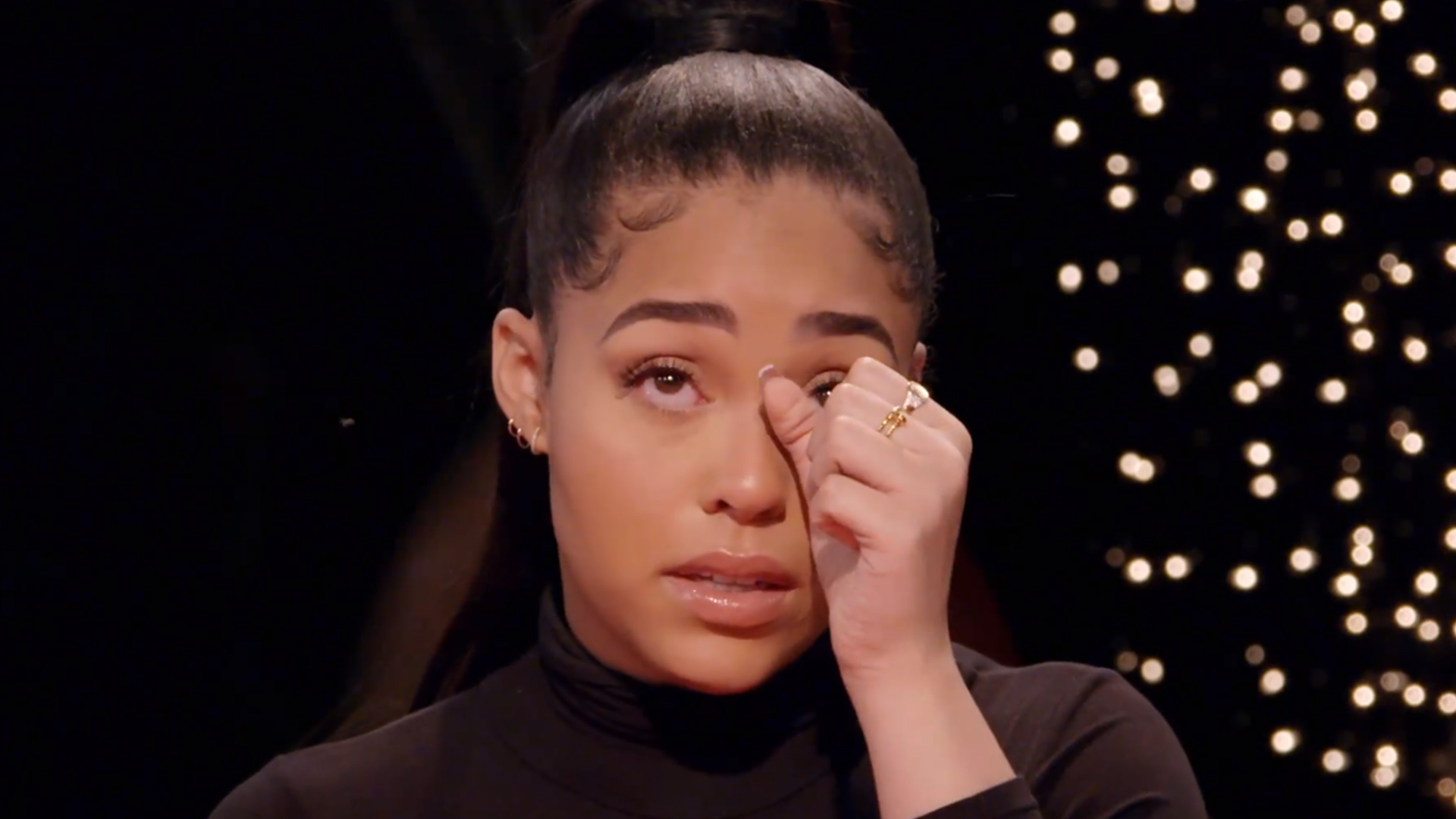 Jordyn Woods has denied she hooked-up with Tristan Thompson, painting their encounter as a non-sensual kiss.

In an interview with Jada Pinkett Smith on her Red Table Talk Facebook show, the 21-year-old went into detail describing the night – or more accurately, morning – that led to one of the biggest celebrity scandals in recent memory.

But soon after the interview streamed on Facebook, Khloe Kardashian angrily responded on Twitter, telling Woods “You are the reason my family broke up!”

“If you’re going to try and save yourself by going public, INSTEAD OF CALLING ME PRIVATELY TO APOLOGIZE FIRST, at least be HONEST about your story. BTW, You ARE the reason my family broke up!”

Why are you lying @jordynwoods ?? If you’re going to try and save yourself by going public, INSTEAD OF CALLING ME PRIVATELY TO APOLOGIZE FIRST, at least be HONEST about your story. BTW, You ARE the reason my family broke up!

Tristan is equally to blame but Tristan is the father of my child. Regardless of what he does to me I won’t do that to my daughter. He has been addressing this situation PRIVATELY. If Tristan were to lie publicly about what conspired,then yes I would address him publicly as well

As she tells it, Kylie Jenner’s (former?) best friend was about to walk out the door of the home of Thompson, Khloe Kardashian’s boyfriend and baby daddy, at around 6AM after a night of drinking with him and a group of others. She had a car waiting for her.

“He’s like, are you sure? It’s fine, you can be safe here.’ I was like, ‘You know what, I need to go.’ I had a car outside, there was a driver that had been waiting.

“I was not tipsy; I was drunk,” Jordyn underscored. “But I was not beyond the point of recollection. I know where I was. But on the way out, he did kiss me.”

Jordyn described it as “a kiss on the lips, but no tongue kiss, no making out.”

After that, she says, she got in the car to go home and struggled to comprehend what had just happened. Later, she spoke to Kylie and Khloe when word started to get around that she and Tristan had been seen getting “cosy” at the party.

She said at first she denied the pair had kissed because she was “trying to protect Khloé’s heart,” but later realised she had to confess what had happened.

“I had talked to Khloé and she asked me what was going on, if everything was fine. In my head, in trying to forget that part of the story, I was just like, ‘No, he was chilling, everything was okay. There were girls there but he wasn’t all over the girls.’

“I was honest about being there but I wasn’t honest about the actions that had taken place,” she continued. “I just knew how much turmoil that was going on that I was like, let me not just throw more fuel on the fire.”

Woods said she was willing to take responsibility – mainly for the fact she should not have been at the house in the first place, she said – but felt the wrath of the public and the internet has been disproportionate to her ‘crime’.

It’s hard not to feel sorry for Jordyn as she describes the hate she’s gotten over the incident, and remembering her tender age. Online bullies have sent comments saying her father, who passed away when she was a child, deserved to die. She said her family, including a 12-year-old sister, are not able to leave their home because of the public attention.

According to reports, the Kardashian-Jenners are “done” with Woods, and Khloe’s tweets confirm she at least is not leaning towards forgiveness. But should a 21-year-old girl’s one mistake see her lose what has amounted to a second family? TBC.